ROLLING BACK THE YEARS - APRIL-JUNE 2004 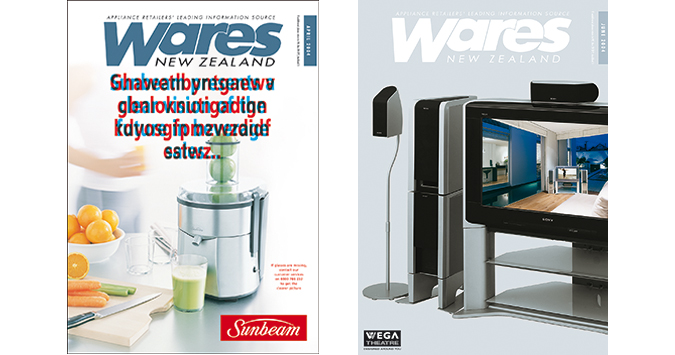 The headline said: “Sunbeam presents a clear vision of the future in beverage sales”… and was designed to celebrate a new juicer, two kettles, a drip-filter coffee maker, a one-touch espresso machine and the crowning glory, a 15 bar pump espresso machine.

The New Zealand Herald had run a piece headed “Retailer’s ads not all they seem” after the Consumer’s Institute had done some digging and the “greyhound of fair trading superheroics” – the Commerce Commission – had opened an investigation into one retailer’s practices.

Nothing’s changed there, by the look of things.

Passing the baton – In 2004, the Whirlpool brand’s baton was passed to Fisher & Paykel, whose MD at the time was John Bongard.

Fast forward 15 years and our congratulations go to John, ONZM, who’s recently been named one of Auckland University’s 2019 Distinguished Alumni!

In terms of Whirlpool New Zealand, Matt Sinclair was appointed GM, charged with setting up a small team dedicated to supporting the brand.

Matt had been with the company since 1995, most recently as Product Marketing Manager based at the Dunedin dishwasher plant, then in 2006 he transferred to the States.

These days Matt is General Manager – Canada for Fisher & Paykel Appliances, having previously held various roles out of Huntington Beach California, the most recent being Vice President Sales, North America.

In January next year, Matt will achieve 25 years’ service with the company.

Stick em up! – As a boxer, George Foreman was pretty handy, but in 1995 he began a relationship with Salton which saw the George Foreman Grill become virtually a generic name for household grilling appliances.

Paul Holdsworth was Salton’s New Zealand National Sales Manager back in the day and he took the corporate message tirelessly across our country, thereby ensuring the global success was reflected here.

In 2004 Paul took himself off to Sydney where Big George was cooking up a storm for invited guests at the Park Royal and had this to say on his return: “George’s enthusiasm for the grill and roasting machine was exceptional. It was great to see the man himself, with the products he obviously has such a passion for.”

Today, Paul is Sales Manager at Speed Queen (allegedly “the largest manufacturer of commercial laundry equipment on the planet”), while George is an ordained minister, author, and entrepreneur and both he and Salton have done very well from their 24-year partnership. 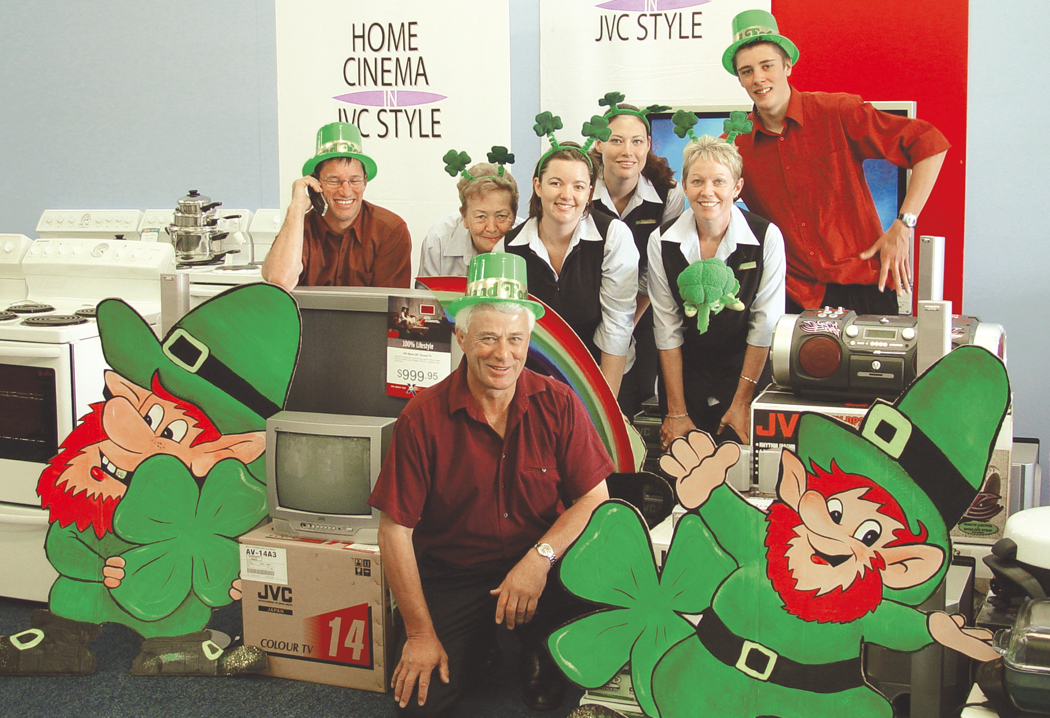 A bigger slice of Pye – 15 years ago, Gary Pyes 1OO% Your Electric Store was named JVC Retailer of the Month, 25 years after Gary Pye first opened in Waiuku South Auckland and he put the team’s success down to “pushing the point of difference”.

Gary recalled challenging and changing times. No longer were there fishing rods and reels or other seasonal items.

There were plenty of plasma TVs though, and heaps of other TVs, projectors, DishDrawers, refrigerators, laundry and cooking appliances and more filling the shop.

“People may tell you we’re lucky to have little competition in Waiuku,” he told Wares, quickly qualifying with: “I wish! We are 20 minutes from Manukau City and 30 from Botany Downs and we compete directly with dealers in those places. Consumers presume they can bet better prices and a wider selection.

“Here though, the deal, the package, the hassle-free service and the store personality wins every day.”

Late last year, Gary Pye decided to retire and sell the business. It is now managed by Shailza Walia, the new entity being jointly owned by Shailza’s husband, Gaurav Khurana and her brother, Saurabh Walia.

The island life – Appnet went north for its 2004 conference – in fact to Norfolk Island, where GM, Warren Brewin, outlined the strategic focus for the ensuing 24 months.

In his opening address he reported that sales at Betta Electrical and Kitchen Things (yes Kitchen Things) had grown by 13.8% and 16.7% respectively in the last year, testimony to Appnet’s “clearly defined brand strategies and strong supplier support”.

Warren was confident that the further development of the “Generation 2” large format store concept and increased promotional activity would enhance the Betta Electrical image.

Do check out Warren’s book at www.warrenbrewin.com

We now find Melanie at Ingram Micro NZ, where she is General Manager of the Volume Business Unit, Rick is Senior Manager at Dove Electronics and Steve is Ops Manager at Forbes & Davies, wholesaler of motorcycle & powers ports supplies.

In 2004 BDT welcomed back Kate Gibson into the role of Sales & Marketing Manager for OEM Products and announced that Trish Stenzel would be involved in the transition that followed the amalgamation of the consumer and air conditioning businesses.

Both are still at BDT (both having taken time out / left and returned), as Business Strategy Manager and Marketing Manager respectively.

Rachael is now with the renowned Weta Workshop as Global Sales Manager, Jon is Owner/Operator of Liven Up Electrical & Property Services in Auckland, Paul is a Christchurch-based Territory Manager with CDB Goldair and Lisa has a business called Shine Tees Co.

Cliff Carr heads up Sunbeam NZ these days but 15 years ago, Wares announced his appointment as HWI’s Sales Manager, while Chris McKee had taken the position of New Zealand Sales & Business Manager at Electrolux Floorcare and Consumer Outdoor Products, following his time at Whirlpool (as mentioned earlier in this article).

Having been a judge at the Wares Awards and then CEO of Retail Institute, Desleigh is now a Director at Gubb & Hardy, a wholesale contributory mortgage company, Michelle is Commercial Manager at L’Oréal Luxe NZ, Lee is GM at Filta New Zealand and Diana prefers to stay under the radar.