ROLLING BACK THE YEARS - APRIL-JUNE 1999 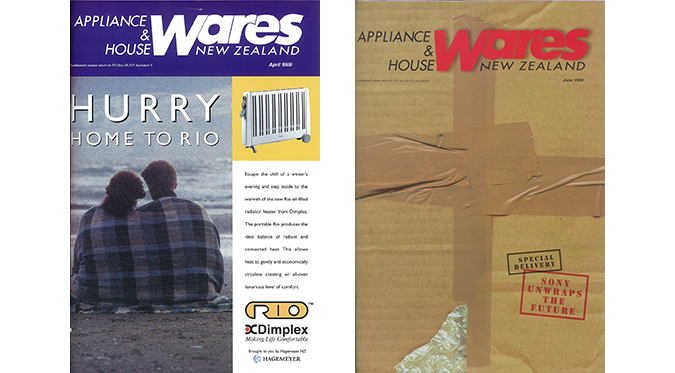 The rumour mill – In our world 20 years ago, the magazine had been busy sorting through a plethora of “rumours, innuendo and outright speculation” from in and around the industry.

Such snippets included the rumour of the sale of Bond & Bond by PRG to Roger Bhatnagar and Greg Lancaster no less, a decade after they got shot of Noel Leeming to the Murray Group.

Of course, that never happened and it would be several years before a major brown goods brand supplied The Warehouse, despite the rumours of the time.

Whirlpool makes a big entry – By 1999 Whirlpool was making progress with an aim “to be the market leader in New Zealand.” It was a mark of its aggressive intent that the brand bought five pages in Wares to tell its story, an inside front cover for microwaves and a four page advertorial.

We were reintroduced to the New Zealand front line team of Calvin Sandford (“Where are they now?” June 2012) who led the side as Country Manager, Alan Dalton as Account Manager Lower North Island and Chris McKee who covered the South Island in a similar role.

For some years now, Calvin has had his own company, ActionCOACH, Alan is GM Australia & New Zealand for Electrolux Home Care and Small Domestic Appliances and Chris is MD and owner of Jalmac Sales & Marketing, a sales agency and importer which manages sales for Sharp NZ and Arisit NZ, and is the importer and distributor for ACQUA refrigeration, Sensibo Wi-Fi heat pump controllers and MAP Coffee.

Hail to the chief – It’s always an occasion when a supplier’s international chief comes to our shores and Nilfisk-Advance was thrilled to welcome Ole Jakobsen who was Global President and CEO of the mother ship, Nilfisk-Advance A/S in Brøndby.

Ole hosted a dealer lunch for the company’s leading resellers, both in consumer and commercial & industrial.

He spoke of the group’s goal of becoming the world’s leading supplier of professional equipment then announced that in the 1998, Australasia had been the leading region for the Nilfisk brand in consumer. 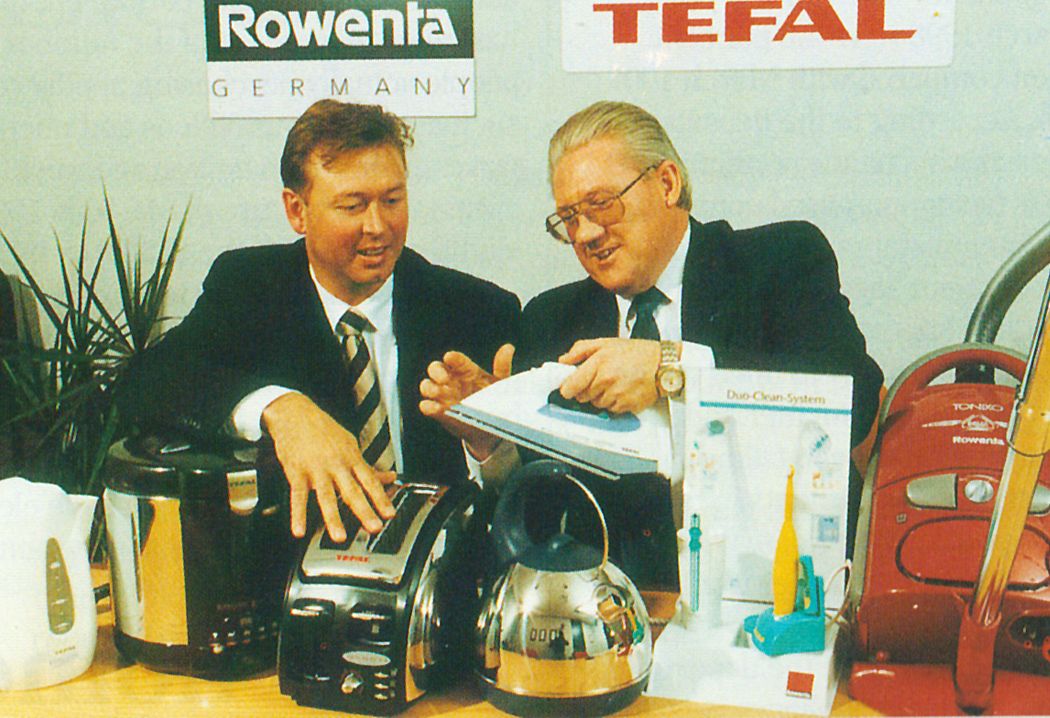 Out of the frying pan… – These days Groupe SEB in New Zealand comprises Darryl Brown as Country Manager and Bronwyn Muldrew as Account Manager.

But, 20 years back, Deane Westwood was the man in charge with new Tefal and Rowenta products ready for release through Ecco (NZ), led by Howard Mackley, with a CV that also included Swatch telephones and Bosch GSM mobile phones.

New Plymouth’s finest – In retail, the Sunbeam Award for Excellence in Retailing went to Mason Appliances in its impressive New Plymouth premises.

Brian Mason and Robbie Peel were on hand to accept the award from Sunbeam’s Greg Stevens and Fiona McKinnon.

Speaking with Wares at the presentation, Brian’s comments were typical of the attitude and atmosphere prevailing in our industry back then.

He said: “We love serving the people of New Plymouth. It’s not a matter of getting up and doing a day’s work, it’s about enjoying the day’s work. And when customers come into our shop we want them to enjoy the part of their day they spent with us.”

Nowadays Brian is with Property Brokers in Hawkes Bay and Robbie is retired after spending eight years at Harvey Norman.

Greg and his partner Lisa own Civic Video in Whitianga, half of which they have converted into a homeware outlet called Civic Style Homeware.

Rex Gibson of Gibson Retravision in Rangiora carried the torch at the “sports day” at Australia’s Institute of Sport which was won by Victoria/Tasmania.

These days, Rex is an International Employment Consultant at Business Immigration in Christchurch while Rob is busy investing in and developing commercial and domestic properties (not to mention the golf).

Errol keeps himself busy these days as a Director, along with wife Sarah, at Futurescape Global as well as partnerships in MMD, Viaduct Quay Holdings and Amam Consultants (not to mention the golf).

Brett has worked for Lion Nathan and Telecom since he left Philips and most recently was National Events Director for Fairfax Media. He has been enjoying a well-earned break in Mount Maunganui with a plan to move back to Auckland in the near future. Give him a call on 021 814 583.