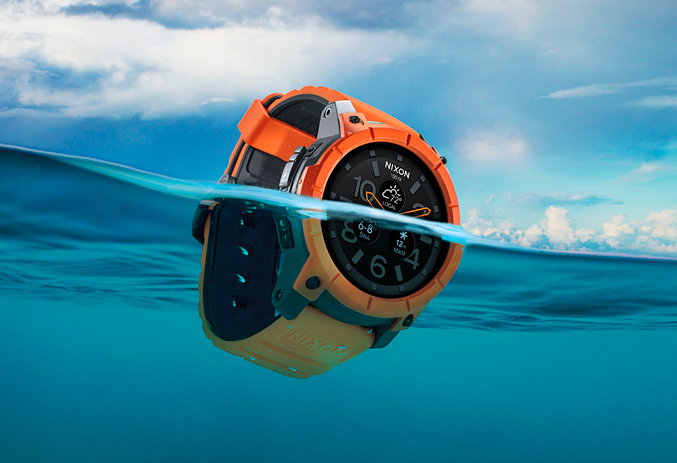 A round-up of some of the latest local and international wearables, personal care & health category news.

According to IDC, the worldwide wearable device shipments rose by 176.6% in 2015 with a big leap in the 4th quarter. For the full year, vendors shipped a total of 78.1 million units. IDC suggests that continued growth in wearables market will be dependent on continued and that becoming fashion-, rather than just tech-savvy will also play a key role in wearables becoming more mainstream. The report also showed that while wrist-worn devices dominated there was also “an immense amount of growth in other form factors like clothing, footwear, and eyewear – form factors that arguably require even more fashion sense than watches or bands.” 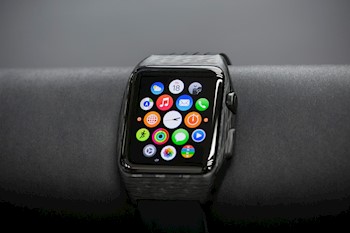 Apple shipped two-thirds of all smart watches in 2015

Apple dominated the smart watch market in 2015, accounting for over 12 million units and two thirds of all shipments according to Canalys. Samsung returned to second place in Q4, thanks to the Gear S2’s improved design and better consumer reception. Pebble was 3rd and Huawei 4th, at the same time establishing itself as the leading Android Wear vendor. Basic bands exceeded 37 million shipments for the year. Fitbit set a quarterly shipments record as it comfortably led the category. Xiaomi held 2nd place, shipping 12 million Mi Bands during 2015.

In March Sony opened up on its Future Lab initiative showing off early prototypes of products and inviting feedback from users.

A highlight of the opening was Concept N. Described as like “an Amazon Echo you wear around your neck”, this necklace-like device is built for hands-free use with four built in microphones and noise cancelling features so users can always talk to it even in a noisy environment.

After saying a trigger phrase, users command the device to use their phone’s GPS to give location-based info. Concept N can also give local news, weather or restaurant info and even take a photograph with its tiny embedded camera. It will also play music of a decent quality without earbuds, although Sony also showed a pair of accompanying earphones for better audio quality while still allowing you to hear everything around you. 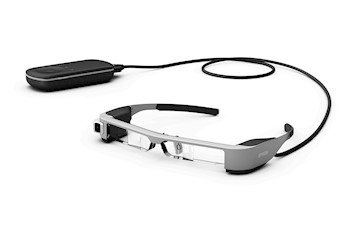 Epson has announced the third generation of its Moverio smart glasses for Augmented Reality, The Moverio BT-300. Available in Australia and New Zealand later this year, Moverio BT-300 features Epson’s own OLED digital display technology, enabling the device to be the lightest see-through binocular smartglasses on the market. Moverio BT-300 is approximately 20% lighter than its predecessor, the BT-200. 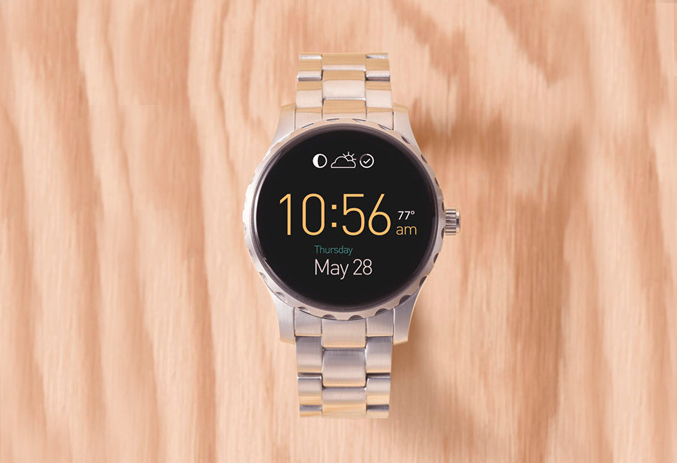 Watch brand Fossil is expanding its Android Wear smartwatch line-up with two new models, the Q Wander and Q Marshal, which be available later this year. Q Wander features a 44mm case and more feminine design, with a gold finish and softer lines, and interchangeable leather straps while Q Marshal offers a 46mm rugged case with a navy blue finish and vintage-inspired leather straps. The new watches will come with a revised wireless charger that’s slimmer than with Fossils previous model the Q Founder. 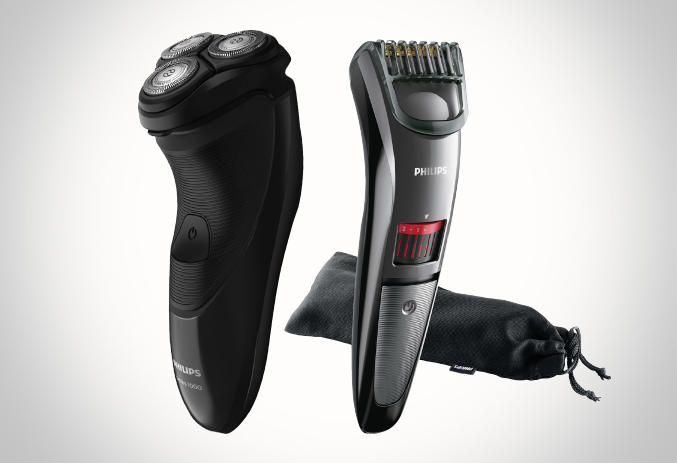 Philips new shavers offer an easy and convenient shave at an affordable price. Series 1000 dry electric shavers have 4-direction Flex Heads, combined with a CloseCut Blade System to guarantee a smooth result and come in available in two models S1110 (corded) and S1510 (rechargeable) – both with pop-up trimmer.

Series 3000 also has 4-direction Flex Heads to easily shave every curve combined with CloseCut Blade System and 50 minutes of cordless shaving after one-hour charge. Series 3000 model S3510 can be rinsed clean under the tap and can be used corded and cordless. 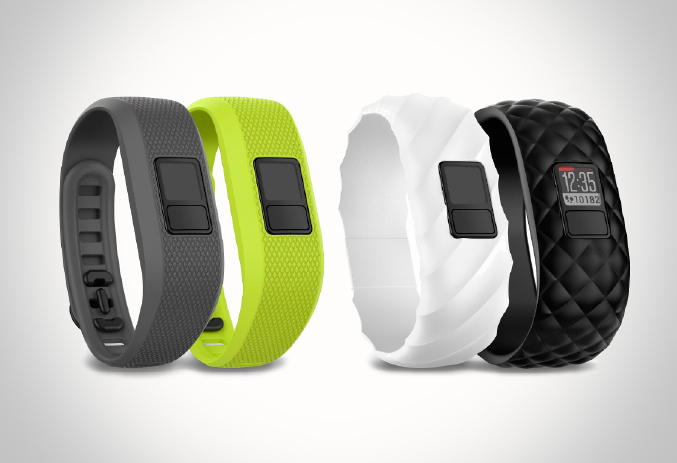 The new Vívoactive HR builds on the versatility and multi-functionality of its predecessor by adding wrist-based heart rate and a barometric altimeter – allowing it to track even more data essential to workouts and day-to-day activity.

With up to 8 days’ battery life in watch/activity tracking mode (with 24/7 heart rate monitoring, no GPS) or up to 13 hours using GPS, Vívoactive HR will send any notification from a compatible smartphone, including incoming calls, texts, emails, calendar reminders, social media alerts and more, to the device with a vibration alert. Users can check weather information, control music on their smartphone, control a VIRB action camera, locate their smartphone and allow friends to track activities with LiveTrack. 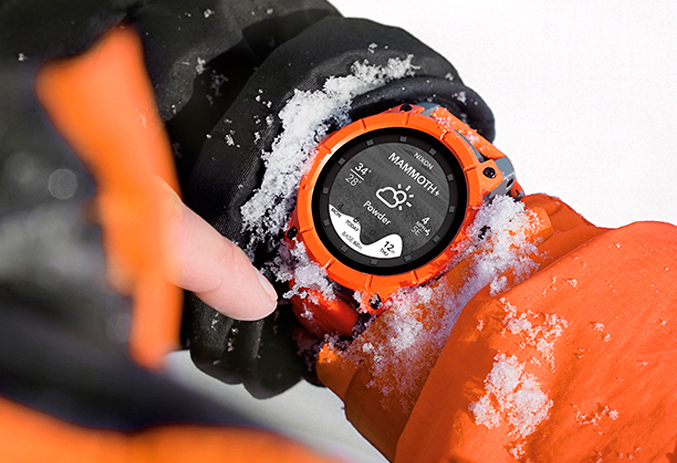 The Mission is a super rugged smartwatch for outsdoorsy people – surfies, snowboarders etc. Powered by Android Wear and working hand in hand with Surfline, the world’s largest and most credible source for surf conditions reporting, and Snocountry, the authority in mountain conditions, the Mission is equipped with a preloaded app and streamlines real-time surf and snow shred alerts to your wrist. Water resistant to 100m, shock resistant with a durable 48mm polycarbonate case, The Mission uses heavy duty crystal and ultra-tough Corning Gorilla Glass built to resist the elements as well as a roll cage bezel of 316l surgical grade stainless steel and raised bezel to protect the touch screen. Users can choose from over 20 band options, 15 bezel choices and engrave their caseback.