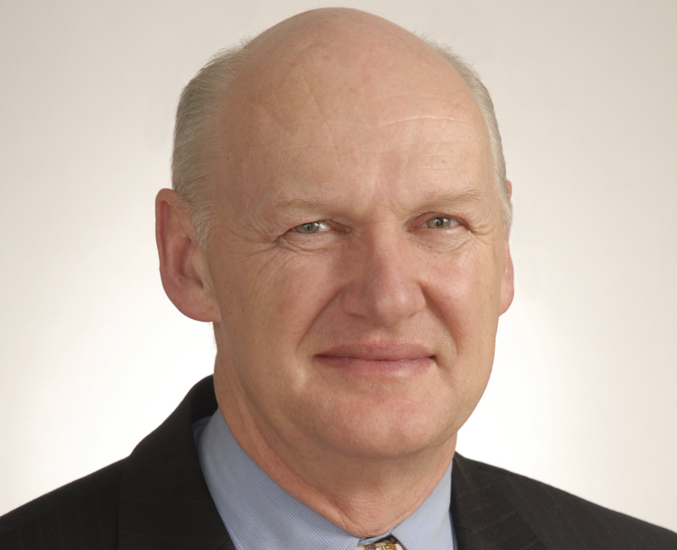 Paul Tooley’s first job in 1974 was in the pharmaceutical laboratory at Wellcome-Coopers. During a 5-year stay he also graduated from AUT with a science degree, becoming a research scientist before relocating to the Wellcome facility in North Carolina, aged 22.

After time in the States and Japan, he returned to New Zealand in 1981. Keen to move into sales & marketing, he got a job as a sales rep with Merck Sharp & Dohme.

1984 saw Paul’s first entry into “our” industry, with DTR and the Thorn brand in the tough TV and VCR rentals market. Group Rentals dominated back then but there were several other players to look out for, like F&P Dealer Rentals, Sanyo and Visionhire.

He found that, although DTR was gaining lots of customers, it was also losing a lot. So, whilst his was predominantly a marketing role, he set out to make sure that, once DTR had customers, it didn’t lose them.

Paul took responsibility for some “really intensive” staff training (of which more anon), also developing and expanding DTR’s stores. Once these programmes were up and running, “we went ahead in leaps and bounds,” he says.

At this time Panasonic also came on board. And, on a trip to Europe, he’d seen that rental companies had whiteware as well as TV and suggested that this was something DTR should get involved in.

“I was before my time, I guess, as my ideas were rejected, but look at DTR now...”

What's in the pipeline?

Come 1987, and Paul was headhunted by insulated piping business Insapipe which wanted to diversify into heating having made tentative enquiries to DéLonghi in Italy.

With Paul on the team, in order to strengthen its case with DéLonghi, the company acquired Parex, which was busy earning industry respect with InSinkErator.

Paul became Parex’s Marketing Manager, the DéLonghi agency was secured exclusively and now two big tasks lay ahead – to up the game with InSinkErator and launch DéLonghi.

InSinkErator was an excellent product but its potential had never been realised. However, with trademark “Tooley training”, along with strong marketing, the brand rapidly gained momentum.

At its peak Parex tripled sales, reaching a mid-70% market share and becoming the world’s top InSinkErator agency, per capita

Around 1989 Paul became a shareholder with the title of Sales & Marketing Director.

At the time, PDL dominated heating with Goldair and Scope fan heaters, while Parex’s first DéLonghi models were oil-filled electric radiators. So Tooley and team had to come up with some ideas to “turn the market on its head”.

“Heaters at the time were traditionally brought in from April 1 and we gave everyone a hell of a shock by announcing that our heaters would arrive in January and be promoted on TV in February – better get on board early!”

Paul recalls it was a struggle at first but is forever grateful to Sarah Pidgeon, who was Buyer for Noel Leeming: “Sarah liked the product and our innovation, so she took a punt, which set up our first winter.

“Rice’s in Invercargill also got behind us, especially at Expo time, and then Smiths City. Eventually we had all the big groups, Farmers being the last to join in.” Parex somehow was also able to sell to electrical wholesalers and hardware and plumbing outlets, without offending the appliance industry!

Their achievements were capped off at the Domotechnica Trade Fair of 1995 when Giuseppe DéLonghi himself announced the Kiwi company as “Best in the World” for sales and promotions.

Around that time the Directors at Parex were starting to consider their respective futures and the first discussions took place around selling the business.

First though, Paul negotiated the takeover of the DéLonghi agency in Australia, bringing with it additional turnover which made Parex an even more attractive proposition.

The sale was concluded to a group of financial investors with Paul signing a management contract to stay on for a year as GM to ensure the change went smoothly. He pulled out in 1997.

Paul Tooley was only 40 when he quit Parex and, with a thirst for more, he enrolled at Massey University, graduating in 2000 with an MBA and as a part-time lecturer in marketing and customer service.

Alongside his studies he was kept busy with industry players seeking advice on management and sales training.

And so Tooley & Associates was born, offering customised short and practical in-house workshops, combined with coaching of key staff.