MAJOR APPLIANCES ROUND UP

Samsung is currently fitting out a test kitchen out West Auckland way for its new whiteware ambassador Ben Bayly (senior chef at The Grove and a co-judge on My Kitchen Rules NZ alongside Gareth Stewart). More soon as the “grand reveal” approaches.

The move reflects what we’re hearing about the brand now gaining significantly increased traction in the appliance channel with its whiteware. It’s anticipated for example that Noel Leeming will soon be ranging Panasonic products. More soon. 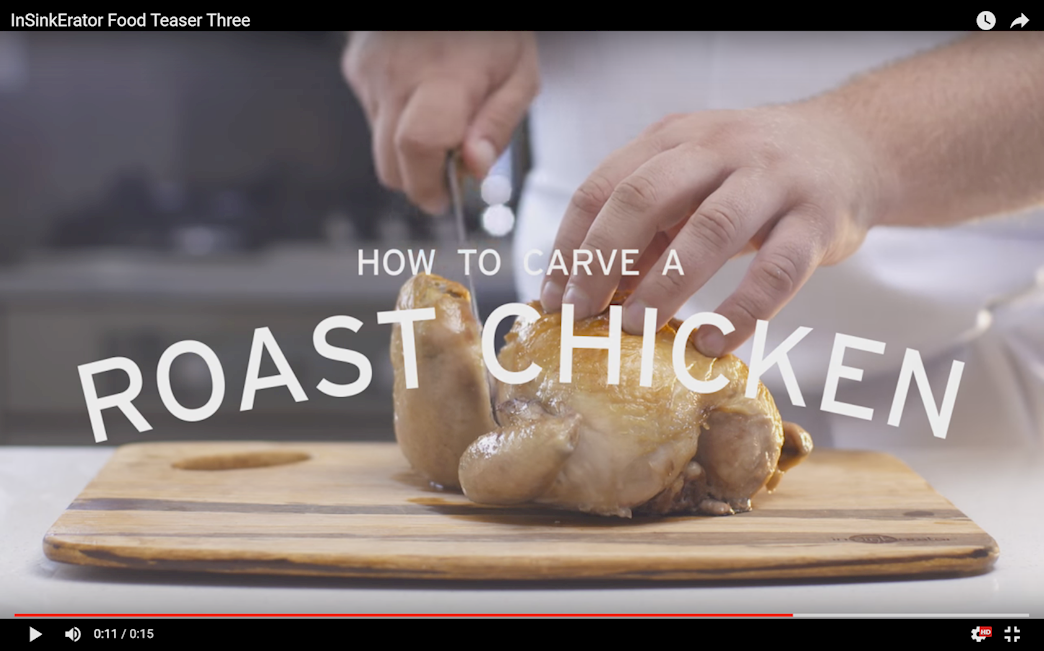 Parex has embarked on a digital campaign for InSinkErator on top of print advertising and a PR drive.

This integrated campaign covers key messages relating to the benefits of food waste disposers. Parex has also updated the InSinkErator website and You Tube channel (http://bit.ly/1t4LOJd) to reflect the very latest creative from New Zealand and around the world. 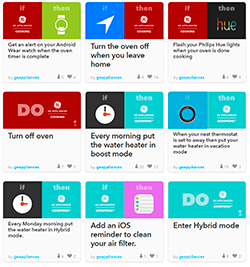 With the Internet of Things still in its early stages for Average Joes and Joannes, truly “connected” appliances are also some way off.

To sidestep this lag and attract perhaps a more tech-savvy consumer, GE Appliances in the US has been using the app called If This Then That – henceforth IFTT – to add functionality to its whiteware.

IFTT was created to make it easy for consumers to create connections between many different apps commonly built into smartphones, for example to turn the lights on when you walk through the front door or activate the heat pump when you leave work.

GE has been collaborating with IFTT since the middle of last year and has recently rolled out new channels for its washer, dryer and dishwasher units.

GE has for example created what are called “recipes” so IFTT users can create an alert for their smartwatch when the oven timer is finished, turn the oven off when they leave home, put their Geospring water heater into boost mode early every morning or into vacation mode when they tell their Nest connected thermostat they’ll be away that weekend etc etc. 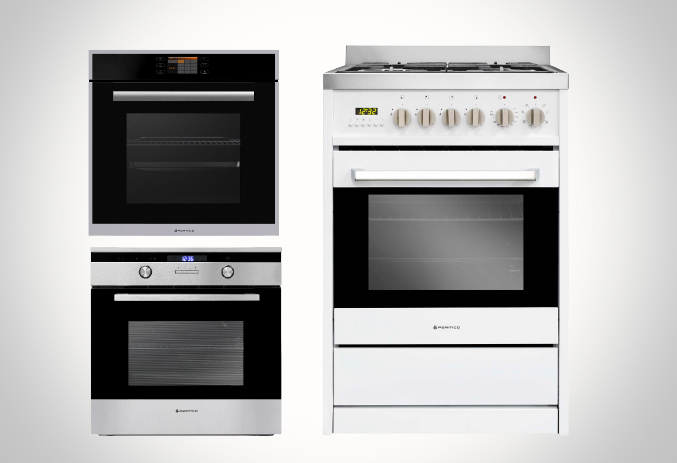 Following the launch of the OV7 built-in oven range in April 2016 with their 70 Litre usable oven capacity, Parmco has more new products planned for release over June and July. 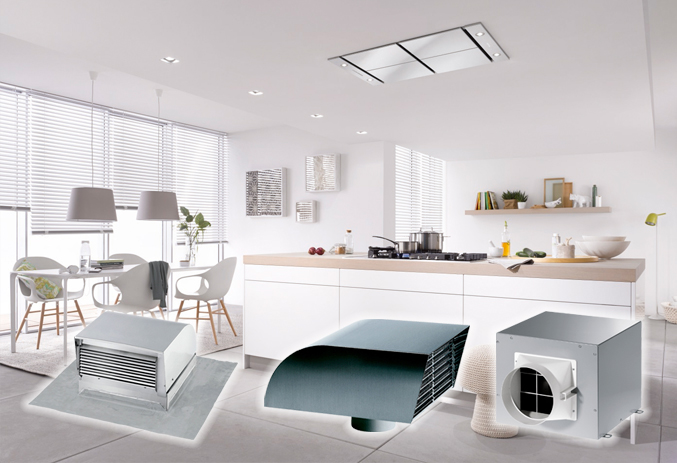 For the first time in New Zealand, Miele now has a selection of rangehoods with separate external fan motors for greatly reduced noise during operation. New Zealanders have a choice of two slimline (DA 3466 EXT and DA 3496 EXT) or built-in (DA 2270 EXT and DA 2690 EXT) rangehoods with three different styles of external fan motors, resulting in no less than 12 different combination options.

Of the three fan motors, Miele AWG 102 is designed for vertical installation on an external wall, with a curved, high quality stainless steel casing that directs extracted air downwards and provides the high performance motor with effective protection from the elements. Miele DDG 102 is designed for installation on angled, tiled roofs and comes with the appropriate roof flashing. Miele ABLG 202 is designed not to be seen externally and can easily be installed in an empty roof space, a butler’s pantry, or perhaps even in the garage. 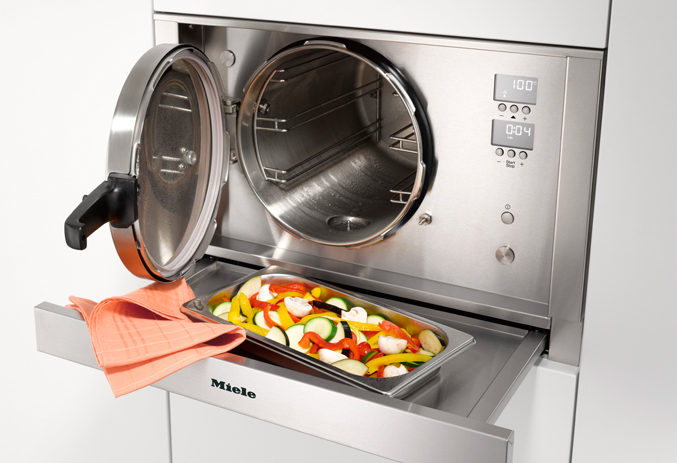 Billed as “the fastest and most powerful built-in steam oven in the world”, DGD 4635 is said to be the first steam oven of its kind in Australia and New Zealand. Boasting a semi-professional design with CleanSteel finish, PowerSteam technology enables food to cook up to 50% faster than in other Miele steam ovens while dishes retain all their natural flavours and nutrients.

Not only does DGD 4635 operate as a steam oven at temperatures of 40-100°C, it can also be used for pressure cooking at 105-120°C as well as for reheating at a pre-set temperature of 95°C and defrosting between 50-60°C. DGD 4635 even has a plumbed connection, removing the need to refill or empty water containers, as well as removing food juices and condensation through the waste outlet to minimise cleaning. DGD 4635 also features an integrated pull-out shelf to rest dishes on while it also provides the benefit of catching water droplets from containers after cooking. 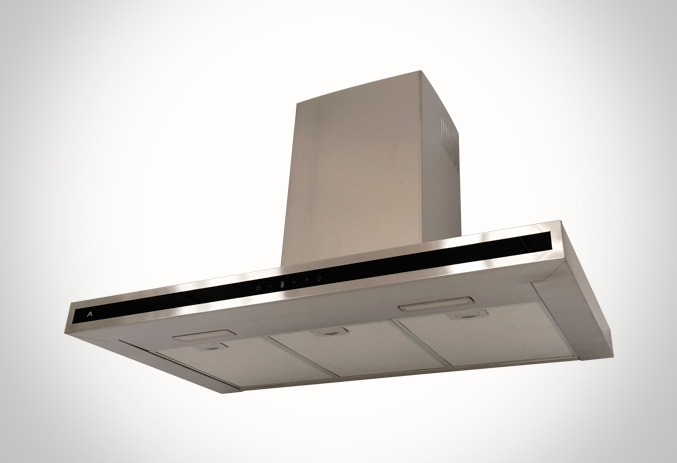 Award Appliances has extended its rangehood offering with the arrival of its new 90cm wall mounted canopy model which is finished in stainless steel or black glass. CW49510 comes with touch controls including timer and clean-air function, quiet turbo motor fitted, washable aluminium filters and two 2.2W LED lights. Its extraction rate is a huge 780m3/hour, it features a maximum operating noise level of 50dBA and it is remote control compatible with an accessory remote available separately (KIT 0443).