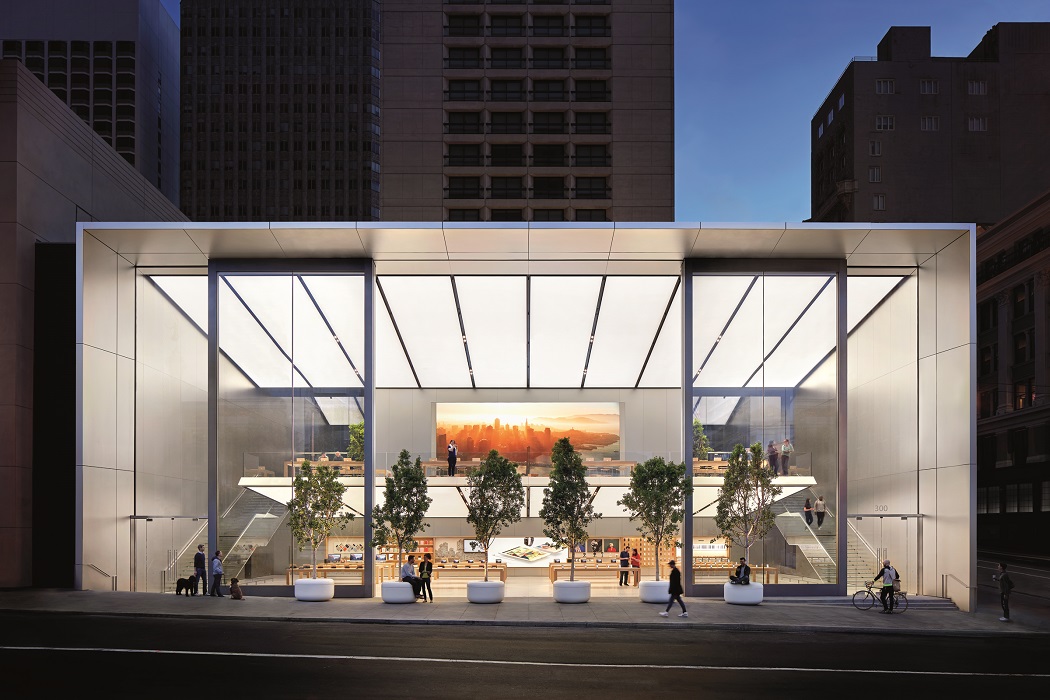 The thinking behind the new Apple Store in Union Square, San Francisco, is about much more than the usual gorgeous bricks & mortar.

The opening in May of a new Apple Store in Union Square, San Francisco, brought with it much more than the usual fanboi interest in Apple’s usually gorgeous bricks & mortar.

Indeed, the important new elements in the store go beyond the suave new surface design elements – like its impressive, almost 13m tall sliding glass doors – and into what Apple sees as its broader role.

To set the scene, at the end of the press release about the new site is this: “Apple’s 100,000 employees are dedicated to making the best products on earth, and to leaving the world better than we found it.”

And this mission statement is important, because, 15 years after the first Apple Stores opened, the new Union Square site, with its new directions, will be a role model for future stores.

Angela Ahrendts, Apple’s SVP of Retail & Online Stores, confirms: “We are not just evolving our store design, but its purpose and greater role in the community.”

In this respect the new store serves as a physical connection between San Francisco’s most famous square and a rejuvenated, art-filled plaza with seating, public Wi-Fi, a 15m tall “green wall” and regular public performances.

In an “Avenue” inside the store itself are interactive, themed “windows” showcasing products and services where new “Creative Pros” offer advice. And a new “Genius Grove” at the heart of the store extends the Genius Bar concept into a softer environment under a canopy of local trees.

The other key interior element, “The Forum”, is a place of discovery, a gathering place that’s centred around a 6K video wall showing inspirational creative and educative programmes and projects.

Sadly, It’s unlikely that we will see much of this outlook here in New Zealand.