In all, four slim and sleek devices to give Kiwis a versatile range of options that cater to the shift in where, how and when people work.

Wares was there to hear Grant Hopkins, Managing Director at HP New Zealand, tell us New Zealanders are among some of the fastest adopters of technology in the world. 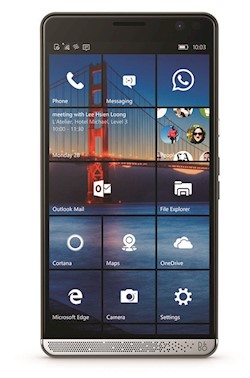 Hopkins said: “In the last three to five years we have seen a huge increase in hot-desking. Workers of all generations want flexible working conditions and a flexible working environment. HP want to provide New Zealanders with the right tools to work from anywhere.”

From the HP Elite x3 smart phone "phablet" (left) to the HP ZBook Studio G3 Workstation, these are HP’s thinnest and lightest built-for-business devices boasting the performance, innovation, and reliability you would expect from this trusted technology partner.

With the exception of the Elite x3 whose availability and pricing will lbe announced late in 2016, all other devices are available now.