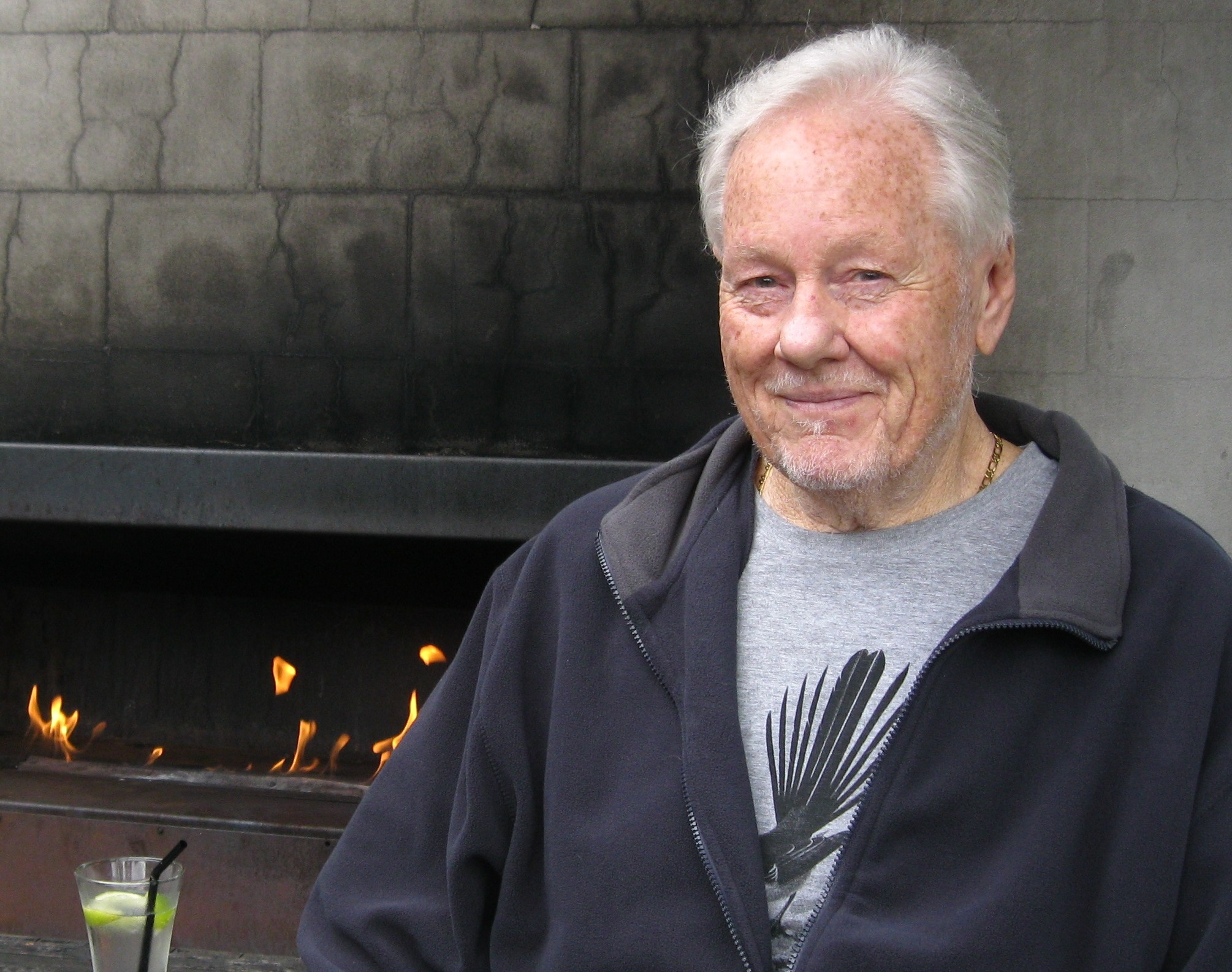 In the latest “Where are they now” series, Merv Robertson caught up with muso-turned-retailer Bill Belton (above). (An abridged version of this article appears in our August 2016 magazine.)

At Mount Albert Grammar he couldn’t wait to turn 15, leave school and live his dream as a musician. 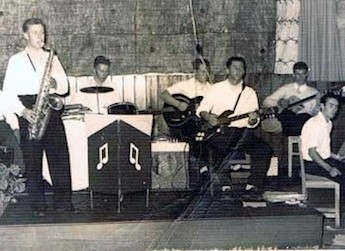 At age 14 he was already a regular member of a dance band (photo left, circa 1958), earning more than his father so he left education behind and pretty soon had work as a salesman at Atwater’s music store on Auckland’s Queen Street before moving to Sydney Eady’s famous music shop.

“I didn’t really need a proper job,” he recalls today. “I was earning plenty of money from my music but, somehow, I wanted the security of a job and at Eady’s I was in my element.”

During his nine years at Eady’s, Bill not only met several of the country’s leading musicians but also helped open a hi-fi division, which was his introduction to consumer electronics.

In fact, several of the artists Bill met at work became good friends and his first wedding was a virtual roll-call of the country’s top entertainers. 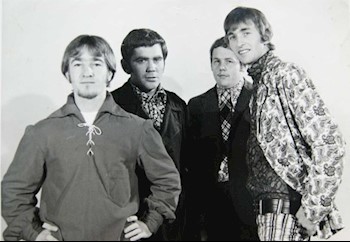 Known as “Billy” Belton, he got his first shot as a rock guitarist with The Commodores in 1960. After a year, aged 17, he got a big break and joined Freddie Keil & the Kavaliers (the Keils and Beltons were neighbours during Bill’s childhood), a gig which lasted five years before he joined The Bob D Five.

By now he was a bassist and was then invited into The Newsounds, working with Ray Woolf  which led on to the pair forming Ray Woolf & The Avengers (see photo above - Bill is 2nd from the right). 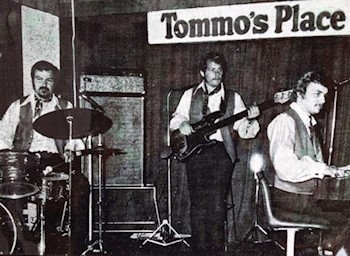 His five-year stint at Tommo’s was hectic to say the least – every Saturday night at midnight, the band would move on to a late night scene called The Colony Club which became a wild and rowdy place until closing time at four in the morning.

Then followed a year in a Jazz/Latin combo and, to round out an enviable music CV, Bill also toured with The Seekers and featured on many a live LP recording.

Then, aged just 30 years old, he suddenly gave it all away. Exhausted from 15 years of 70-hour weeks thanks to a day job and six nights a week on-stage, he “took a break”.

But Bill Belton never played again. Looking back now, he describes those days as “A great era to be a musician in Auckland.”

From Civic Stereo to Stereo World

An extended camper van trip around Europe helped blow the cobwebs away and once home, after a brief return to Eady’s, Bill bought a house in Herne Bay and started a yacht brokerage.

This was fun, but didn’t make much money, so he accepted a job at Wholesale Stereo in the Civic building on Queen Street. Ron van Preen owned the place but within a short period of time Bill became a partner and Sales Manager in a business which grew to include nine outlets across the country.

Eventually Ron bought Bill’s shares back, part of the deal being that Bill inherited the Queen Street shop. He changed the name to Civic Stereo and a prolific partnership was about to take off.

The man himself explains: “Eric Faesenkloet [the subject of October 2010’s “Where are they now?”] owned Downtown Stereo at that time and we formed a partnership. With our combined skills, the location and the timing, Civic was just magic from day one. 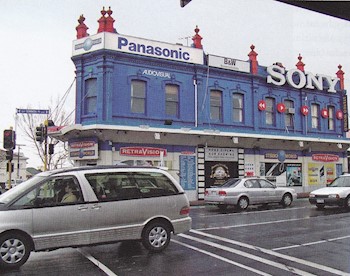 “Eric had a real ability to negotiate bulk deals and, by the end of the first year, we were buying stereos by the truckload, selling them out within a couple of days and buying another truck load, promoting with full page ads in the Herald.

“Fountain and then Akai were big for us and the margins were extremely high. We were working well together, having a lot of fun and making a lot of money!” he recalls.

In 1984 Bill and Eric decided to go their separate ways. Civic Stereo was sold to Roger Bhatnagar and Bill invested in commercial property.

He also opened Takapuna Stereo, growing a modest empire of four shops around greater Auckland under the Stereo World banner, taking ownership of each building in the process.

He then bought the lease on the Frank Currulli Stereo premises, converting the site into a Stereo World a year later.

From brown goods to white

In those early days, Dave McNeill (the subject of June 2014’s “Where are they now?”) joined the Belton team from Bond & Bond, becoming Retail Sales Manager and in 1991 purchasing a 50% shareholding in Stereo World.

“Dave did a very good job,” says Bill, who was spending far more time in property than in retail and was happy to have him running the business day to day.

Bill then took an extended break in Colombia, married his new wife Janet and, soon after his return, entered into a 50:50 partnership arrangement with Dave. By this time the entire retail operation had been consolidated into the site on the corner of Dominion and Valley Roads.

Then Gary Mangham, a nearby Fisher & Paykel dealer, decided to sell up. Encouraged by F&P, Bill and Dave bought the franchise and opened Homestyle Appliances across the road from Stereo World.

Part of this exercise involved joining a buying group and “because Leighton Cox was so accommodating and helpful”, Bill and Dave chose to become a Retravision store, trading as Homestyle Retravision.

However, remembers Bill: “Frankly, this was not profitable and maybe two years later we sold the lease, retrenching the Retravision side back into a corner of our Stereo World shop.”

From the blue store to the blues and back again

In 2001, Dave McNeill wanted to move on. A settlement was reached whereby Bill reacquired his shares and took back control, but turbulent times lay ahead.

A fractious 40% partnership with another staff member ended in litigation, Auckland Council pulled down the large signs atop the bright blue store in the dead of night citing permit issues and more was to follow. 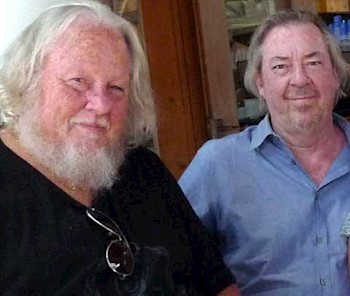 Bill’s health suffered and he became disillusioned. He describes himself as “an onlooker from afar” as his “baby” was eventually liquidated. The dream ended as a nightmare.

“That was in 2008,” Bill reflects today, “and for two years I sat around home and moped, did nothing, my ego shot to pieces.

“With Janet’s support however, I healed and started to meet up with some of my old music friends again.”

Through his relationship with Tim Murdoch at Warner Music, Bill was invited backstage at touring shows and as a result, he can now name several new friends like Pat Simmons from the Doobie Brothers, George Benson and Boz Scaggs. (see photo above - Bill and Boz in Ponsonby in 2010)

All of which has been positive for Bill Belton: “Life’s good again,” he says.

Back to rock & roll

After a major heart scare last year, we can report that Bill is looking great and, over the past 24 months, he’s been closely associated again with his good friend, Ray Woolf (photo left, courtesy Steve Hilliar - http://showimpact.com/). 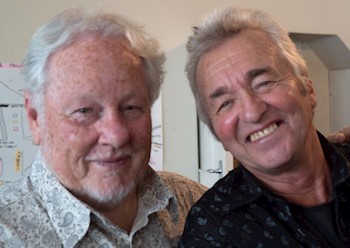 Ray has celebrated 50 years in the music industry with the release of a new CD featuring digitally remastered material.

Bill says it was “a great experience” being part of Ray Woolf’s backing group in 10 of the tracks and co-writing one from the Radio Hauraki movie Three Mile Limit, to boot.

And guess what? After 40 years, “Billy” Belton has finally picked up the bass guitar again! He has played in a local church band and, who knows, at 72, maybe having some fun in a rock & roll revival band could be on the cards!

Ray Woolf is still a mate, by the way, and still performs and lives in Taipa in the far north.

Bill Belton remembers his time in music with tremendous pride and affection: “If only we could turn the clock in Auckland back to then, ahhhhhh…” 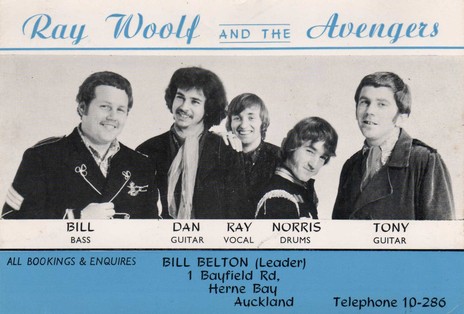 We thought you’d enjoy finding out more about – not to mention hearing and seeing – some of the fruits of Bill Belton’s musical career.

To start off, you can find some of Bill’s own musical musings here: http://www.ashack.co.nz/nzmusic/musicians/bill_belton.htm

There’s a pictorial wander through his career here: http://www.audioculture.co.nz/people/billy-belton

Here’s a link to Freddie Keil & the Kavaliers performing The Wanderer, recorded in 1963: https://www.youtube.com/watch?v=HNw5-EoGKYU

Here (https://www.youtube.com/watch?v=t1ZCa-5O__E) you can listen to a song Bill co-wrote with Ray Woolf and The Avengers back in 1967 called Little Things That Happen. The recording was made in 1967 but only released last year, a 45 RPM vinyl disc pressed in the USA as a limited edition of just 500 copies.

And here is the same number newly recorded live, with Ray mentioning Billy Belton at the front end: https://www.youtube.com/watch?v=8506URJDPPc

Blueberry Hill was a big Fats Domino hit that was also covered by Ray & The Avengers in the 1960s and you can hear it here: https://www.youtube.com/watch?v=0CCub3UVu1U

Bill considers some of his best work was with Ray Woolf & the Newsounds in the early to mid-1960s – “A slightly unusual line put together by Al Paget with trombone and sax plus an organ with a guitar group. This allowed for some interesting arrangements and sounds. This was around 1965 when everything was Beatles.” Take a listen: https://www.youtube.com/watch?v=XetYv0bTpM0 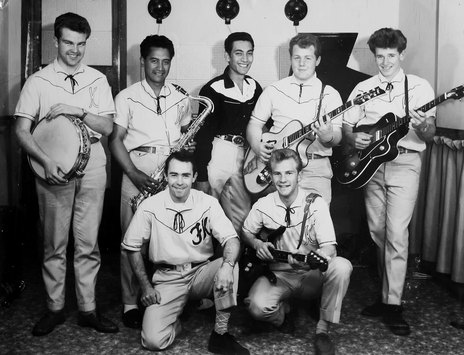 Left: Freddie Kiel & the Kavaliers. Billy Belton is 2nd from right, in the back row. 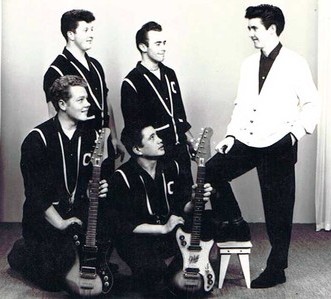 Left: The Commodores, circa 1960. Billy Belton (kneeling) is on the left.