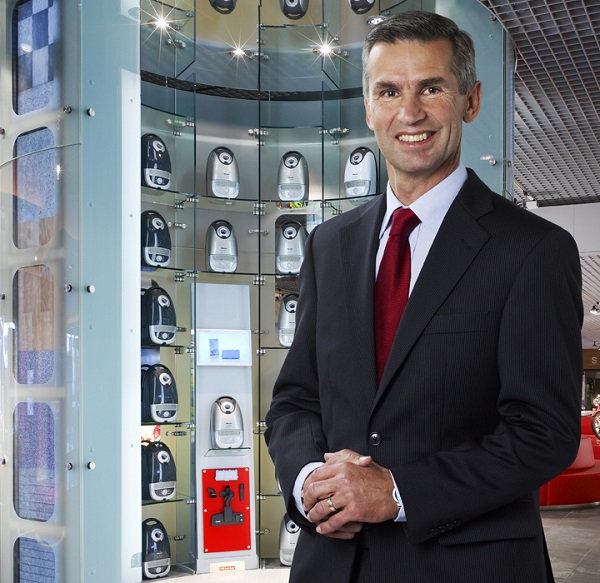 It may have been his first day in New Zealand in the role of Miele’s new Managing Director for Australia and New Zealand, but Sjaak Brouwer made time late last year to talk to Wares.

Having taken over from Michael Jeanes, who retired in late 2015 after more than 25 years with Miele, you could say the incoming Melbourne-based and Dutch-born MD has big shoes to fill.

On the other hand, fresh from six years running Miele in the Netherlands (Miele’s 5th largest market globally), the much-travelled Sjaak Brouwer brings to the party his own extensive mix of experience in sales, marketing and product development across both FMCG and electrical appliances.

Having started out with Unilever in the Netherlands in the 1980s, with Gillette from 1991 until 2004, he worked variously across the Braun, Oral-B and Duracell brands in a variety of markets, including the Netherlands, Benelux, South African, and other international territories.

Making the leap from a corporate to a company with more of a family element, in 2005 Sjaak Brouwer was approached by Groupe SEB to become MD of its Dutch operation where he stayed, having clearly enjoyed his tenure, until 2009.

At that time he was offered the role of Managing Director of Miele in the Netherlands. It was “a fantastic move and an absolute joy and pleasure to work for a family-owned company like Miele,” he says.

After six years in the Netherlands, in 2015 he was unexpectedly approached to become Managing Director for Australia and New Zealand, an offer which he quickly accepted.

Sjaak Brouwer was attracted by both the “huge wow factor” that Australia and New Zealand hold for Europeans and by the potential for a “new adventure” from a business perspective.

Working with the Miele Chartered Agency system that only exists in some other markets may be fairly new to the new MD, but he’s definitely a believer in its positives for suppliers, retailers and consumers alike.

But this doesn’t mean Miele will stand still during Sjaak Brouwer’s watch. “There is definitely room for further growth,” he emphasises, adding: “I think we probably need to accelerate our investment in the brand – I think there is opportunity to improve brand awareness and improve our performance in the marketplace.”

Investment, in what respect – more Miele Centres? “It’s way too early for me to comment on that,” he counters. “But what we already know is that these Centres are very important for our business model – they are really adding value to the purchase process.”

We hope to catch up again with Miele’s Managing Director for Australia and New Zealand during the course of the year.