Last month’s IFA 2016 report looked a little further out there than we usually do. In part two of Wares’ trip to Berlin, we cover the here and now of hi-fi, video, wearables and a few “significant others”. They’re all connected, of course. Steve Bohling reports. 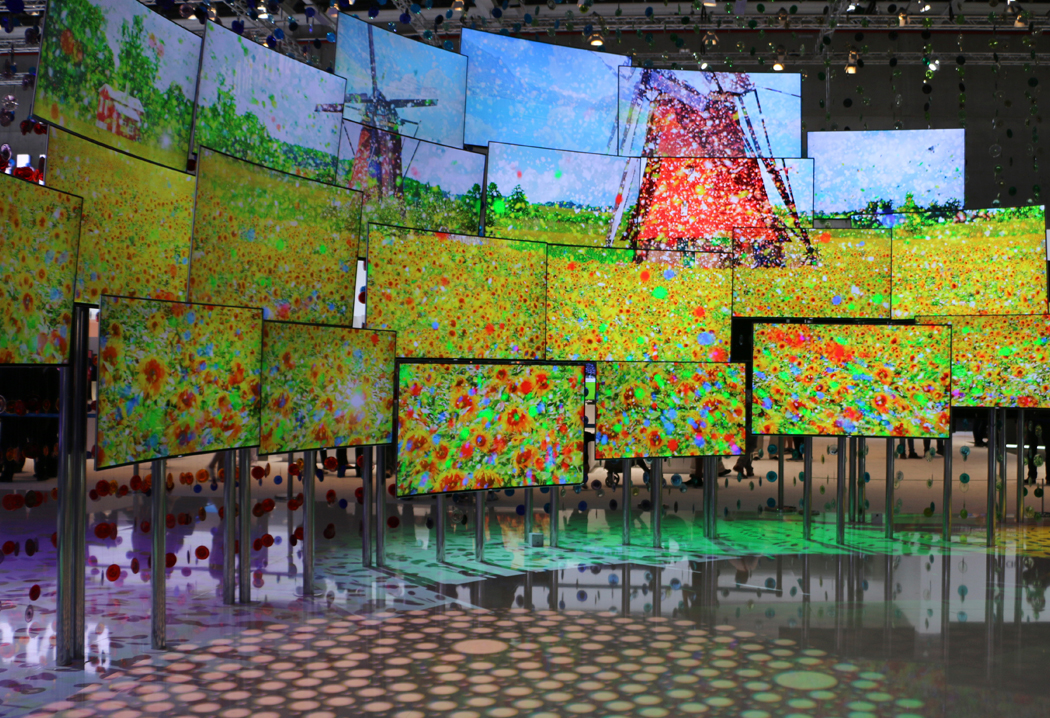 If you want an exhaustive, stand by stand report of this year’s Berlin show, I suggest you Google “IFA 2016”.

Trouble is, the search will gather far more information than you can possibly process – a function of the 1,800+ journalists, 1,823 exhibitors and 158,000m2 of show space at this year’s IFA – and that’s why you’d be better off reading Wares regularly…

In terms of who showed off their wares to best effect this year, the standouts were LG and aspects of Samsung’s usual occupation of the City Cube at the southern end of the showgrounds. 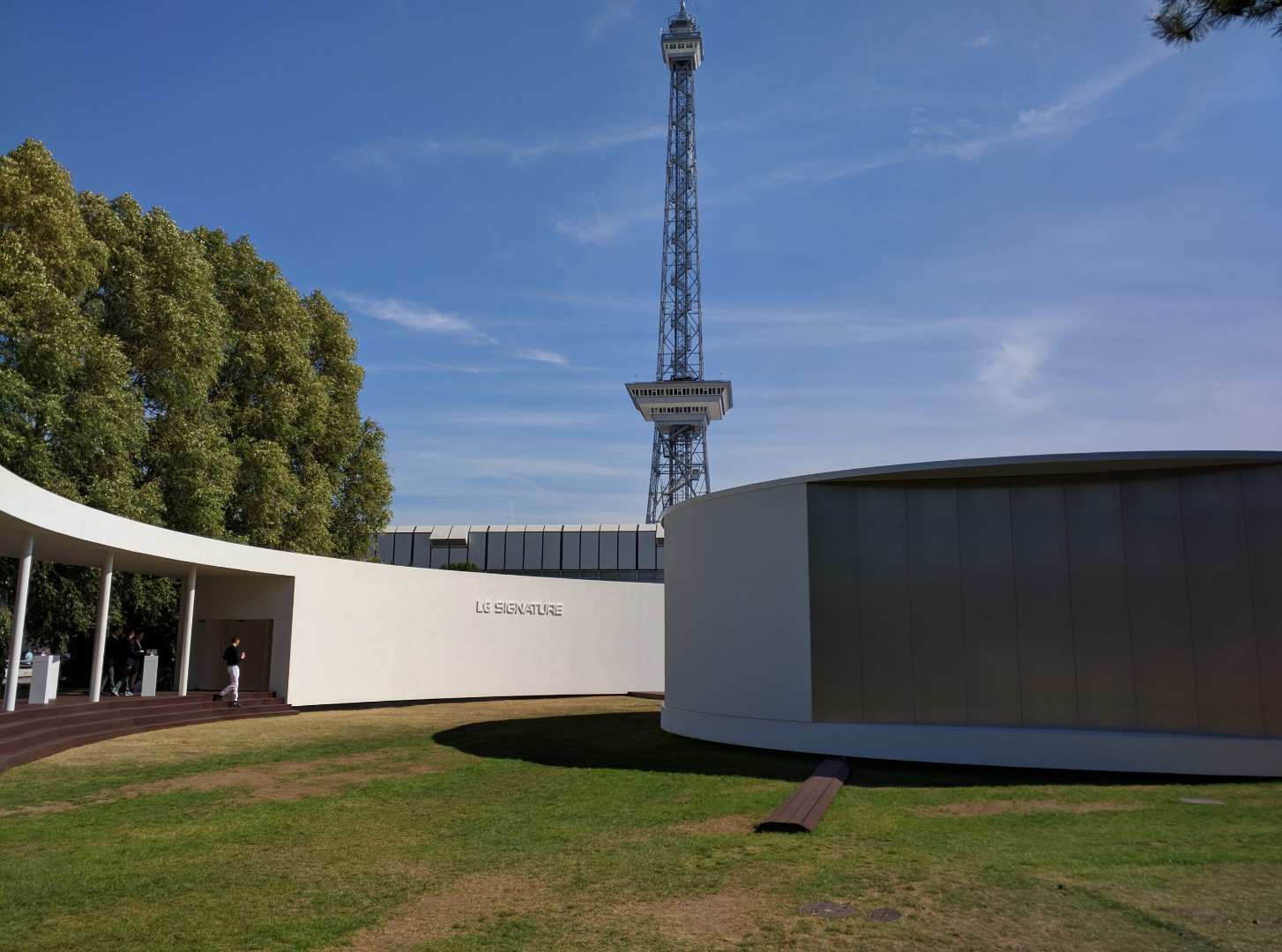 LG had both a cool, standalone pavilion with an amazing AV light & music show to draw attention to its high style LG Signature range of products (photo above) as well as an equally awesome, 5m tall, 15m long tunnel made of 216 separate 55-inch curved OLED displays showing some breathtaking natural scenes.

Samsung again made the most of its unique standalone presence at the southern end of the showgrounds (see photo above). The sheer space afforded by the City Cube allowed it to make a particularly big deal out of its Virtual Reality products in particular. 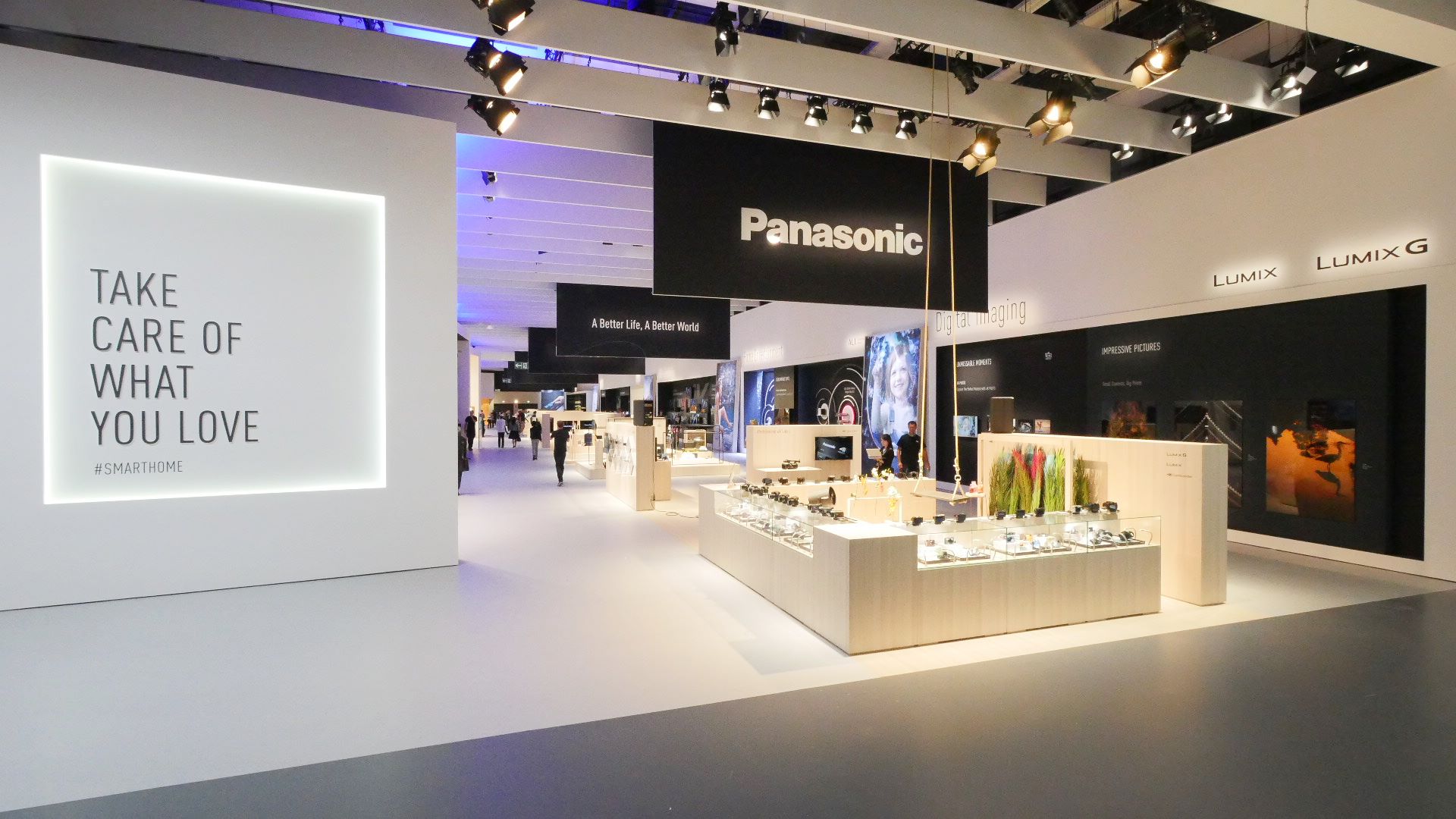 Also stunning in its scope and scale was Panasonic’s presence at IFA. Not a stand, more a complete hall was devoted to “A Better Life, A Better World”, encompassing products and technology teasers ranging from smart home, consumer electronics and appliances to beauty products.

Off to one side of the main Panasonic area was a spare, gorgeous, all-white area devoted to Technics. This space for reverence was a fitting site for the continuing revival of Panasonic’s iconic hi-fi brand with its over-engineered, almost hewn-from-solid products.

Technics’ sizable cathedral featured dedicated staff geared towards guiding visitors towards a listening room where the expensive new direct drive turntable was playing – all of which was reminiscent of the halcyon days of hi-fi back in the day.

I came over all nostalgic for a while…

Sony too was making a Big Deal out of its audio offering with President and CEO Kazuo Hirai introducing the company’s newest audio offering. Although I’m not sure what reluctance there is to calling this stuff “hi-fi” these days, high fidelity it certainly is.

Sony introduced a new Signature Series flagship line, also highly engineered and all built with top materials – and of course based around the High-Resolution Audio format that Sony continues to champion.

The Signature range comprises MDR-Z1R stereo headphones, two new WM1 series Walkman models (NW-WM1Z and NW-WM1A), and the TA-ZH1ES headphone amp. The latter in particular attracted attention and should stand out, even amongst a fast growing range of competitors. 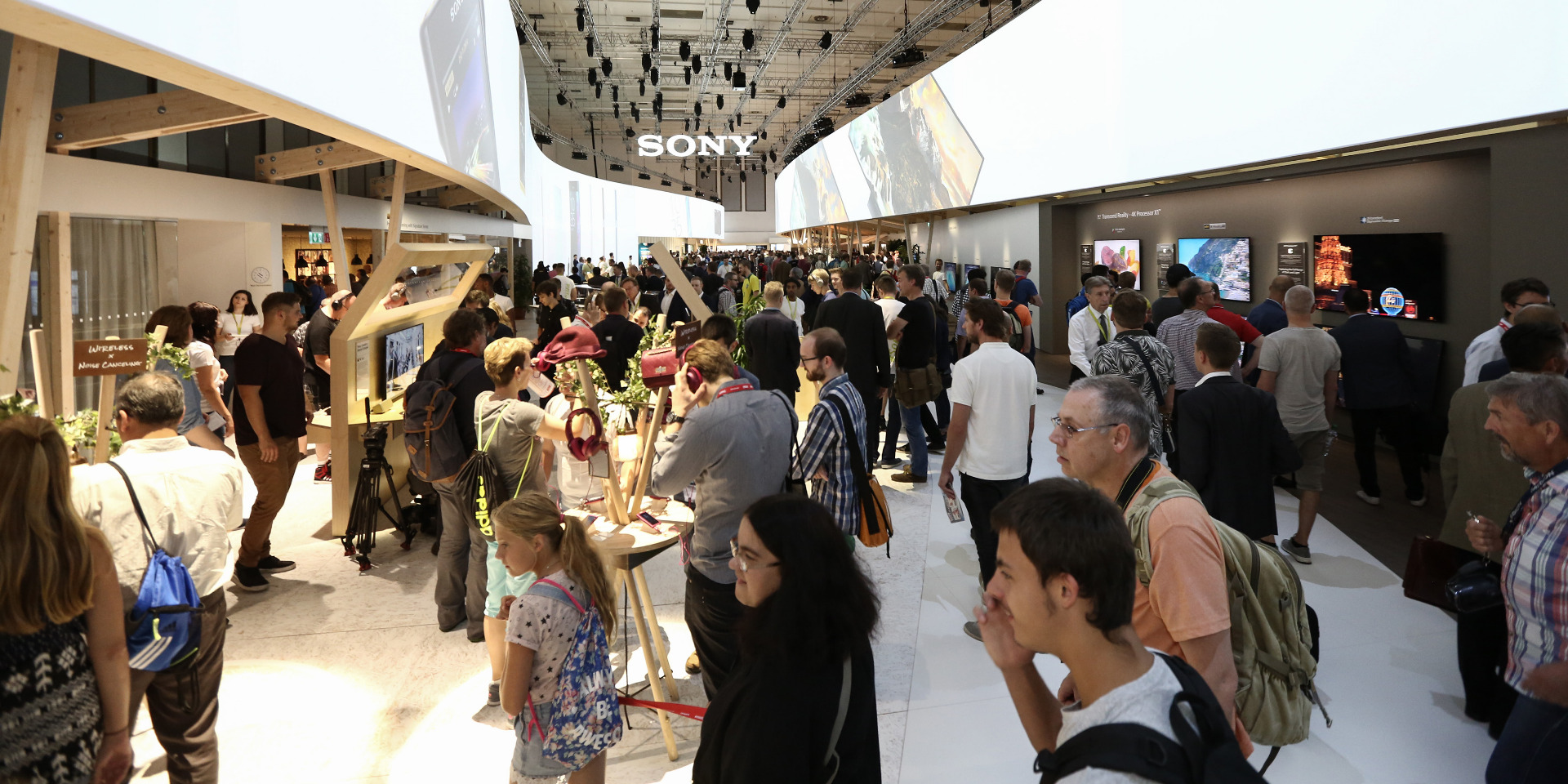 Wearables: watch out there’s a mega brand about...

Not audio per se, but Sony also announced that its Xperia Ear in-ear and hands-free “Smart Product” would be available this year.

Like the cute coffee making Xperia Agent robot I highlighted in the first instalment of my IFA report, the Xperia Ear product is equipped with Sony Agent technology and a proximity sensor.

Much more than just a pair of headphones, Xperia Ear responds to verbal commands and, through a wireless connection to your Xperia smartphone, provides information and assistance in a natural voice.

The trick is making all this interaction as natural and intuitive as possible, even offering advice in advance of being asked when the next train is due for example (which Xperia Ear does), and I have no doubt we’ll be seeing much more work done in the coming months and years.

Staying with wearables, Asus had its ZenWatch 3, the first (and this far only?) Android Wear 2.0 product and Samsung unveiled its Gear S3 smartwatches, the rugged Gear S3 Frontier and the Gear S3 Classic.

Both come in quite traditional, large-on-the-wrist form factors, aesthetics and features, about which Samsung refers to as “injecting ‘real watch’ value”, its aim being to fit in rather than stand out in a market crowded with analogue wearables? 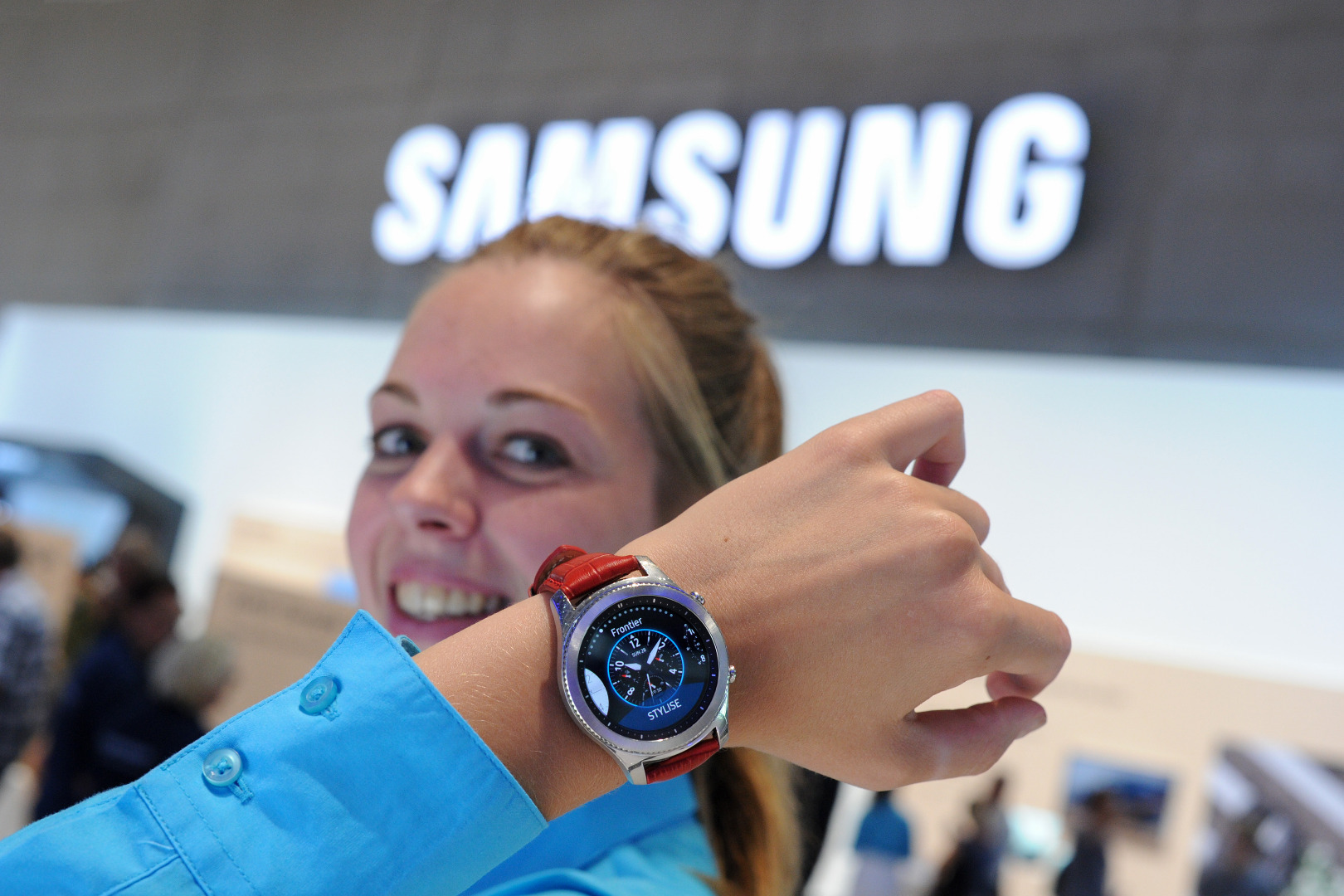 Crowded or not, multinational fashion brand repository and (I think) first time exhibitor Fossil for one was not messing around at IFA. For Fossil, the path to wearables is through fashion.

Having said this Fossil was also showing off the very digital, very distinctive and attention grabbing fitness products from newish acquisition Misfit, whose Ray product adopts a more jewellery form factor than any of the other fitness bands whose practicality overrides aesthetics.

Talking of how things look, also on show at Fossil and with more to follow, were Skagen branded connected hybrid wearables which are mainly analogue orientated and look like upmarket watches but with a nod to connectivity.

Key to all this are the high profile brands these products with their traditional look & feel would be carrying, namely Emporio Armani, Kate Spade New York, Michael Kors, Diesel and Chaps.

Putting all this aside, the vibe from the show was that smartwatches (as opposed to wearables) have failed to make a significant step forward in the last year. In career terms this was akin to a new rock band stumbling with that difficult second album.

Still, it was interesting to note US smartwatch maker Pebble (since bought by Fitbit and sadly no longer a player in its own right) was also at IFA with its more fitness-orientated second generation products and that Sony has continued its own exploration of e-ink or e-paper displays and wristbands with the FES Watch U.

Shown at IFA, but probably not destined to go on sale outside Japan, Sony’s FES Watch U is being crowdfunded like its first iteration, the concept allowing you to customise not only the watchface but also the wristband to match. Very cool.

Video: 4K all the way

In video land, although Sharp was offering sneak peaks at 8K screens, 4K (aka UHD) was the order of the day.

Samsung also had 4K as well as Quantum dot SUHD and Panasonic was the first manufacturer to reveal a more affordable 4K Blu-ray player at IFA 2016, as well as previewing a new generation of OLED TVs.

Other key novelties include a range of TVs with Google Cast (now renamed Google Home) built in, which is a different way of getting the kinds of content people watch on their mobile devices or computers into the living room.

In terms of other product categories, there was quite a showing of air purifiers at a premium level and a bigger than ever concentration of activity in personal care & grooming, particularly from brands not normally associated with the category.

I looked into major appliances in the last instalment. To this I would add a diary note to look out for Miele’s ArtLine series of built-in appliances here around September next year. The doors open automatically – which is just as well because the totally flush front panels have no handles – and there’s a cool new colour called Graphite Grey. 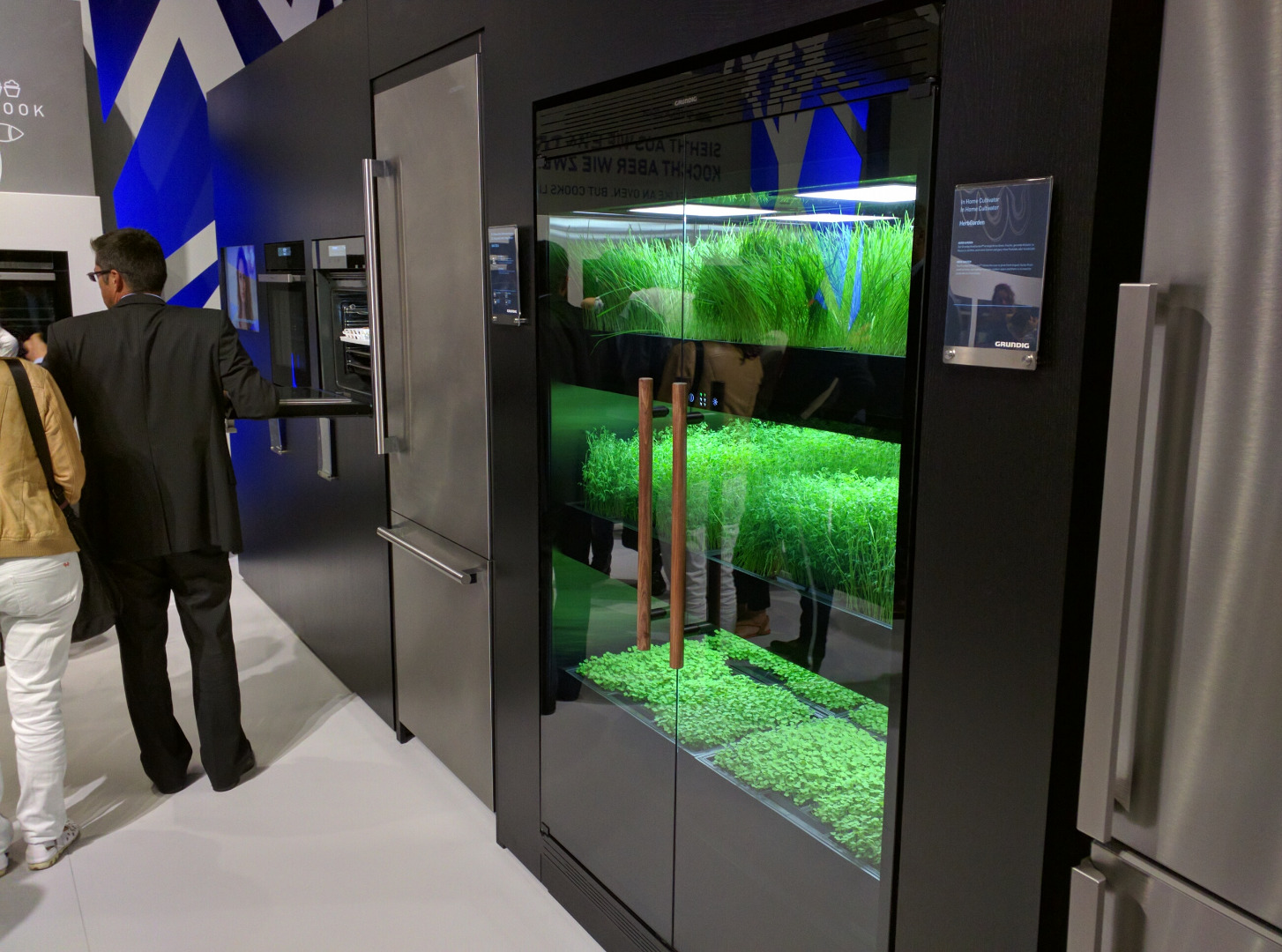 I also want to highlight one of Grundig’s three connected products. The Herbgarden enables you to grow fresh, organic herbs at home, indoors thanks to three sets of growing chambers, an LED light box, air pump and a fan to adjust humidity.

All of this is controlled and monitored through an app on your smartphone which also tracks what herbs are growing, when the last harvest was, and the ballpark time until the next harvest. All stainless steel, glass and lush green herbs, it looked great at the show.

The other big new from IFA this year was Miele breaking with one of the company’s central principles – that a bag is de rigueur in Miele vacuum cleaners.

Due here next year, Blizzard CX 1, its first bagless vacuum cleaner, will sell alongside bagged models, Executive Director and Co-Proprietor Dr Markus Miele’s belief being that: “Whichever way the choice falls is a matter of personal preference. One could even say it’s a matter of belief and conviction.” 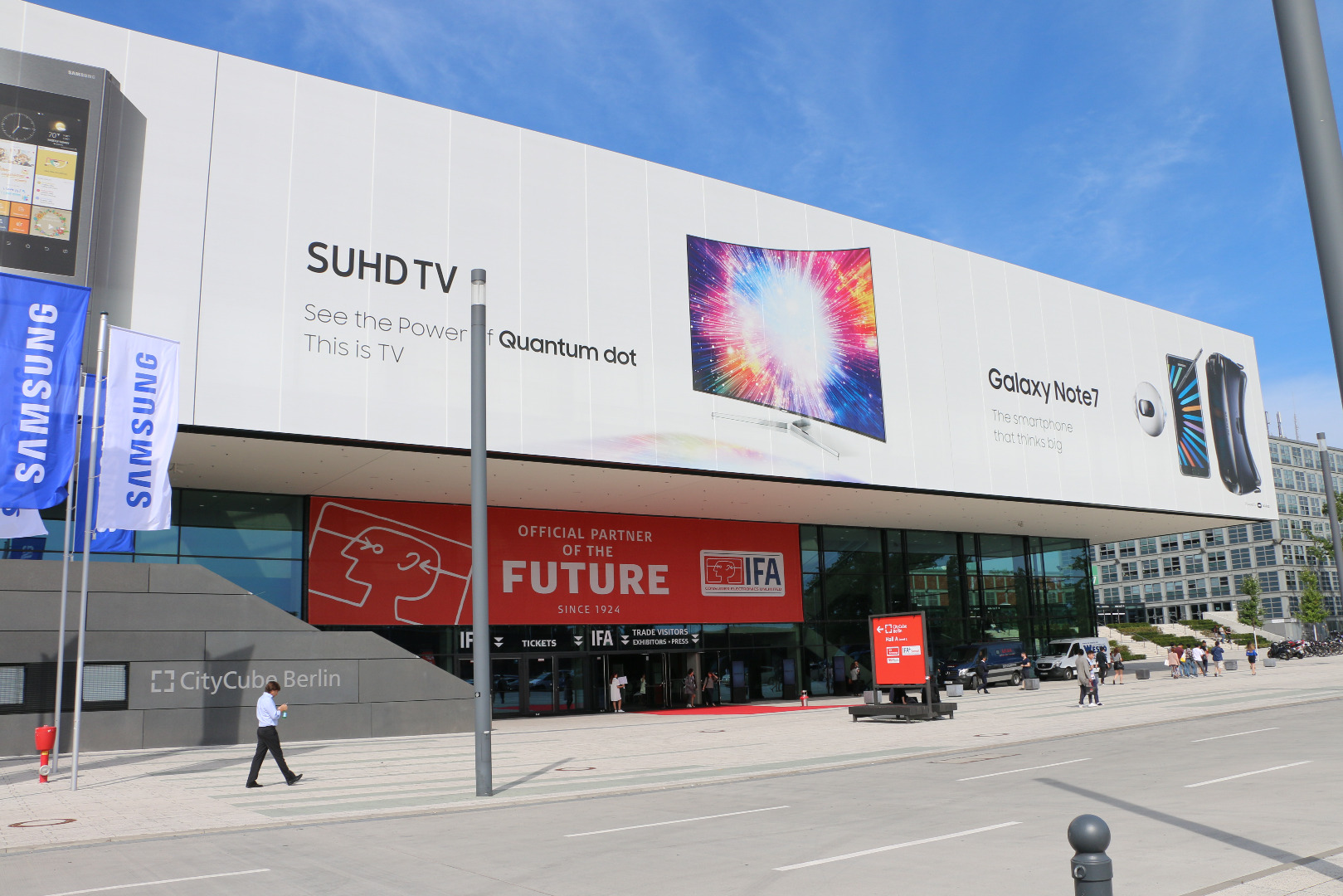 Steve travelled to the 2016 IFA trade fair in Berlin with the help of the New Zealand German Business Association (www.germantrade.co.nz) and Messe Berlin (www.messe-berlin.de/en/), for whose aid and support we are grateful.