Competition continues to increase in the floorcare category, with some suppliers broadening their horizons and others entering into new distribution channels. What does this mean for the category going forward? Phil Weafer reports. 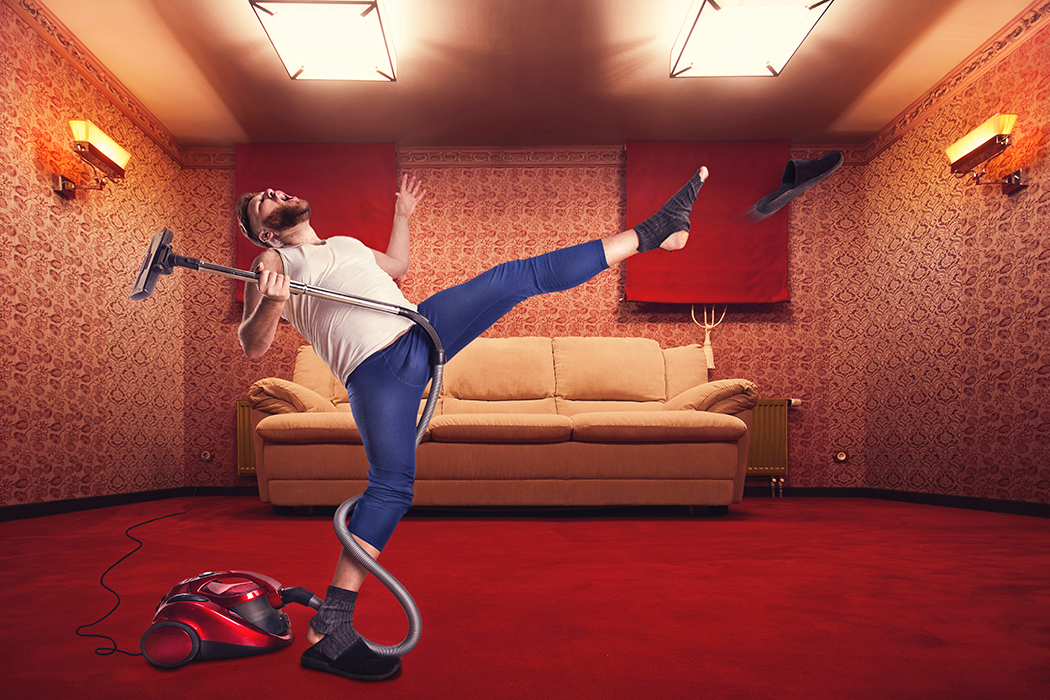 The market for floorcare products has been universally described as growing and competitive by suppliers spoken to for this piece. According to GfK data however, (see below), vacuum cleaners may have seen continuous growth over the last four years but this growth has slowed somewhat in the last year.

Still, Avery Robinson’s Mark Robinson says that the Dyson brand has performed very strongly over the last year: “Whilst Dyson has managed to grow full-size in a declining market, it’s our cordless technology which New Zealanders are picking up in their droves,” he adds.

The last year has also been successful for Electrolux. General Manager of Floorcare and Small Appliances, Alan Dalton, says the company finished last year very strongly and says that, if anything, has grown its market share.

“The market has been good for us; we are in a really good place. We’ve just closed down the first four months of this year in a very strong position and we are actually ahead of our budgeted forecast.”

What’s behind a strong performance in the sector as a whole? TTI’s Nick Martin says: “There has been a lot of activity at retail level. Floorcare has been going well but it’s steady right across the board and I think that’s been generated by retailer activity. They have had a lot of themed sales, like Black Friday, so there has been a lot of activity trying to grab the customer’s dollar and of course that has helped everyone.”

HANDING IT TO THE MARKET?

Last year’s coverage of the market for floorcare products saw the majority of suppliers pointing towards handstick vacuum cleaners as one subcategory that would grow, internationally as well as locally.

Electrolux’s Alan Dalton, never one to mince his words, again sees handstick as the subcategory to drive the market. He also says, however, that new low-cost products could bring price points in the segment down.

“The handstick market is still growing quite rapidly globally because there are a lot more players coming into it,” he says. “Unfortunately, there are a lot of these new players who want to drive the category down in price but that consumer is always there, so there’s not a lot we can do about that.”

Adding as ever that the fiercely fought, price-pointed end of the segment is not where Electrolux wants to be, Dalton says that nonetheless the brand’s prospects in handsticks remain “very bright”.

Dyson has also seen good, in fact “phenomenal”, growth in handstick models and Mark Robinson confirms the company will be launching a new range of cordless vacuums going forward.

IS THERE A PLACE FOR POS?

Retailers may continue to drive the category along but there’s a wave of opinion that effective in-store display and point of sale for floorcare are on the wane. This was the view last year and many felt it would continue to be the case.

I put it to the people in the know whether the word around the market about a lack of promotion at point of sale has changed in the last 12 months or is it still a no go?

TTI’s Nick Martin feels that it is a space related issue, saying that real estate is difficult to come by in stores: “I think in Australia they are better set up and have great POS but in New Zealand it is limited. I think it is more the set-up that inhibits this and it’s frustrating because I think there is a terrific scope for it.

“What you really need is a point of difference but it seems that all the stores stock the same products and ranges – that’s why you have these sales that just squeeze margins. But that doesn’t help anyone.”

Sharon May, Floorcare Product Manager for Miele Australia/New Zealand offers some additional insights as to why in-store displays have not taken off as well as they have across the ditch.

“In-store theatre within the floorcare category has been consistently inconsistent in the sense that there is no single standard in the industry. As a result, many suppliers offer POS solutions to position their brands in the best possible light but these solutions can sometimes clash with the look and feel of another brand within the store.”

She continues: “The retailer needs to drive how the category is presented in stores to create excitement and provide a welcoming space to educate consumers about floorcare options. There needs to be collaboration between retailers and key brands to create a win-win concept that will work for everyone.

“For example, the cosmetic section in a department store offers a consistent layout yet each brand is able to present an individual brand personality through product merchandising as well as the interesting use colour and material of fixtures.”

Floorcare continues to be a dynamic place to play, with existing players upping their game at the same time as new entrants are being attracted to the category. But there is a lingering unease around the place that some of these new entrants will simply use price to make a bigger splash.

One school of thought is that some retailers simply have too many brands and, in their attempt to be all things to all consumers, are confusing matters by overwhelming their customers. Spoilt for choice is the phrase that spring to mind.

“On the other hand, true innovation can present consumers with a complementary offering, such as a handstick vacuum cleaner for those quick clean-up occasions.”

Looking at the numbers, Alan Dalton at Electrolux says the ever-increasing number of floorcare brands – 60 at his last count – means that there is inevitably fierce competition for a slice of the market with such a modest nation of 4.4 million people.

Taking the longer view, however, he says that the leaders in the category will continue to drive the category going forward: “The key brands are the ones that drive and push the category but there are people who buy cheap and will eventually come back but unfortunately we can’t wait for them to come back.”

Echoing many of these sentiments is Mark Robinson: “Devaluation and discounting from several key brands has really started to pull the market ASPs down which is worrying for the profitability of the category.”

Dyson however, claiming the market’s number one position by value is at the same time driving sales towards its top-end Cinetic range. Says Robinson: “Consumers are really starting to understand the ‘value’ benefits of having a machine with no ongoing costs, no bags to buy and no filters to maintain.”

IS SUSTAINABILITY A FACTOR?

Energy efficiency, if not outright sustainability, is a driving force behind many other categories. I put it to the suppliers of floorcare products whether it has much impact on the attitudes of consumers when it comes to the purchase of a vacuum cleaner.

Not according to an Australian survey from last year. The Research Now Online Panel Category Positioning Survey Vacs Australia 2014, revealed that just 6% of Ocker consumers quoted energy efficiency as an influence behind their purchase decision says Miele Australia/New Zealand’s Sharon May.

Nevertheless, she adds: “Sustainability continues to be a key global topic as demonstrated by the introduction of energy efficiency labelling in the EU. The logical assumption is that this will become a requirement in the Pacific sometime in the future.

“As the wattage of vacuum cleaners is higher here in New Zealand than in the EU, consumers will need to understand that high wattage does not equate to high suction. A low wattage vacuum cleaner can accomplish very high cleaning performance and suction.”

THE ROBOTS ARE (NOT QUITE) READY!

Are the robots coming? In the April issue we included outtakes from an ABI Research study that estimated the global home care/lawn care robotics market within the next five years would surpass US$2.9 billion across some 7 million robotic products.

It’s still early doors for robovacs in the New Zealand market but all the main players have an eye on what’s happening elsewhere. Miele has outed its RX1 Scout robot vacuum (see page 34) but Alan Dalton at Electrolux for one wants to be sure that both the timing and the product are right before an Electrolux robotic cleaning product hits the shelves here. He also says the market here is not as strong as it is in other regions, even across the ditch.

“We were going to look at robot this year but we have put it back to 2016 [and] we are aware our competitors are doing the same. I think there was a race to the market but a bit of honesty has come through, which is nice. The robot market here is tiny – from what we can gather it is about 500-1,000 pieces. In Australia it is about 40,000 pieces.

“I think once we finally launch our robot, and our key competitors launch their robots, we will drive a new category for the consumer and obviously the retailer. Every time I bring something in I go by the theory that if it’s a quality product we have done the right thing.”

Alan Dalton is adamant about “not selling something just for the sake of it”. “It’s got to be right – that’s the Electrolux way.”

Although it’s been released in Japan, and has generated tremendous interest in other markets already, Dyson has yet to release its Dyson 360 Eye robovac to the New Zealand market. Avery Robinson’s Mark Robinson is another to assert that the Dyson brand will wait until the product is fully ready for the New Zealand market.

“After 16 years of intensive research and development, Dyson’s cyclonic robot vacuum cleaner is now in the homes of the tech-savvy Japanese, as they take it through final beta testing,” he says.

Looking forward, there are exciting advances entering into the market, and with suppliers competing for floor space with existing and new competitors there looks to be an interesting period ahead for floorcare products.

We have already seen at least one premium brand going into hardware stores both here across and Tasman – will this trend continue? Or will suppliers begin to look into more direct selling and online channel? Clear the floor... 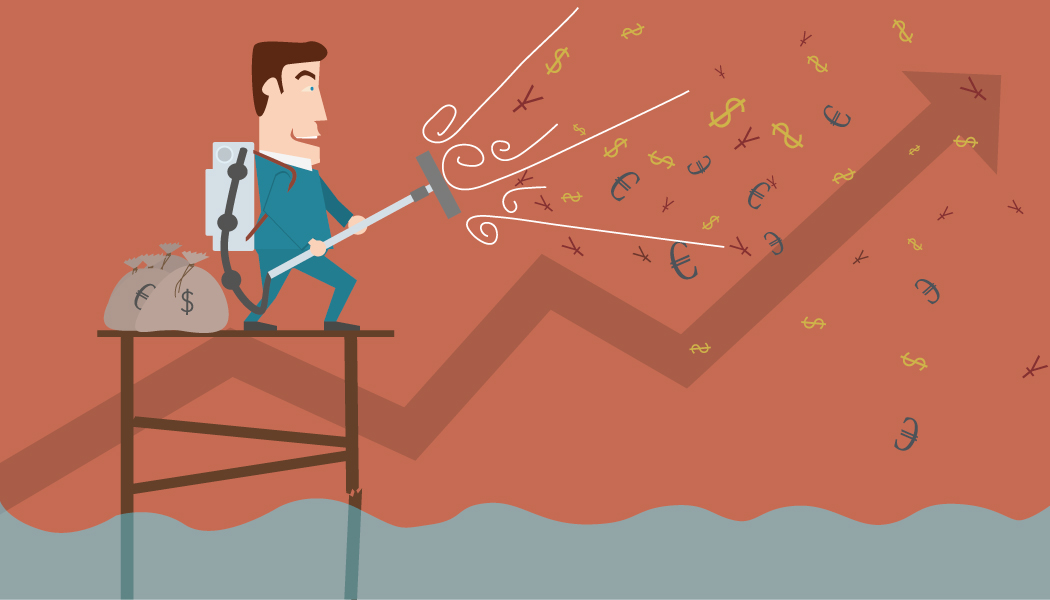 GfK’s latest figures in the NZ floorcare category make for interesting reading – is the floorcare sector slowing down after some years of growth?

According to GfK, although both sales units and sales value for vacuum cleaners have seen continuous growth for four years (in fact since MAT March 2012), the latest figures (MAT March 2015) show that the market has slowed down with just a 1% increase in sales units and 2% growth in value compared with MAT March 2014.

In terms of segments, canister is still the biggest but is gradually shrinking. The canister segment now has a 69% share of total NZ sales units and a 72% share of value. Key changes within the segment show price points below $200 seeing 4% growth MAT March 2015 versus MAT March 2014.

GfK confirms that handstick is the main driver of overall category growth, with an impressive 13% contribution to sales value for the total New Zealand vacuum cleaner market. Also positive is that handstick – in contrast to canister – is seeing most growth in the $400+ segment, with a 13% increase MAT March 2015 over MAT March 2013.

As covered off in the main article, robot floorcare in New Zealand isn’t attracting as much interest as in some overseas markets. The GfK stats say that robots aren’t growing here anywhere near as quickly as in Australia where they command a 9% value share of the market. In New Zealand currently, robots can only boast a 1% value share.