Swimming in the same direction 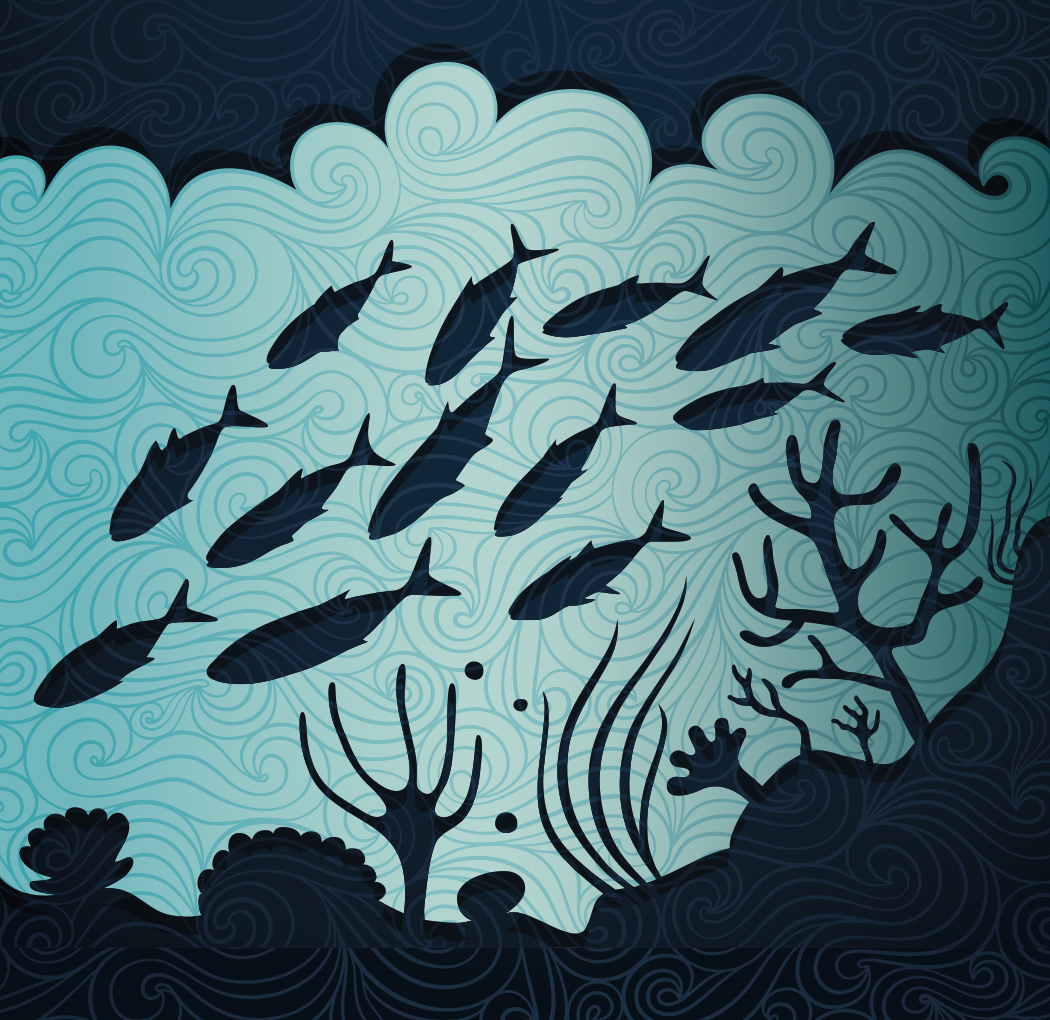 To see all the photos of this event, click here.

This may well have been a case of Appnet sensibly cutting its cloth to suit the difficult market conditions its members are continuing to operate in, but that’s not to say this year’s event was by any means “conference lite”.

SWIMMING WITH THE BIG GUYS

Having got the closed member-only business sessions out of the way on the Thursday afternoon, setting the scene bright and early the next day was Appnet GM Grant Sheridan, who started with a video themed around the Great Barrier Reef close by.

Could Appnet “swim with the big guys”? Will members all swim in the same direction? And what about those “clownfish” – certainly, for some in the marketplace, the “race to the bottom” which Appnet’s GM decried a couple of years ago still persists.

The last year has seen progress for Appnet but it has also been “a challenge” with a lot of changes in the marketplace. Typically, unit sales have been holding up but values have been reducing. Where to from here?

“Now is a time for change in the independent space,” said Grant Sheridan. “There are real challenges ahead for some,” he emphasised, adding that there probably needs to be a coming together of the independents around a “true low-cost model” to provide the sheer volume the indies need to buy, and therefore sell, better.

Also directed towards increasing volume and relevance was further encouragement for Appnet members to continue moving towards buying from preferred suppliers.

Underlying this overall drive towards increasing the group’s volume was Appnet’s firm belief that the independents nevertheless need to accentuate their own individual identities, their names and brands still holding a lot of value in their localities.

But, make no mistake, the message was that business won’t be getting any easier. “We are like everybody – we are going to have to fight for our survival like everybody else – but, being disciplined, adapting to the conditions, using our collective size wisely and operating responsibly should see us perform well,” concluded Grant Sheridan.

SWIMMING IN THE SAME DIRECTION

Appnet Marketing Manager Laura Halligan followed, with details of a new centralised member engagement tool – effectively a portal for members through which all Appnet information relating to prices, products and promotions would be centralised for easy access. The new portal is all about giving members “the right information to help them maximise returns”.

Candidly admitting he himself had strayed from the path when it came to sticking to Appnet’s core brand allegiances, the Blenheim retailer would also pick and choose products, none of which, he admitted, really helped staff in-store, or the business.

But now, 21 years since he started running his own store, Michael Fitzpatrick is leading the charge towards a more disciplined approach, supporting Appnet’s core brands – “the ones that will survive”.

He also shared other aspects of working on his store that have benefitted his business. Like regular changes to the shop’s layout which are definitely noticed by customers. Indeed some changes, like moving where a category is in the store – say headphones or wireless loudspeakers – have even resulted in a different profile of customers.

Michael Fitzpatrick also talked about a groundswell of support developing for local independents. “The public are starting to be aware that, if they don’t support their local shops, they won’t have any,” he said wryly.

His bottom line? “Take the sale!” If you really have to match the lowest price, add-ons can more than make up the difference.

Both because 2015 is another Rugby World Cup year and simply because he’s a leadership  legend, this year’s guest speaker was doubly relevant and not to be missed.

Sir Graham “Ted” Henry is of course one of the most successful rugby coaches of all time, having coached the All Blacks to 88 wins in 103 tests, including winning the 2011 Rugby World Cup.

Subsequently made a Knight Companion of the New Zealand Order of Merit in the 2012 New Year Honours, for services to rugby, you can’t help but be slightly in awe of the man. But, throughout the Cairns conference, he not only attended all the functions rather than just turning up for his own gig, but was also highly approachable and actively interested in each and every attendee.

Clearly perfectly at home in a leadership position, Ted spoke in a natural, entertaining way and really connected with his audience.

Looking beyond the very many amusing and highly engaging anecdotes, sporting and otherwise, my reading of Ted’s session (which was certainly open to interpretation on many levels) was that it was all about creating an environment in which constant improvement simply becomes natural, just part of a normal day.

Looked at one way, developing and improving a business is no different from doing the same for the All Blacks. You need a vision, goals and objectives – in his time the ABs’ was “all about adding to and extending the legacy of 110 years – not just adding trophies”. “What’s yours?” he asked.

Cutting to the chase, the guts of Graham Henry’s session was about how to get better as a team and as an individual. Part of that is admitting you or your business is never quite perfect.

In this respect, he talked of something the ABs called the “humility backbone”. That goes something like: “I am not the finished product. I can get better. How do I do that? How can I keep on improving so I can do my job – or live my life – better?”

OUT & ABOUT WITH THE SUPPLIERS

After lunch, delegates were treated to a series of supplier presentations starting with F&P and Clive Ross (look out for a raft of new Haier built-in cooking products, top loaders and new DishDrawer from F&P soon).

Then we were out and about, first stop the Cairns Zoom & Wildlife Dome atop Pullman Reef Casino (think tree adventures meets petting zoo), where Parmco’s Trevor Preston braved not only the flu but also a modest bungy to grab his audience’s attention.

Then, downstairs inside the casino, Panasonic’s James Keene and Peter Dalley came up with lucky dice-styled PK session. And, after a quick walk, Pat Neville and DéLonghi treated us to a high tea style new product introduction complete with elegant cakes and sandwiches.

Rounding off the day, it was off to the shorefront for a BBQ styled dinner, preceded by Malcolm Bain, Louise Laloli and Sandy Hitchcock sharing some of the Electrolux Home Appliances’ and Small Appliances’ outlook on the market.

TAKING ONE FOR THE TEAM

Having not been able so far to take a dip in the sea thanks to the local crocs and the jellyfish, day two proper (Saturday) kicked off with a welcome boat trip that delivered us to a pontoon at Moore’s Reef, on the Great Barrier Reef.

The morning was therefore spent swimming, let me say if not always with the prevailing tide, then at least often with the big fish…

The final evening’s “surprise dinner” was at AJ Hackett Cairns but the intriguing venue wasn’t the only surprise.

After dinner, at the conclusion of the awards presentations, t-shirts were presented to supplier attendees. Trouble is, their logos had been printed the wrong way up – surely some mistake? Not a bit, the logos

See below for the full list of those member and suppliers who won the year’s top awards but big ups also to those who bungeed: Malcolm Bain (Electrolux Home Appliances); Malcolm Pilkington (BSH); Peter Dalley (Panasonic); Trevor Preston (Parmco); Mike Mann (a ring-in for Miele); Michael Fitzpatrick (for F&P); and Paul Fenn (for BDT/Mitsubishi Electric).

To conclude our coverage of this year’s Appnet conference, from a range of attendees I gauged both a positive response to the venue and the programme and to where the group is heading.

To round off the fishy theme, this time next year we’ll be asking have the members continued to swim against the current of cost-plus retailing? Did Appnet and Betta end up swimming with the big fish? And did this event mark a sea change among the independent retailers?

The culmination of the 2015 Appnet conference was as usual the Awards dinner on the Saturday night. This year’s venue was the stunning setting of AJ Hackett Cairns, bungy central for thrill seekers. Which members and suppliers made the jump from good to best? Read on…