From dogsbody to doggy daycare

Long-time retail personality David King has come a long way from being a young dogsbody in the fabric industry to a leader in doggy day care. Merv Robertson reports. 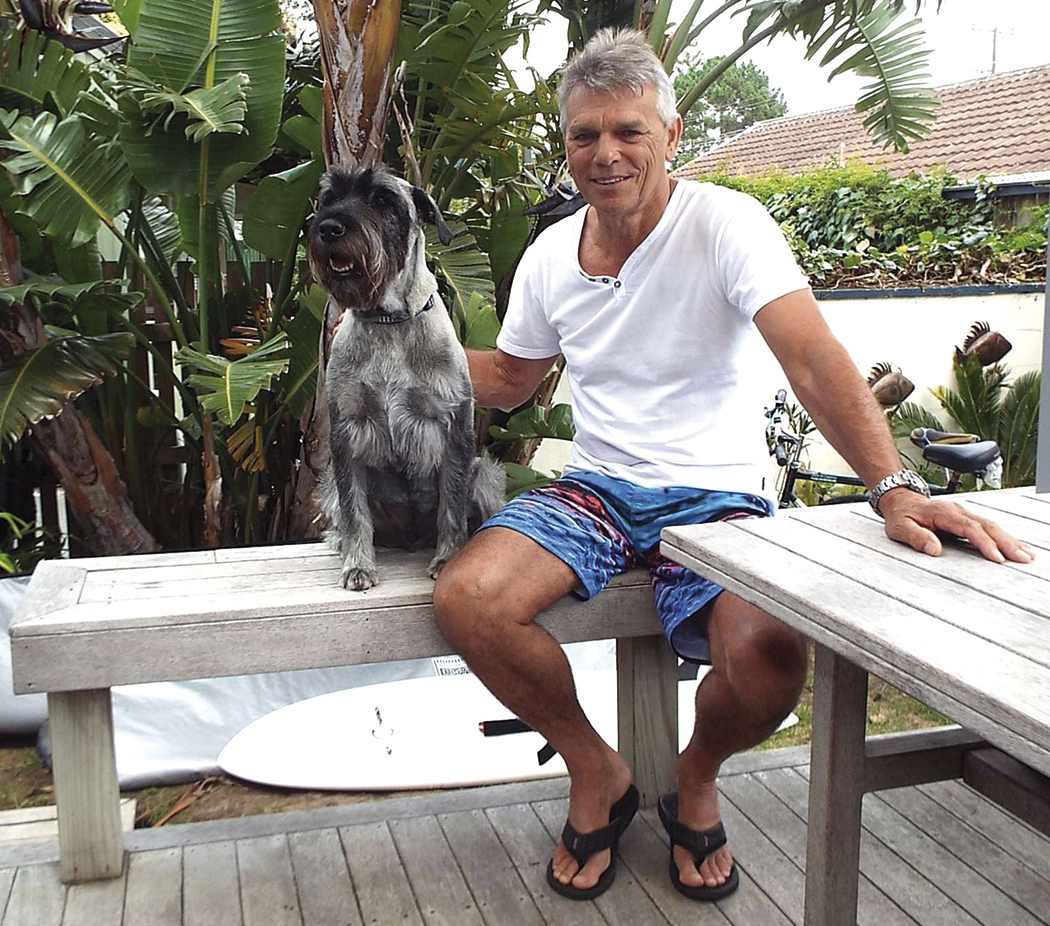 After David King passed School Cert at Auckland Grammar, his father was moved to say: “What am I going to do with you? All you want to do is wag school and go surfing.” The suggested solution was a junior bank job…

“No way was I going to be a banker,” says David, but he did get work as a warehouseman at textiles wholesaler Brookbanks, where his first boss, John Taylor, got David started in selling.

The company found itself with surplus fabric at one stage so David was sent out to sell it. “I had no idea how to go about this but he directed me to the Queen Street department stores and off I went, a very shy 17 year-old, cold calling these lady Buyers. Somehow I managed to sell everything!”

Three years spent on the road for Arthur Ellis & Co as a Rep selling Fairydown and Sleepwell brought a new-found maturity to surf- and sea-loving David King and it was during this period that he and Mary-Jane McBride decided to marry and buy a home.

“I quit repping about a year after we married and took up a full time position at Dalbeths Takapuna where Lance Gladding was Manager. Lance then transferred to the main shop in K Road, I became Branch Manager and, all up, stayed with the company for 10 years, the last seven working in K Road.”

A core of Dalbeths personnel would remain in our industry for a very long time: Roger Guthrie who owned the place; Neville Roundtree; John Taylor; Lance Gladding; and David King.

Lance and David left Dalbeths in 1983, buying the Hill & Stewart franchise in Papakura, with Leonard whiteware from F&P. Neville and John were already running Hill & Stewart in Panmure, Howick and Glen Innes.

Once established, the Papakura shop expanded and the pair took over the franchise in Manukau City. But moving to a mall tenancy “was a shock to the system”… “Our rent was 4% of turnover or $80,000 per annum (whichever was greater) and an awful big number in those days!”

That was in 1985. A couple of years later, Lance and David bought the Glen Innes and Panmure stores from Neville Roundtree and John Taylor, who both came and worked part time for them.

Having grown to four shops and a warehouse, plus a trade-in depot, David found he was spending more & more time running around “administrating” and became frustrated. “I loved being on the floor selling. Interacting with people, giving advice and building relationships were strengths of mine so in 1993 I sold my shares to Lance and went looking for something else.”

After “10 very good years”, the time had come for change and, in November that year, Chris Arthur and David King opened one of the first Retravision-branded stores in Glen Innes, trading as King Retravision. “I loved being back to basics, on the showroom floor day in, day out.”

In March 1999, Chris decided to leave the industry and sold his shares to David, who operated as a sole trader. But, after resigning from Retravision in 2005 to become an unidentified ACL member as King Appliances, David closed the doors in 2008.

It was a tough decision to leave an industry he had worked in for 36 years, but, David explains, with a recession looming, the timing wasn’t at all bad: “Finance companies were falling over and criteria around hire purchase was tightening dramatically. About 50% of our business was hire purchase, mainly with our local GI clients and we went from around an 80% acceptance to 20%!”

Margin erosion of margins had been an issue since the mid-1990s but the loss of so much hire purchase business was hard. “It was all about matching prices. I felt like we simply sold commodities. The fun had gone too, so I decided enough was enough, time to get out.”

King Appliances closed, the building was sold and David King started thinking about a new future. Soon he was working part time at Vince Roberts Electrical, but Mary and David were also thinking about something completely different…

Being dog lovers, it came to their notice that there was a market for a doggy day care facility and their plans started to formulate. Tragically, Mary was diagnosed with cancer in 2011 and finally succumbed the following year. “That was a terrible shock of course and tending to her needs put all other plans on hold,” David reflects.

Today however, that dream has been realised and David King is the proud owner of The Dog Club in St Johns, Auckland. The Dog House is strictly a day care operation, with David concentrating on the operational part of the business, daughter Rebecca, after a stint at BDT, managing the front end and the family Schnauzers are permanent fixtures. Check it out at www.thedogclub.co.nz