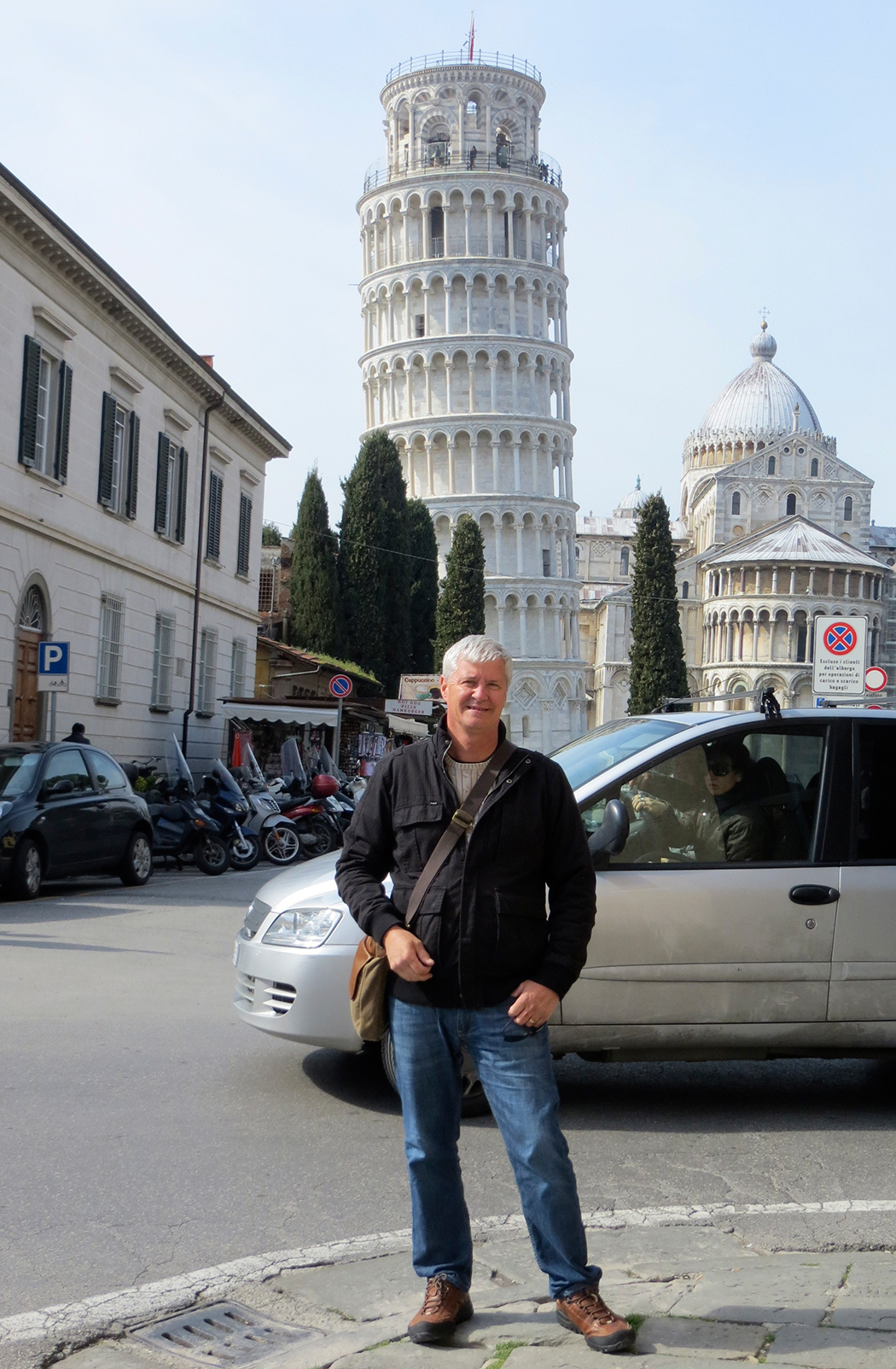 Eric Bleakley left Henderson High aged 16. After various jobs, his first encounter with retail came in 1973 as a Farmers management trainee. A year later, asked to stay on as a home appliance salesman, but with advancement looking to be a slow process, he moved to Levene’s.

Soon enough bored at Levene’s, Eric joined Jorgensen Appliances in Henderson, which was owned by Ken Jorgensen with son David as Retail Manager.

Then, in 1978, the late Dennis Amiss offered him a position at Hill & Stewart and he became Branch Manager at Manukau City. Two years later, H&S was broken up into franchised owner-operators and Bruce Fyfe purchased Manukau.

So, Eric recalls, he put on his best suit and went for an interview with Graham Boggs at F&P, ending up as a Panasonic Rep covering the Waikato/Bay of Plenty.

“They were great days!” he says today. “Personal relationships counted, dealers looked forward to reps calling and there was plenty of money in appliances!”

In 1985, Eric decided to look outside Auckland. Leith Toner had purchased Judds in Tauranga from Jim Whiteparsons and, in partnership with Bill Belton of Stereo World in Auckland, was considering a joint venture store in Rotorua.

Judds of Rotorua opened in 1986 with Eric Bleakley steering the ship. It was all very exciting for a year but, following the 1987 crash, the shop was later sold to competitor John Hamill of Channel 5, with Eric staying on as GM.

BACK TO THE “SUPPLY SIDE”

In 1990, he moved back to Auckland and met with Graeme Perigo of Philips, which was about to undergo a number of changes. As Sales Manager, Eric had “a varied portfolio”, eventually setting up a specialist small Domestic Appliances Division in late 1993 with a team of “enthusiastic people with tons of ability – they were fun times!”

Wanting to get back into CE but with no openings at Philips, Eric then moved to Sharp as National Sales Manager, before realising he was “not moving forward, not pushing the boundaries.”

Having heard Farmers was looking for someone to head its “problem” CE activity, Eric accepted the buying role in 1996. “Over time,” he says, “We drove the business to a point where our market share in electronic appliances was amongst the best in the world for a department store.”

Two years later, Eric won the prestigious Buyer of the Year award (a first for the division) and with it, a cash grant plus a month-long study trip to the UK. Soon after returning, he was installed as the company’s Business Planning Manager,.

Meanwhile, the 67-store DEKA subsidiary was losing money and Eric was appointed Merchandise Manager, with a brief to find a fix if possible.

Eventually however, the decision was made to close the stores and Eric had the unenviable task of managing DEKA’s demise at a cost of 1,700 jobs.

The emotional toll was profound, to the point he swore he would never do anything like that again: “I got sick and realised I didn’t want to do it anymore. So, at the end of 2000, I quit.”

FROM RECHARGING TO REBUILDING

Relishing being back in the industry, he set about rebuilding the business. Changes included headhunting Paul Wynne from Farmers as Major Accounts Manager and getting Graham Street, by then retired from Philips, to look after servicing.

Sunbeam was “going along great guns” until, out of the blue, Eric was approached by DéLonghi which needed a General Manager.

Revelling in new challenges with DéLonghi, one highlight was the introduction of Nespresso into New Zealand, as a partner, with encouragement from Nik Papa at Harvey Norman.

However, in 2009 the world changed. Internationally DéLonghi was making big changes including paring back its New Zealand branch.

Staying true to his vow after the DEKA experience, Eric opted out and, with his wife Linda, contemplated their next move.

That “next move” was eyewear provider Image Optics (www.imageoptics.co.nz). Its primary customers are independent opticians and what the Bleakleys particularly like is that it is a relationship-based business.

Eric and Linda enjoy being able to take long weekends to travel, ski, fish and generally explore alongside the commercial calls. Plus, with suppliers in the UK, Australia and Europe, international travel is part of the job.

Eric concludes: “We work hard but we have a great lifestyle too!”

To see all the instalments in our series Where are they now? click here.