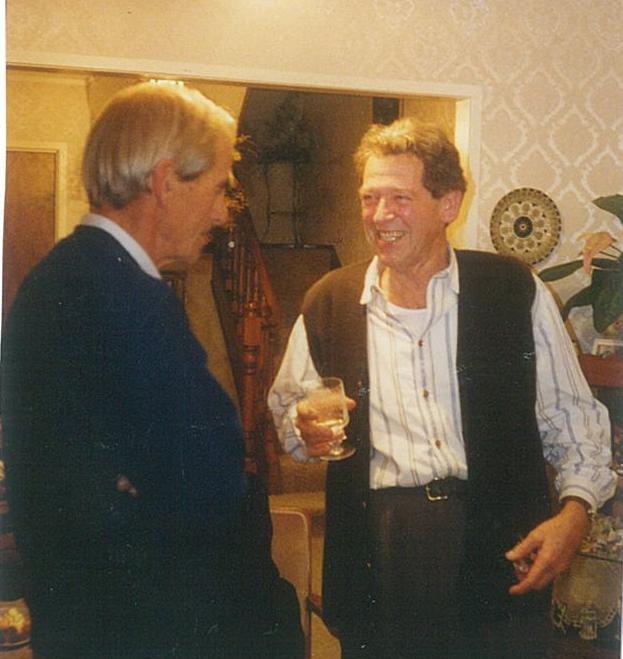 George Marra (above right, circa 2002, cracking a joke with his late brother, Don) was the essence of a typical salesman, old style with no formal training.

He came off family farms in Dargaville and Pukekohe, had a short stint as a builder’s labourer and then went straight into the commercial world.

George was a popular, naturally persuasive sort of a guy who told it like it was and expected no favours – do the business, or not and move on.
He is remembered as one of the original “G-Men” – a Gestetner salesman before he moved into the whiteware game with Prestcold distributor McAlpines. His talent shone through and he became Sales Manager.

George’s growing reputation did not go unnoticed and circa 1968, Ray Walker of Autocrat (later to become Sanyo), made him an attractive offer so he traded “whites” for “browns”, becoming the company’s Sales & Marketing Manager, a position he held with distinction until around 1979 when he left Sanyo to try his hand at retail.

Having joined Noel Leeming Television in Christchurch as General Manager – a reflection of the esteem he was held in by Noel Leeming himself – although this relationship only lasted a couple of years, the Marra footprint remained in the training he provided for the rest of the management team.

George Marra’s career could be described as “colourful” and his style is unlikely to be seen again. RIP George.