Bits & bytes from around the Wares channel 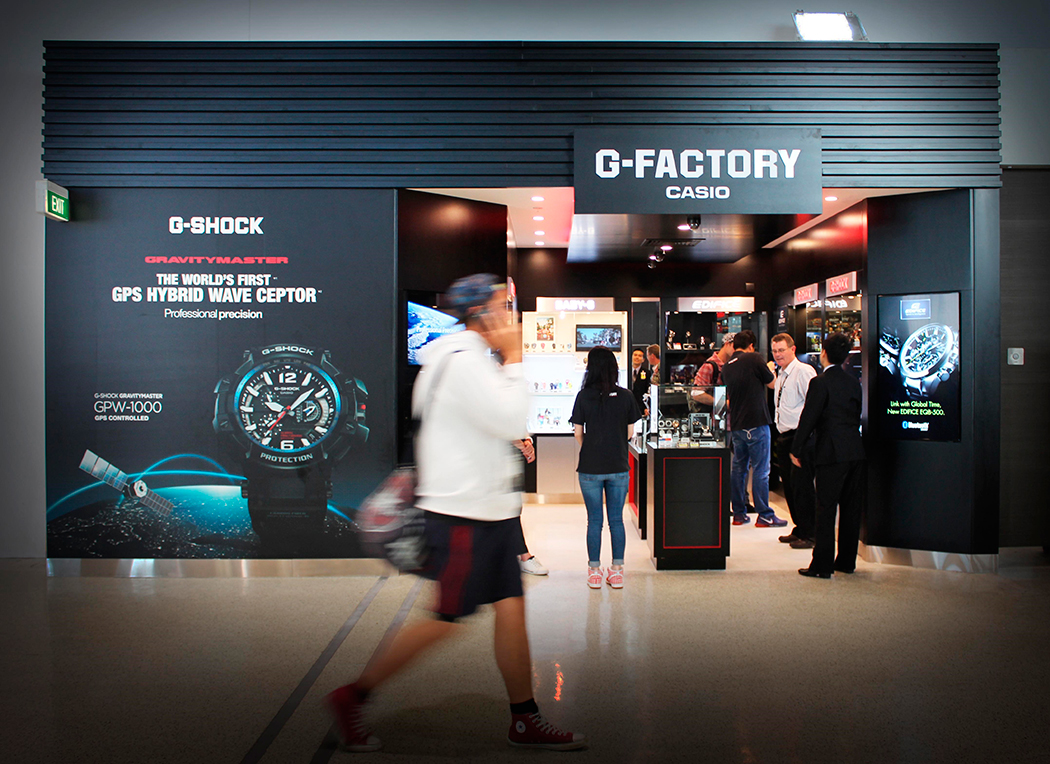 News from around the channel from Monaco Corp, Miele, Belkin and Bunnings, Sennheiser and Logitech.

G-Shock, horror probe! – Part of Shriro/Monaco Corp, New Zealand will soon have three G-Factory stores. Already open are sites at Auckland (see photo above) and Queenstown Airports, with a third coming soon to Queenstown's CBD. The first Casio G-Schock G-Factory Premium Store opened in Singapore in 2013 and there are now 900+ G-Factory stores globally with the target set at 1000 stores by the end of 2016. 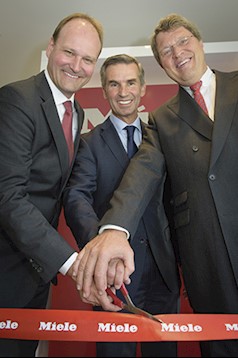 Miele expands out of town – Miele Australia has been busy expanding its showroom concept with the opening of the brand’s first regional venue on the Gold Coast. Miele Experience Centre Gold Coast is located at Brickworks, Southport, where demand for Miele’s premium appliances continues to grow.

Belloggetti beckons – Stuart Bulcraig at AV Supply Group has just confirmed it has been appointed as the NZ exclusive distributor for the most famous Bellogetti AV furniture brand and Bello Digital Products.

Bunnings gets into IoT – With the much talked about Internet of Things (IoT) getting ever closer to the mass market, Belkin’s WeMo plug & play home automation system has been taken up by Bunnings in Australia and will feature in some 160+ Bunnings stores nationally, with the products rolling out from mid-July. We understand that this announcement is for Australia only at this stage but may also apply to New Zealand soon… WeMo is currently available in NZ stores including Noel Leeming, Harvey Norman and Dick Smith.

Lifetime award for Jörg Sennheiser – Professor Dr Jörg Sennheiser has been presented with the coveted Deutsche Gründerpreis 2015 (German Founders Award) in the Lifetime Achievement category for his many years of service as head of Sennheiser and his commitment to entrepreneurs and start-up enterprises. The award is a joint initiative between magazine stern, the Sparkassen savings bank, broadcaster ZDF and car maker Porsche.

Logitech (almost) reveals reinvention – Logitech is not only busy crafting a portfolio of products that go beyond PC peripherals, but also has a colourful, bold new brand attitude and a re-imagined logo. There is also a new sub-brand – Logi – which will be applied to some of the as yet unannounced new product types as well as on select products in existing categories. “Expect some twists and a few surprises in new categories,” says Logitech coyly.