From Glaxo to the Gobi

From Glaxo to the Hauraki Gulf and the Gobi Desert – where is Errol McKenzie now? Merv Robertson reports. 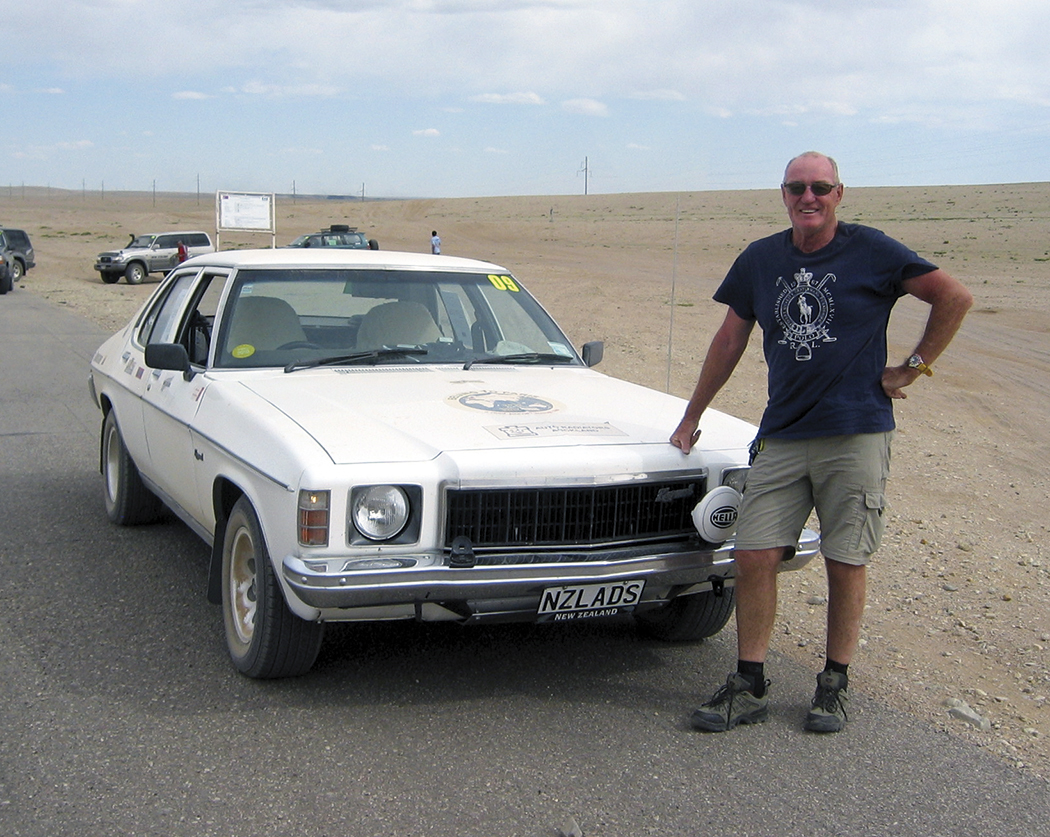 In November 2011, Errol McKenzie fronted up to the Wares Awards, despite the handicap of a snapped Achilles which meant he was on crutches. He had been invited along as a guest of Wares on the pretext of catching up with some old mates.

Despite his lack of mobility, his wife Sarah insisted he attend and that night, along with the late Alan Martin, he was inducted into the Wares Hall of Fame.

“It was a complete surprise! I had no idea what was coming until the announcement was made, although Sarah had been in on the conspiracy. To be honest, I was struggling to hold my emotions. It was a very special night,” he says today

Errol left high school in 1961 and started with Glaxo in Palmerston North as a technician. His first day on the job was spent cutting up 600 pounds of horse meat which was used in producing a veterinary vaccine.

Errol stayed with Glaxo for 23 years, moving into sales & marketing then general management. Then, aged 40, he took two years off to “re-educate” himself and enrolled to do an MBA at Massey.

Next it was off to Auckland and seven years with Dominion Breweries, ending up as General Manager Marketing & Marketing Services before setting up his own consulting business covering marketing, general management and project management, eventually becoming associated with Philips in 1989.

From the mid-1980s the Philips brand had begun to lose its way. Enter Errol McKenzie. Initially he went to Philips for a three-month consultancy, specifically to look at consumer electronics.

“I was briefed by the MD, Jan van Dissel, and in broad terms I was to get a fix on the true position of Philips in the minds of retail clients and end customers, while also evaluating culture, style and expectations within the company.”

It soon became obvious there was a gap between the company’s perception of the brand and its actual position in the marketplace and, to van Dissel’s credit, he was prepared for some unpleasant home truths to be put on the table.

Although Jan van Dissel soon went back to Holland, he was replaced by Alastair Sutherland, Philips’ first Kiwi MD, who asked Errol to extend his contract and implement change.

“Philips had to redefine itself – improve its culture, redefine the product portfolio, re-assess its approach to the market and become a whole lot more proficient. As a team, we had to become reinvigorated.”

Within a year Errol joined the company as Manager of Consumer Electronics, moving from arm’s length to fully hands-on to make it all work.

“We had a tough task and it took three years to really prove ourselves. We got the product range right and proved that we were prepared to support the brand in terms of our customers in a partnership role, and in consumer activities.

“It was the old story of people doing business with people. We fronted, we did what we promised to do and in the end Philips was back on track.”

When Alastair Sutherland resigned in the mid-1990s, Errol McKenzie was appointed Country Manager. Under Errol’s watch, Philips became heavily involved with the All Blacks.

In 2002 McKenzie’s Philips career took another significant turn. Three regional positions of Vice President for Consumer Electronics were created, one of which had the CE General Managers from Australasia, the Middle East, Africa and Pakistan all reporting in.

Confident the New Zealand operation by then had the right structure and the right people in place, he accepted the job. “It was a big undertaking and during those five years, I spent an awful lot of time in aeroplanes, but the experience and challenge of working across a diverse range of markets and with different people was an outstanding opportunity.”

Reflecting on 13 years with Philips, Errol McKenzie first and foremost remembers the many people with whom he worked and enjoyed good times. “I saw a number of great young people come through. To name a few, Chris Kerr, Jane Waddell and Matt Moran immediately spring to mind and of course stalwarts such as Graham Street, Leigh McCrea and Duncan Armstrong were special. I enjoyed great times with many customers and competitors.”

Errol turned 70 this year but he’s far from idle. He and Sarah set up their own research company, Futurescape Global (www.futurescape.co.nz), and with two industry partners formed MMD, the New Zealand agent for Philips monitors. He is also involved in a commercial property company in Auckland.

“I now spend more time with the family, more time at the beach house, I get out on the Hauraki Gulf more often and in 2009 I began a new life adventure.” This adventure involved  driving a 1973 Holden Belmont 13,000kms from Beijing to London, including a crossing of the Gobi Desert as part of a goal to drive it around the world…