About the “new” Noel Leeming

With the roll-out of the new branding all-but finished, Tim Edwards, CEO of Noel Leeming Group since August 2013, took time out to talk about turning the iconic retailer around and more. Steve Bohling reports. 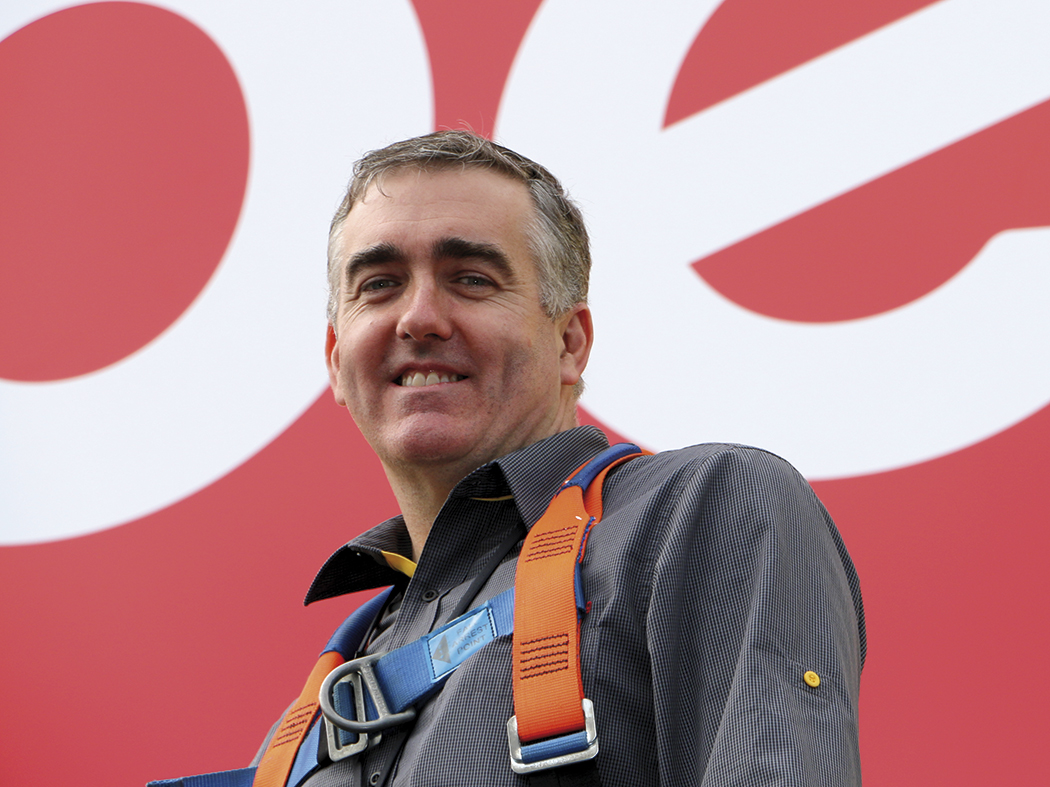 A self-confessed “little Aussie boy who came out of stack em high & watch em fly retailing”, Tim Edwards (above) is charged with sending the Noel Leeming brand forward into its second half century and beyond.

Ironically having worked at Harvey Norman from the mid-1990s, Edwards went into luxury furniture until 2008, which is where he learned that price isn’t everything.

In 2009, as COO alongside CEO John Journee and with Noel Leeming owned by private equity firm Gresham, the pair was charged with deciding if the retailer should be sold or shut down.

Edwards addressed everything about Noel Leeming that was customer facing while John Journee kept the operation running, which he did in no uncertain terms.

Make no bones about it, the Kiwi retailer needed turning around. Morale was low, investment sparing and, in 2008 (the year before the private equity owner brought in Edwards and Journee), Noel Leeming had lost its number one position in the market.

In a refreshingly candid recent internal video, staff talk about the period and the “faded” brand, internal difficulties, about feeling “under the gun” and being unable to change. Added to this was the fact that the GFC was also at its height.

“The business was in trouble,” says Tim Edwards.

“We came with the opportunity to really look at the business and talk to Gresham about what they should do – should they close it down? Should they try and sell it right then and there?”

But there was a third option: should they try and rebuild it and then sell it? Edwards admits this was the hardest of the three options:

“Especially considering we were right in the middle of the GFC – madness! But the core of the business – the people – was fantastic!”

By December 2011 and still owned by private equity, the retailer had got its number one status and mojo back. John Journee has called this “a pivotal moment”, at which time Noel Leeming had proved that it could turn itself around. The sale to The Warehouse Group ensued the following year – job done.

What had changed? Tim Edwards explains how it all unfolded:

“What we realised was that we weren’t going to get anywhere just selling the cheapest product. So we had to do more and we knew then (this was six years ago) that services would be the key for us – end to end services we call it – easily said and hard to deliver, right?”

Started under private equity, Tech Solutions was the first indicator of this service re-orientation and now features across almost every store in the group. What’s more, the experience accumulated with Tech Solutions showed that customers also wanted to be educated around how to use the products especially new technology.

Open Learning Centres have since proliferated around the store network and, with a programme around investment in people, their skills and knowledge, as discussed in more detail below, this service-based outlook has become a cornerstone of the “new” Noel Leeming.

So, what is this “new” Noel Leeming? Tim Edwards’ bottom line on Noel Leeming’s offering is:

AND THIS IS NOW!

Now not everything went backwards under the private equity ownership. But, since 2012, being part of The Warehouse Group has brought with it a whole new level of resource, not just in terms of capital, but also systems to enhance the red & yellow retailer’s core skills.

As Tim Edwards says above, Noel Leeming’s biggest assets, “the core of the business”, are its people – the Passionate Experts we’ve been hearing about for a year or two now.

Passionate Experts? They are “confident, enthusiastic and likeable”. The new uniform is part of this, as is encouraging product knowledge – there’s a big and ongoing financial investment in learning and development.

Now Noel Leeming’s phoenix-like rise from troubled times hasn’t all been hugs and touchy feely – after all the last year has seen Bond & Bond folded into the Noel Leeming business for the sake of brand clarity, not to mention advantages to be had in the case of conjoined properties.

But retiring Bond & Bond had to be done and, as it turns out, detracted not at all from Noel Leeming’s resurgence in market share.

Indeed, Tim Edwards talks about Noel Leeming having matured a lot as a business in the last five years:

“The key is understanding who you are. We now have a clear brand position and personality – we want to be the authority in technology, appliances and services in New Zealand.

“You need to live it, not put it on the outside of your building, that is not how it is done in NZ, there’s a very fine line between confidence and arrogance…” Still, he adds: “But we should be confident! We are number one!”

The years of operating in an ad hoc, hand to mouth manner definitely won’t be missed.

“The thing is we are owned by a publicly listed Kiwi business, a retailer which has a clear 100-year plan so we can think about tomorrow at the same time as delivering today,” emphasises Tim Edwards.

NOW, ABOUT THOSE TVCS…

I asked Tim Edwards about the new TVCs by FCB which kicked off in early September. They were certainly out of the box, unexpected to say the least… “We wanted the TVCs to be a signal of change.

“We wanted to cut across what everyone was doing, including ourselves, which was shouting at the customer… So, we have even toned down our new product & price ads, with a new voiceover and no words to the old jingle.

“Do I think it’ll make customers look twice? Do I think that there’s nothing else in the NZ marketplace like it? Yes – so it’s achieved what we wanted.

“And people are talking about it – we got over 1,000 Likes on Facebook in two hours when we launched it last Sunday night. We wanted to take New Zealand by surprise…” Result.