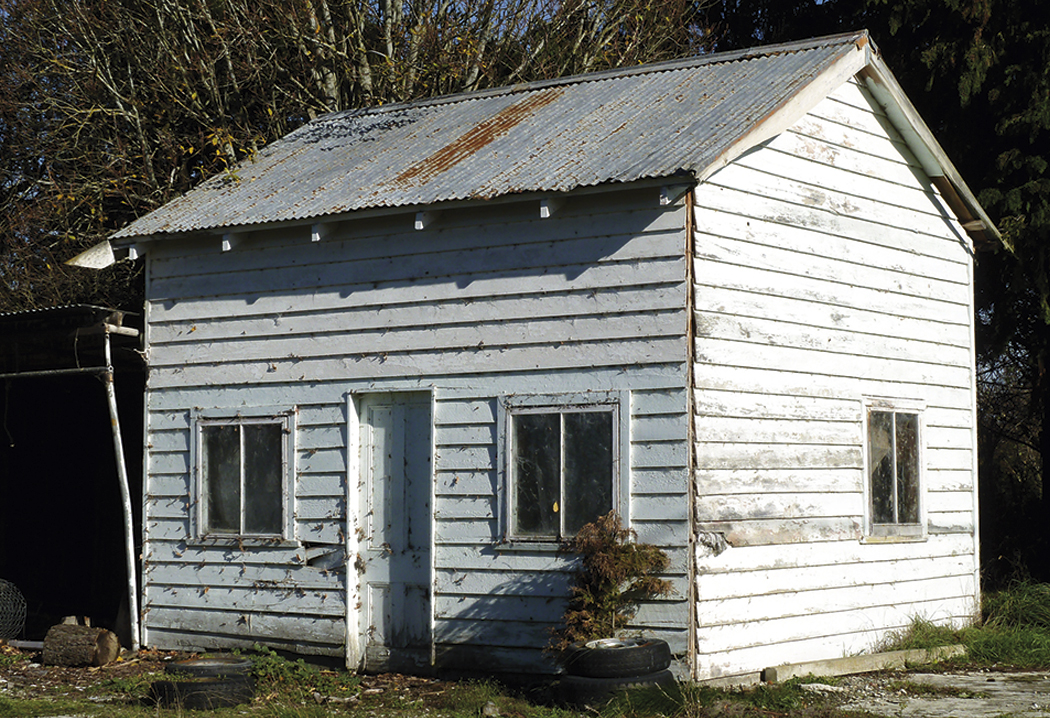 Back in 1880, Southland’s Waimea Plains Railway opened amid great excitement from the locals. It linked Gore on the main South trunk line with Lumsden on the Kingston Branch and passed through the very small town of Riversdale which is home to this month’s iconic retail brand, Austin Bros.

For big city types, the town of Riversdale was founded in 1873. It is situated between the Hokonui Hills (like, you’ve heard of them, right?) and the Mataura River and is roughly equidistant between Gore and Lumsden on Highway 94, the main route from Gore through to Milford Sound.

Riversdale’s population, as recorded by the 2006 Census, is 393, an increase of 30 (up 8.3% to be precise) since the 2001 Census. Unemployment was reported at 0% although nine people were listed as unpaid community workers. So, not a metropolis, but the catchment also takes in a considerable surrounding farming community which lifts Austin Bros’ potential customer base to around 2,000.

As a Philips rep way back in 1972, I called on Austin Bros every month. Like many in the Central Otago / Northern Southland areas, they were characters. They had a good attitude towards suppliers but would never post the cheque.

“If you want an order, come and get the bloody cheque” was their way of making sure they had representation, even though they were in a small town and off the beaten track. I can’t recall ever leaving the shop without an order, or a cheque. Wonder if F&P worked like that with Austin Bros? I doubt it somehow...

FROM HONEY TO HAMS

This yarn really has its roots back in the 1880s when the Austin family settled in Riversdale. Descendants of the family have lived there ever since.

During the black days of the Great Depression in the early 1930s, Jack Austin was a cadet at the Riversdale branch of the New Zealand Post Office, whilst also pursuing his hobby as a bee-keeper. At this time he developed a keen interest in radio technology which was heightened by the arrival in town of an enthusiastic radio amateur (commonly known as a “ham”).

This infectious pastime encouraged Jack to found the business we now know as Austin Bros and, very soon, he was selling radios to the locals – not from the most salubrious of premises, but an old shed out the back of his sister Netta’s home.

Jim Austin, Jack’s younger brother, joined the business whilst still at school, helping with radio sales, not to mention extracting the honey using machinery the brothers fabricated themselves. As the 1930s went on, Austin Bros consolidated.

However the Second World War came along in 1939 and both Jack and Jim were conscripted into the Royal New Zealand Air Force. Jack’s initial appointment was to a secret radio laboratory in Wellington conducting experiments on long range radio frequencies used in aircraft. He progressed into the new field of radar and excelled installing and maintaining radar sites around New Zealand and in the Pacific Islands. Jim trained in electronics before becoming a radio and electronics specialist. He served in the Solomon Islands and Bougainville.

After the war, both men returned to Riversdale and launched Austin Bros Limited. The apiculture business was also maintained with success and a new honey house was built in 1947. But, with the exploding trade in electrical appliances, there was simply not enough time to allocate to honey production so that side of the business was sold around 1949.

The Korean War (1950-1953) saw rural commodity prices in New Zealand soar, resulting in a sharp rise in disposable income for the farmers. This translated into strong demand for new electrical appliances such as ranges, washing machines, refrigerators, radios, radiograms and light fittings – business for Austin Bros was great! But running the business was still a truly family affair with siblings, wives and even mum pitching in.

Strong sales saw a surge in demand for consumables and soon Austin Bros’ stock was spread across town, including Jack Austin’s family home where lighting was displayed. Radio repairs were undertaken in an annex to the original Austin home whilst the assembly of home freezers was done in a garage.

Goods arrived by train and were mainly stored under the big macrocarpa trees which lined the street immediately adjacent to the honey house and the Austin brothers’ family homes. There isn’t any record of what happened when it rained but we presume the roof of this “warehouse” was made from sturdy tarpaulins. Needless to say, the operation in those early days gave rise to many jokes among customers and travellers (olden days’ speak for account or territory managers!).

In 1956 a prime corner site was acquired on Newcastle Street, Riversdale’s main drag, and a new building adjoining the local grocer’s was constructed to house both retail and service. But this innovation wasn’t without its naysayers. A local in the pub one night reckoned the new shop would see a drop in turnover: “Now we won’t have to scramble through piles of junk to find what we really came in for,” he told the brothers. Still, he added: “Amongst the shambles we usually came across something else to buy.”

The very next year, this flash new shop store and indeed all Riversdale’s businesses were flooded when the Mataura River overflowed its banks. But the Austins were undaunted and, a few years later, Jack and Jim bought out the grocer next door, doubling the size of the premises and it is from here that Austin Bros continues to ply its trade today.

FROM RADIO TO TELEVISION

In the late 1950s and into the 1960s, business growth and a high degree of confidence in the future saw the team expand and several of the new staff would remain for the rest of their working lives. For example, Alex McLennan (now retired but still in Riversdale), a colourful character with a dashing career as a racing car driver and a bent for sound systems, would become a business partner.

McLennan developed products for the new sound division which flourished during the late 1950s and through the 1960s as country shows and sporting events demanded higher quality services. The firm provided public address systems for the annual motor racing at Invercargill’s Teretonga race track (a logistical nightmare with miles of cabling running between a multitude of speaker locations).

Austin Bros also provided sound systems for the annual Gore A&P Shows and the Southland Royal Shows, including the event attended by Queen Elizabeth and Prince Phillip in 1954. Austin Bros was also heavily involved in the expanded wharf facilities at Bluff, the huge amplifiers with their lighted valves emitting heat and high frequency waves – something akin to a scene from Dr Who! 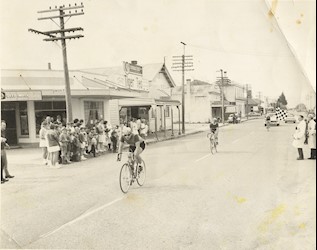 In 1962, television arrived in the Deep South and the impact on the business was immense. The company grew rapidly with the almost manic public demand. However, it was not all plain sailing as reception in the more remote areas was often subject to ghosting or little signal at all.

Small community-based groups were formed and Austin Bros supplied, installed and maintained a series of TV repeater stations across rural areas, most prevalent in Northern Southland. These repeaters were nestled in the high country, beaming pictures to the valleys below (reception was described as “average” at best).

Working closely with the local groups, largely farmers, many good and lasting friendships were established. I recall that Jim Austin was a dry old bugger and when reception was achieved, however marginal, he could often be heard muttering, “That’s watchable”.

Television contributed a significant proportion of the business’ revenue in subsequent years but other areas grew as well and even further opportunities came along. Oil fired central heating was big for a while, although the oil crisis of 1973-74 put paid to that. A division specialising in electrical cabling for homes and farm buildings was also established.

An important development supported by Austin Bros in the later 1960s was the design, supply and installation of vast rural water reticulation schemes using new plastic pipe technology. These installations provided clean water year-round for stock on the farms which in turn resulted in increased productivity. The firm’s pumping and plumbing arm was responsible for the activity and this remains the case today. Diversification or what?

AUSTIN BROS – THE NEXT GENERATION

By the early 1970s the next generation of Austins had joined the business. Bryce Austin, son of Jim, took up an apprenticeship in the electrical appliance side and Geoff Austin, son of Jack, completed his qualifications as an electrician. Geoff then took a business management course at university.

Jack Austin died in 1979 with Geoff taking on his shareholding and Jim decided to retire soon after (he passed away in 1983), his shares going to Bryce. So now there were two new Austins who, along with Alex McLennan, headed up this successful rural establishment. They registered a new company the following year, Austin Bros (1980) Limited.

Austin Bros co-founder and patriarch Jack Austin spent much of his life turning dreams into reality for the good folk of Riversdale. He masterminded the construction of the local sports ground grandstand, the foundation of the golf club, various community facilities and the impressive community hall. He chaired the Riversdale Centenary Committee in 1973 and put countless hours into local body organisations. The legacy of his endeavours endures as is reflected in the high quality and diversity of the town’s infrastructure.

Alex McLennan retired in 1999 with Trevor Allan buying his shares. Bryce left the business to become a motelier in 2005 and, between them, Geoff and Trevor bought him out.

These days a major emphasis is placed on capitalising on the phenomenon of dairy farm conversions and the resultant demand for residential wiring, plus specialised farm machinery. This boom has come at a good time as the competition from the big retail warehouses has had an effect on general sales of appliances and consumer electronics.

“Some of our traditional customers will wait until they travel to Invercargill and then shop for specials we refuse to match. However, our membership of the Appliance Connexion buying group counters this to a certain extent,” says Geoff Austin.

Today, the heart of Austin Bros remains pretty much as it was some 75 years ago. The core values which have seen the place thrive and survive through good times and bad are simple.

Geoff Austin again: “The landscape is ever-changing and we must support our current client base, as well as maximise the wider catchment with outstanding after sales service and expertise right across our business. Riversdale is a close knit village and the mutually supportive relationship between Austin Bros and the community, as well as the neighbouring environs should see the company around the traps for years to come.”

[Note:I would like toacknowledge the assistance of John Austin in researching this story. John is Geoff’s brother and works for the World Bank, based in Australia.]