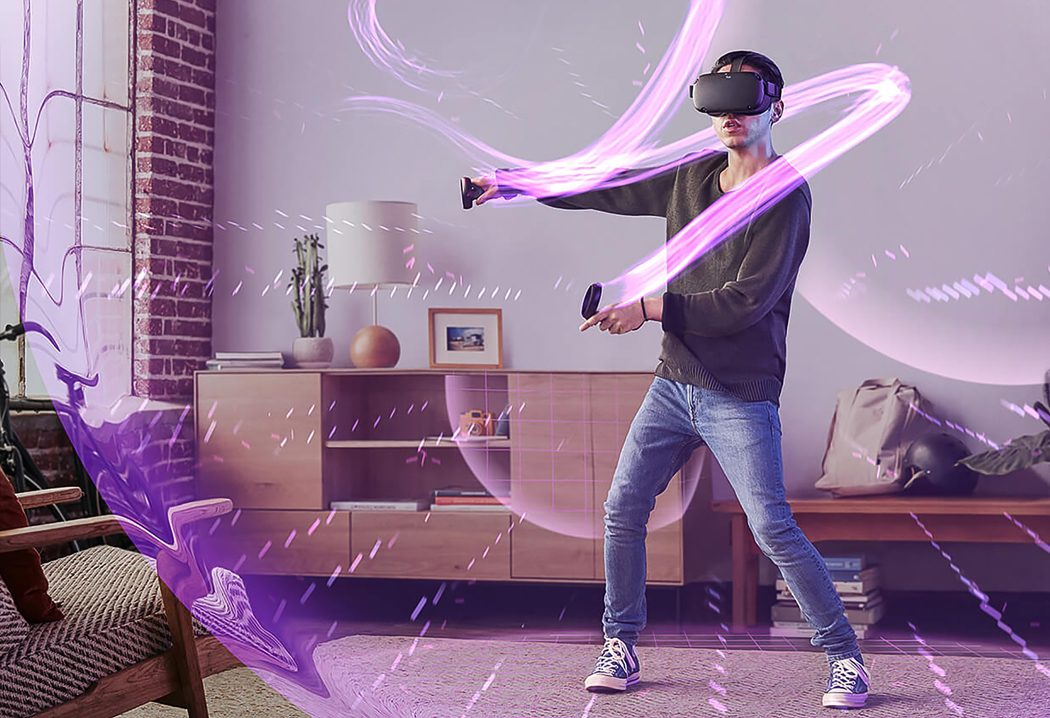 Referred to as “the all-in-one VR experience we’ve been waiting for” by none other than Mark Zuckerberg, the new Oculus Quest is a true standalone VR gaming headset, meaning that it doesn’t need either a tethered PC or inserted smartphone to power it.

And unlike its predecessor, the Oculus Go, the Quest adds position tracking, sensing when the users walks forward, backwards or sideways in a room and gives boundary and object tracking so they don’t bump into furniture.

It also has a pair of handheld controllers similar to the Oculus Rift’s which have triggers, thumb sticks and tracking sensor so you have interactive “hands” or guns in the virtual world.

Oculus Quest hasn’t been given a general release yet but the industry is excited about the potential for this untethered device in taking VR into the mainstream. 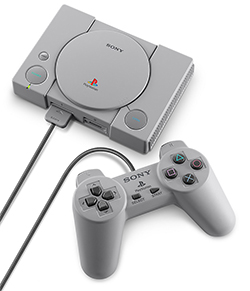 The nostalgia for classic consoles and games continues with PlayStation following on from Nintendo by releasing a new product that’s closely related to its original console.

PlayStation Classic mimics the original design but in a 40% smaller form factor and adds HDMI connection, a virtual memory card to save games, comes with 20 classic games built in and two classic controllers.

The next classic gaming brand to try this retro treatment is Sega, which is destined to release mini versions of the Genesis and Mega Drive in 2019.

Crucial has launched its new BX500 SSD, a next-generation drive designed to provide everyday computing users with a fast and reliable storage upgrade (above).

BX500 has no moving parts, making it a cooler, quieter, and more reliable alternative to a hard drive, says Crucial. Furthermore, because it uses less power than a hard drive, laptop battery life is extended. 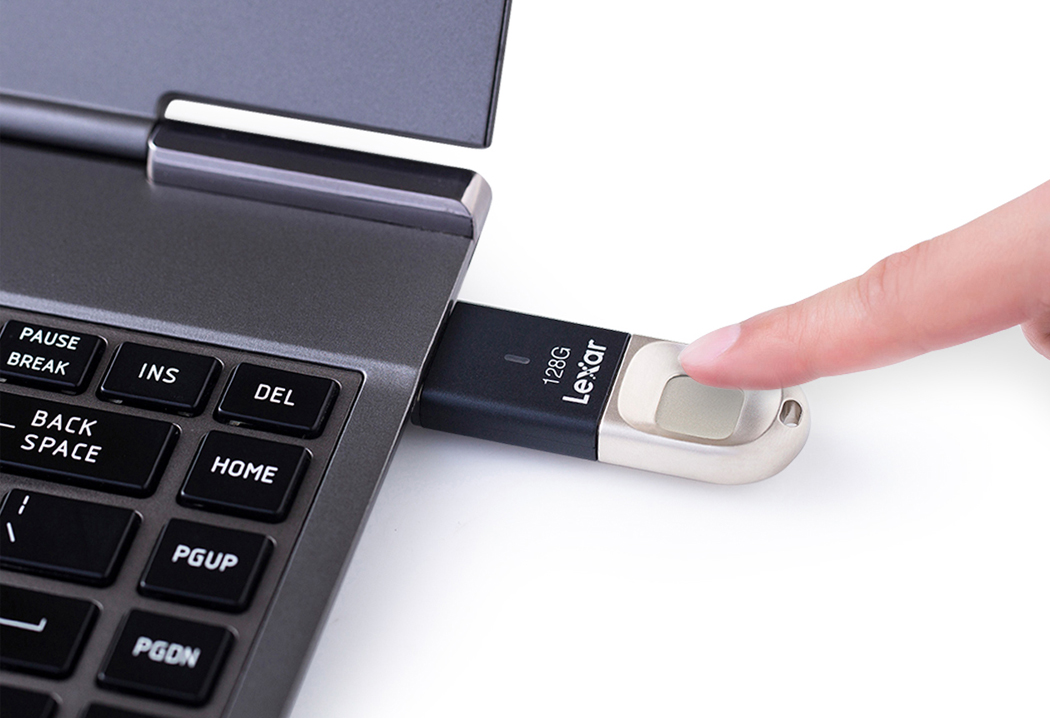 One of the most secure USB 3.0 flash drives available, the Lexar JumpDrive F35 uses an ultra-fast fingerprint authentication that protects against unauthorised use.

The F35 can save up to 10 fingerprint IDs, boasts an easy set-up with no software driver required and transfers files at speeds up to 150MB/s. Features an advanced 256-bit AES security solution to protect valuable files. 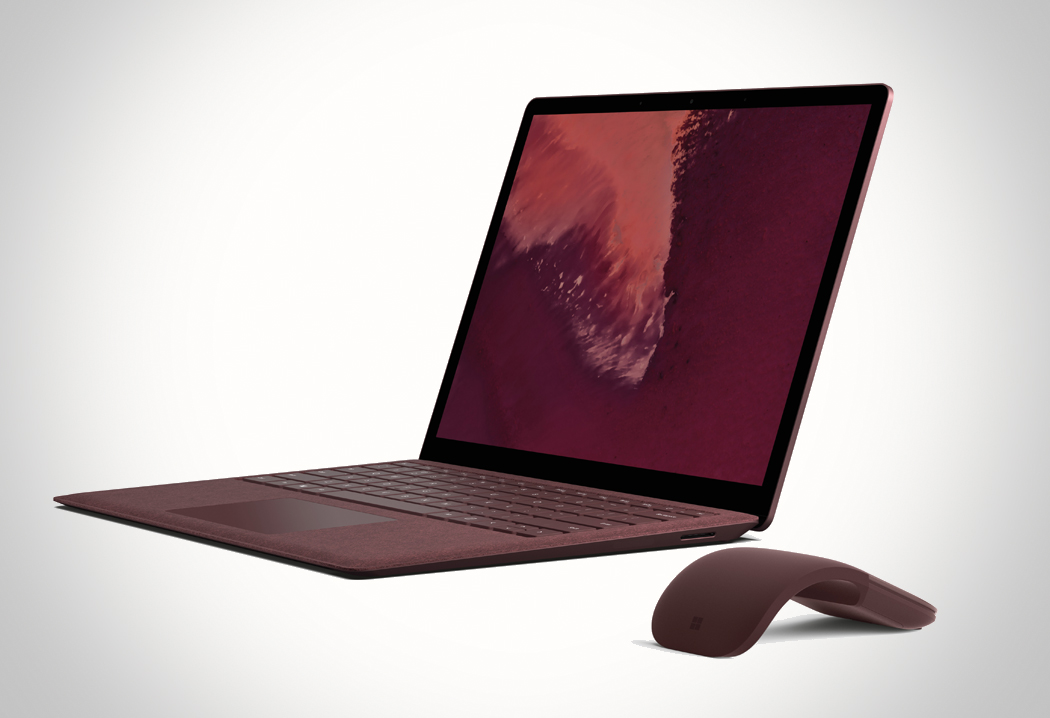 Microsoft’s new Surface Laptop 2 comes in four sleek colours in a stylish Alcantara fabric and boasts improved speed and performance while the Surface Pro 6 is a best-in-class laptop with the versatility of a tablet with 8th Gen Intel Core processors and all-day battery life.

For artists, designers and illustrators the Surface Studio 2 is billed as the ultimate creative studio with improved graphics, more power, and seamless Surface Pen and Surface Dial Integration with premium design.

Microsoft also recently unveiled its Windows 10 October 2018 Update which includes the Your Phone App to access Android’s SMS and photos on a computer and Timeline on Phone to access computer docs and searches on phones.

It supports Dolby Vision HDR, features a Garaged Pen that charges in its compartment, and has far-range mics that enable Cortana and Alexa on the Yoga C930 to recognize voice command from up to four meters away.

The Yoga C930 is also the world’s first dual display laptop with E Ink 2. This versatile E Ink screen turns into a dynamic, customizable keyboard with multi-language support, digital paper for notes or sketching, and an eReader at the touch of a button.

Lenovo has also released a range of other options in the new Yoga range, including the Yoga C630 WOS (combining the power and productivity of a Windows 10 laptop with the always-connected mobility of a smartphone), the ThinkPad X1 Extreme laptop and a range of Chromebooks and notepads.