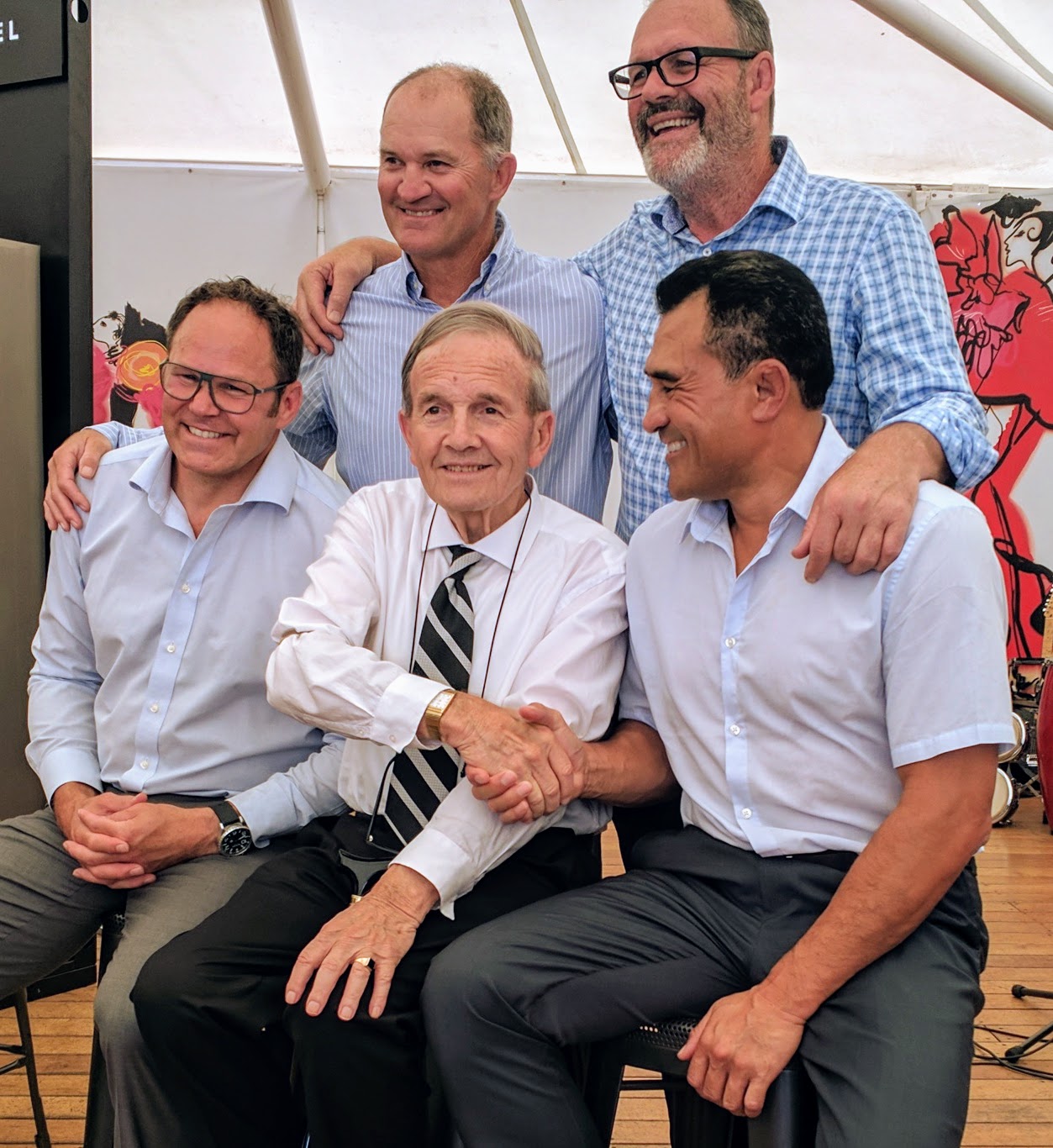 ABOVE:  Flanked by a few other high achievers, 2019's Hall of Fame inductee Ted Holland at yesterday's Wares Long Lunch.

The 2019 Inductee into the Hall Of Fame for the New Zealand Appliance & Electronic Industry (to give it its full title) is one of nature’s gentlemen - Ted Holland.

In 1960 Viscount Cobham was Governor General, Keith Holyoake succeeded Walter Nash as Prime Minister and Wilson Whineray was the All Blacks skipper.

In Wanganui, Edward Millward was Mayor.

For our industry however that year will be most remembered as the year Ted Holland got his first taste of appliances in Wanganui and in the rather modest role of storeman at the country’s biggest power board appliance retailer, the Wanganui Rangitikei Electric Power Board.

Ted progressed to the role of Stores Manager then Purchasing Officer, before eventually heading up the retail operation as Marketing Manager, a position he held through until 1989 until he and his wife Noeline headed north for a new start in Auckland.

The Fapay Buying Group had been formed in 1984 as a co-op of Fisher & Paykel franchise retailers, to assist them in amassing buying power so as to compete with "The Big Boys", especially in small appliances and Ted was a Foundation Director.

On the tragic death of Jim Powell, then Fapay Manager in 1989, Ted was seen as the logical replacement to steer the group which by now was flourishing, with a strong presence right across the product category spectrum of appliances and consumer electronics.

This growth continued under Ted’s stewardship until Fapay was in itself, probably the biggest group in the land, but without a unified marketing umbrella. 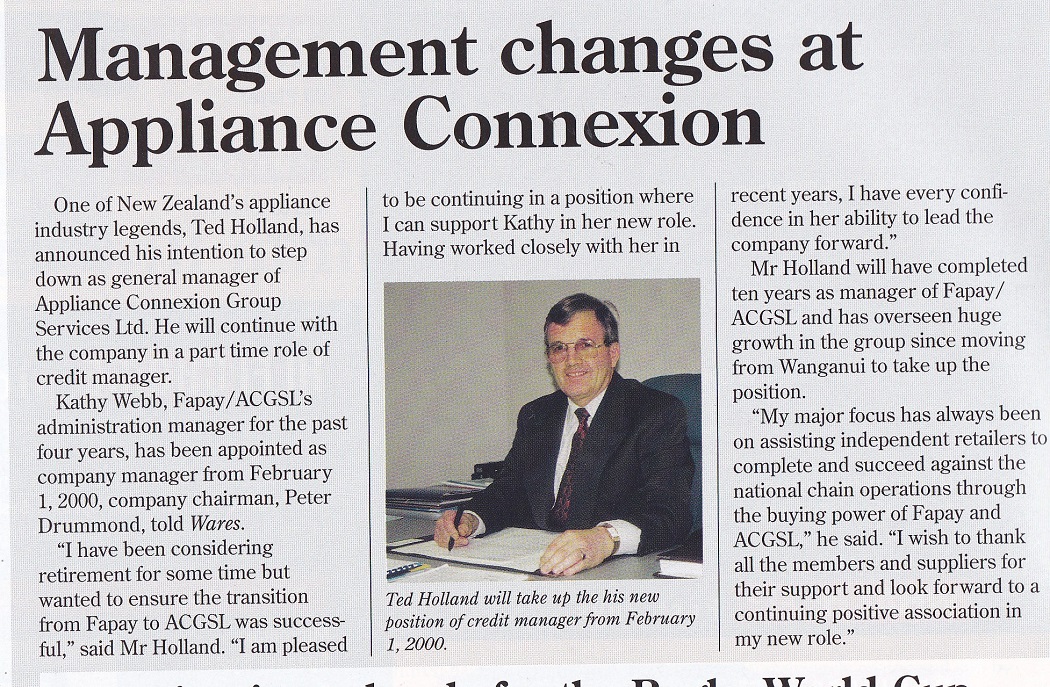 This all changed with the founding of the 100% Your Electric Store network on 12 September 1994 and then the inaugural 100% conference in Surfers Paradise, in October 1996 under the theme of "Taking on the Big Boys".

The late Wayne Burton was appointed General Manager at ACL and Ted Holland ran ACGSL until his retirement in 2000.

All up, Ted Holland gave 40 years of service to our industry, 40 years of achievement, including being a Foundation Director of the old Electronic Appliance Guild and later its President.

Ted and Noeline retired to Red Beach, with Ted part-timing at an Orewa hardware store for a few years and they now live in Whangarei.

Read Ted's instalment in our "Where are they now?" series from 2009 here.