ROLLING BACK THE YEARS TO FEBRUARY 1999 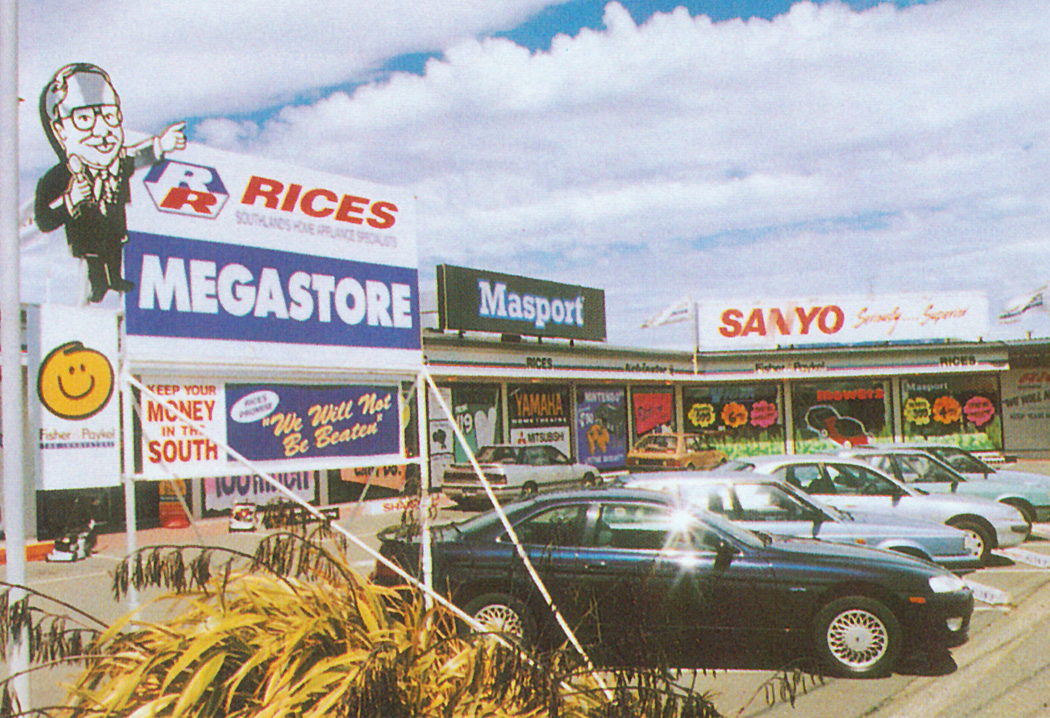 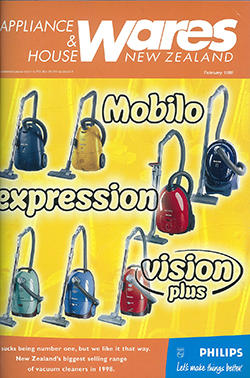 It’s been 20 years since US President Bill Clinton was acquitted by the Senate in his impeachment trial, in fact the same month that Mike Tyson copped a year in jail plus a $5,000 fine for assault.

Here at home the Black Caps survived to draw with South Africa at Eden Park after being forced to follow on. The second test was also drawn before South Africa cleaned us out by eight wickets in the third.

Peak season – 20 years ago, Philips had more or less taken over the vacuum cleaner market and celebrated by rubbing it in using the front cover of Wares. The editorial looked back on tax cuts and some of the lowest mortgage rates ever seen in New Zealand, both factors which had contributed to very strong retail sales over the Christmas period. [Some retailers will be wishing those drivers had applied this last peak season – Ed.]

Breville makes its bow – Breville had not long opened its standalone New Zealand operation and was absolutely going for it with pages chock full of product information as well as an introduction to the Kiwi team of Brett O’Neil in the GM’s chair, Erryn Donaldson as his Administration Manager, Mike Hodgson looking after the North Island as Regional Manager, Joanne Ludgate with the same responsibility in the South Island and Melissa Cameron as Receptionist.

After a long and highly successful career driving HWI/Breville, Brett is now Group Sales Director at Innova Products, global distributor of a wide range of quality kitchenware and beverageware across the Click Clack, Strahl and Prolon brands. A Kiwi company, Innova exports to over 30 countries with operations in New Zealand and the US.

Mike is Retail Account Manager at Peros, manufacturers and suppliers of a wide range of rain and market umbrellas for the retail and promotional industries, whilst Joanne is still on the road, as an Account Manager for Croxley in Christchurch.

Erryn was Financial Controller at Puma Dart Products but has moved on, possibly to Taupo, and I’m told that Melissa was working in an Auckland furniture shop for a time, but I couldn’t locate her.

PRG goes large with Noel Leeming – In the year before the New Millennium, Pacific Retail Group launched its new generation Noel Leeming stores with the opening of the Westgate store at the top of Auckland’s north western motorway, a large, purpose-built complex of 16,000ft2 (actually not that large to today’s eyes at under 1,500m2).

Peter Halkett was PRG’s General Manager at the time and he said: “This building has a softer, more welcoming feel and appeals to families. The logic behind having such a large store is that we really want to provide the widest range possible of the world’s leading appliance and computer brands, therefore meeting the needs of the individual customer.”

As well as the traditional categories, new products such as DVD players and an extensive range of computers and accessories were on offer with external branding combining Noel Leeming with Computer City.

Peter is now in Sydney, where he is Executive Chairman of APG & Co, a company presiding over “Australia’s assembly of iconic fashion brands” (Sportscraft, Saba and Jag) and he tells me the group is opening stores in New Zealand.

The “Silver Fox” – Dennis O’Brien (“Where are they now?” June 2017) was often in the news and for good reason and in the February issue 1999 his unique business, Rices of Invercargill was recognised with the Sunbeam Award for Excellence in Retailing.

The “Silver Fox” was pictured in the magazine with Pamela Hamilton, his talented and greatly experienced Small Appliance Manager, and Russell Cole, Group Buying Executive.

Dennis was clearly rapt with the award and, never one to sit on his heels, said of his team: “Our staff know what they are talking about! They have been in the game for many years and when a customer walks through the doors they know they’ll get the best advice for their needs.”

Dennis owned the business in conjunction with Alan Baxter and the store employed 70 staff, or as he put it: “We look after 70 Southland families.”

After 37 years, in 1999 it was time to call it a day and the highly successful O’Brien/Baxter business partnership came to an end when Rices was sold to Smiths City and rebranded as Rices Powerstore.

Pam and Russell prefer the term, “semi-retired” as they still get involved in part time projects, she in Invercargill and he in Nelson.

When Email meant appliances – In a modest, early-in-the-year movers & shakers department, we welcomed Ray Hughes who had been appointed General Manager at Email Appliances, having come from the role of National Sales Manager of Simpson and Kelvinator in Australia.

I’m told Ray eventually bought a business north of Sydney but the trail has gone cold. Any clues?