A “LOVE AFFAIR” WITH APPLIANCES

The latest in our “Where are they now” series is John Lamerton, whose “love affair” with appliances started some 44 years ago. 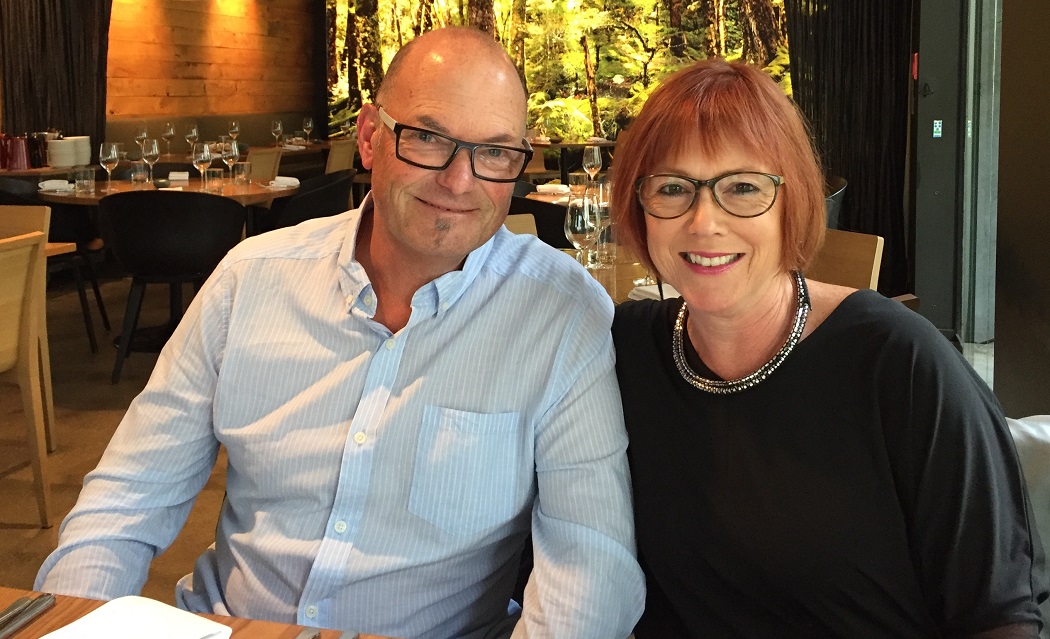 ABOVE: John Lamerton celebrates his 60th birthday with wife Prue in Queenstown, 2014.

In 1971, during his last year at Upper Hutt College, John Lamerton took a part time job in a fish & chip shop.

In modern times that could have been a pathway to being Prime Minister but, back then, it was just a taste of things to come for the man we affectionately know as “JL”.

He would go on to excel in retail, predominantly in our industry.

In 1972 John was at Victoria University starting his BCA studies and working term breaks at the now defunct DIC, firstly in apparel, then home furnishings and finally in 1974, in appliances. 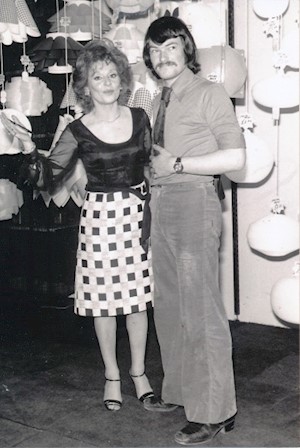 He saw the emergence of Fisher & Paykel’s Hoovermatic twin tub washing machine and was there for the early days of colour television.

By mid-1975, John had decided University was not for him and, with his Scottish girlfriend of the time, boarded the SS Australis ahead of what would be three years living in Edinburgh.

“I bummed around for the first six months,” he reminisces, “until I got chucked out of the girlfriend’s mother’s house and took a job as Assistant Manager in a small retail shop which sold all manner of lighting products, plus tobacco.

“After a year I became a rep for the parent company, BDS Lighting and we did shows in London, Manchester and Leeds.

“At one of the events I met Barbara Knox, the actress who played Rita Fairclough in Coronation Street and who’s still on the show today.” (See photo above right - nice shoes by the way...)

JL came home in 1978, returning to DIC’s appliance department, but he wasn’t happy.

On a whim he approached LV Martin & Son (April 2011’s “Retail Icon” – see a PDF here) and quickly found himself in front of the late great Alan Martin, who put him through the famous LVM Aptitude & Psych Tests.

As a result, he started in the Lambton Quay shop and a 28-year career was underway.

The first five years were in general sales around various branches and John well remembers the keen rivalry which helped drive the sales staff.

“Pat Cortese was the ‘big gun’ and I always had the goal of beating Pat in the ongoing sales incentive programme Alan had in place.

“Although I was occasionally Number 1, more often than not I was Number 2 with Pat in the top spot. He was phenomenal!”

All this may have been “a lot of fun” but JL “got itchy feet” and had a discussion with General Manager Alvin Relph, who moved John into the role of Manager at the flagship Ngauranga Gorge branch. 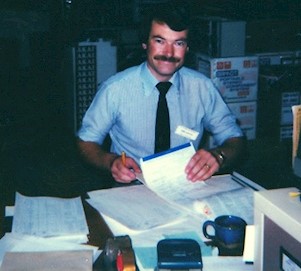 About that five-year itch…

Five successful years passed and then the itch returned, followed by another chat with Alvin.

This time, the suggestion was to take a buying role, so in 1989 JL became Small Appliances Buyer and his love for our game went up a notch.

“The wheeling and dealing of buying, plus the numbers game of stock control, really appealed to me,” he says.

“It was still working with people, which was important, and I fell in love with it.”

So JL took over Alvin’s role buying whiteware and brown goods and on his departure was charged with buying everything, companywide.

He recalls: “Those were a hectic few years, eventually getting to the point where it was just too much and Noel Stempa [“Where are they now?” April 2018] was hired as Small Appliances Manager, responsible for the complete smalls operation, including both buying and sales.”

John continued with the whiteware and AV buying, as well as working extensively on the production of the renowned LV Martin catalogues until he left in 2006 following the Smiths City takeover.

BELOW (L-R): Trevor Douthett, JL and Neil Martin in 2003 with the Tri Nations Rugby Trophies. 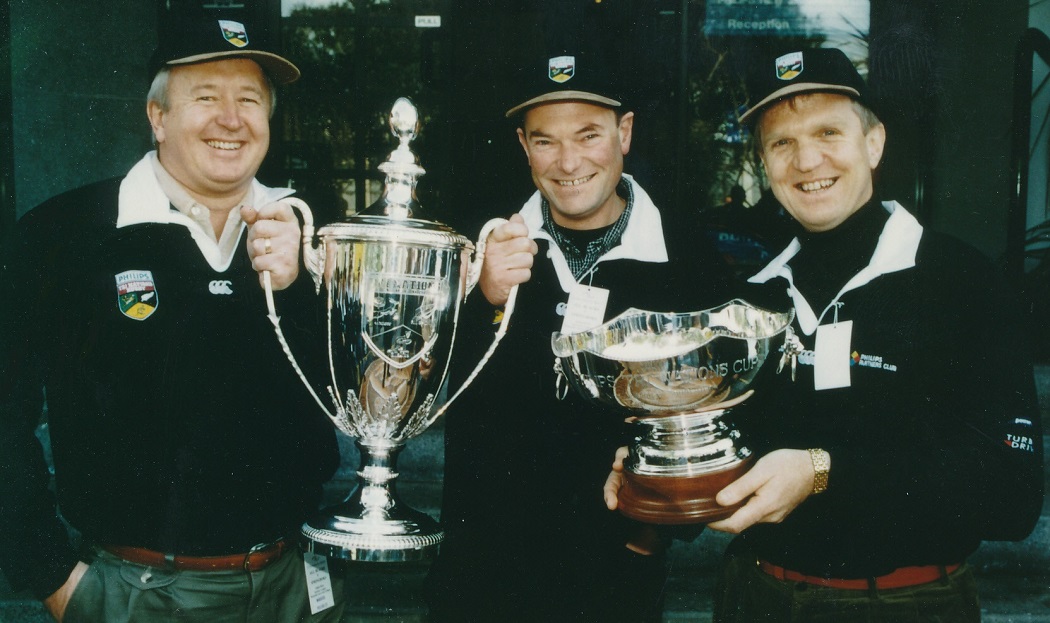 Being part of the LV Martin family

Workmates, suppliers, opposition retailers, the names flowed, almost too many to mention here.

One colleague however stood out – Trevor Douthett (“Where are they now?” June 2013).

“Trevor was my mentor, my mate,” says JL.

“It was his integrity, passion, honesty and his willingness to share that encouraged me to work hard.

“‘It’s the putting right that counts’ was more than a statement, it was a mantra. It reflected the reality that things go wrong and when they did, putting them right was the way to build even greater loyalty and trust.

“All staff lived every day indoctrinated in that thought. Alan drove it hard and it was integral to being part of the LV Martin family.”

BELOW: 1996, with Wilf Robinson at Raffles, Singapore. 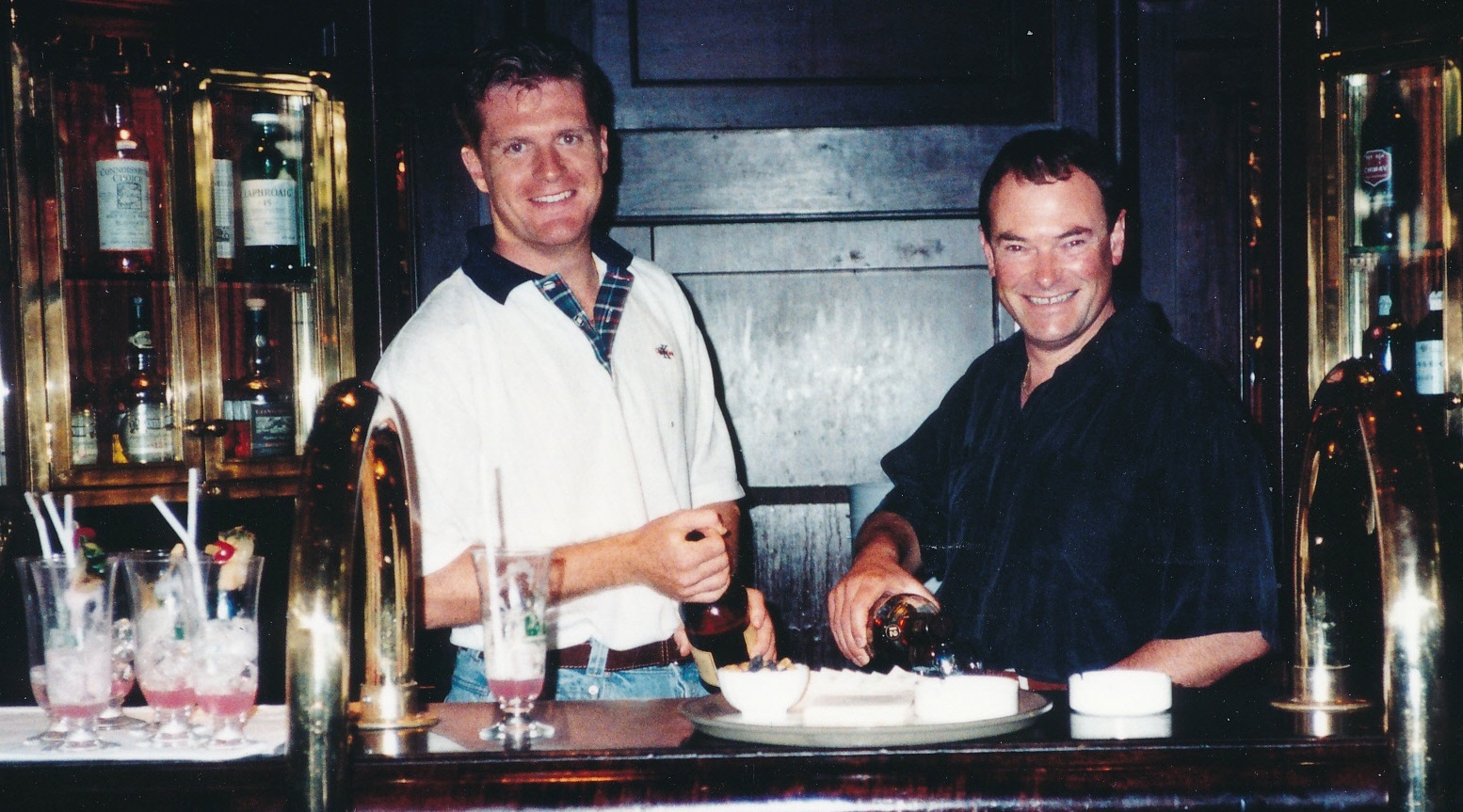 BELOW: Athletic Park in 1998 with Prue, Barry Daley and Brian Mason. 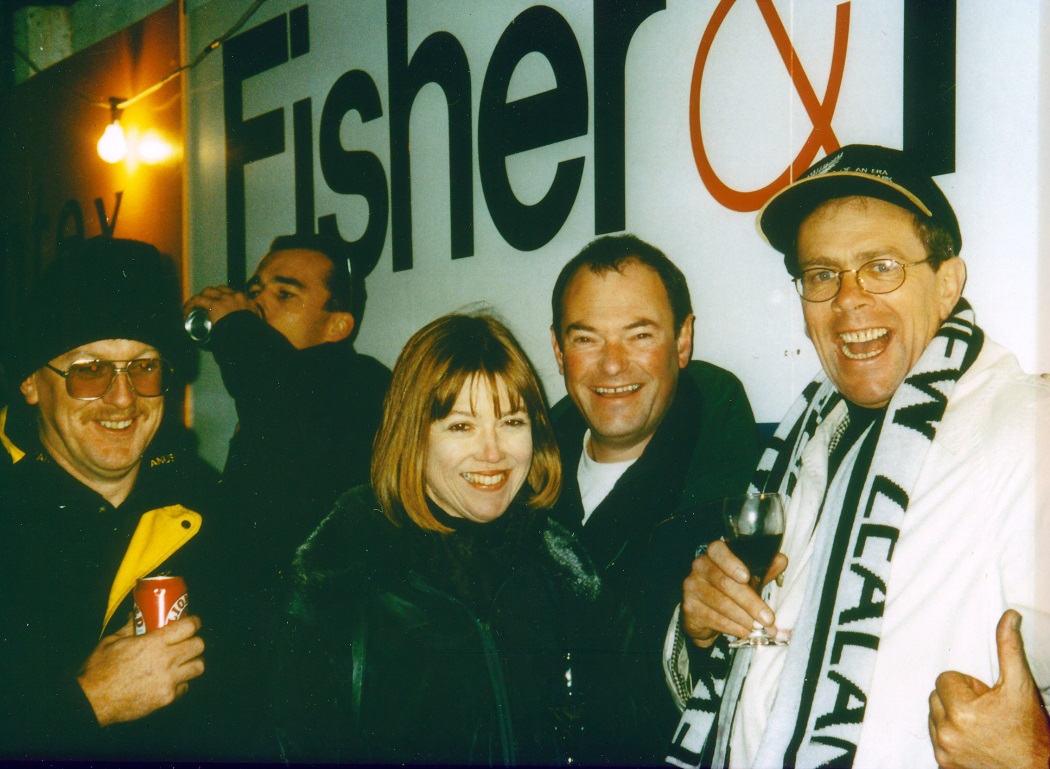 Off to Hastings and Hawke’s Bay

In December 2007 he moved across to the fledgling Norman Ross side of the group as Lower Hutt Proprietor where he enjoyed two good years.

Then his wife, Prue, an accomplished Nuclear Medicine Technologist, received a job offer in Hastings and this gave the pair an opportunity for a lifestyle change in Hawke’s Bay. 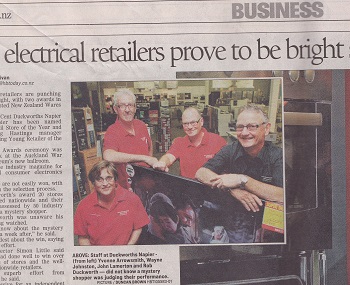 Prue was offered the position of Charge Nuclear Medicine at Hastings Hospital and, after talking things over, the pair moved.

John initially had no job to go to but soon received a phone call from Rob Duckworth.

JL would work with Rob for some years, firstly under the 100% banner and then as an independent Kitchen Things franchisee until Rob sold the business to Mark Jones’ organisation, at which time John effectively retired.

John used the unusual (for him) phenomenon of  free time to produce the memoirs of Prue’s late father, he learned to cook and clean and – of course – worked diligently on his golf handicap, which begs the question of what he’s up to today. 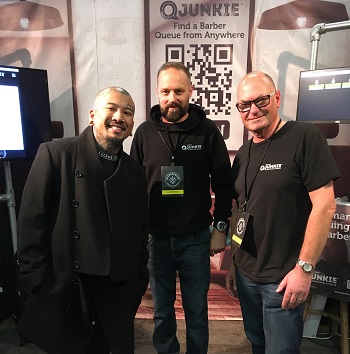 John Lamerton is still cook and cleaner and he’s still playing as much golf as he can but he’s also deeply immersed in a project, along with a mate in the UK, rolling out a new app called QJunkie.

The app is targeted at barber shops and was launched at the Barber Craft Expo in Auckland a few months ago (see photo right).

I reckon it’s a neat way to avoid waiting in line but the flash description is a “real time virtual queuing app”.

Best you check it all out at www.qjunkie.co.nz or email John directly about the app at jl@qjunkie.co.nz

Prue is also still very busy, as Chair of a Government regulatory authority which reports to the Minister of Health, as well as remaining part of the Nuclear Medicine fraternity.

John Lamerton has the last word, but first, two quips Alan Martin landed on him at the outset all that time ago still ring true today.

Firstly he said: “If you are considering offering a customer credit and you wouldn’t lend them your money, don’t lend them mine.”

He followed up with “The customers will remember how you made them feel, long after they have forgotten how much they paid.”

JL signs off thus: “I loved the industry for what it gave me in terms of opportunity and I loved doing what I did, the interaction with suppliers and before that the customers.

“I loved the technology, the changes that technology created and the challenges presented.

“My time in the appliance industry was a love affair.”