A few thoughts on living with Amazon's Echo smart speaker - and Alexa - four months on. 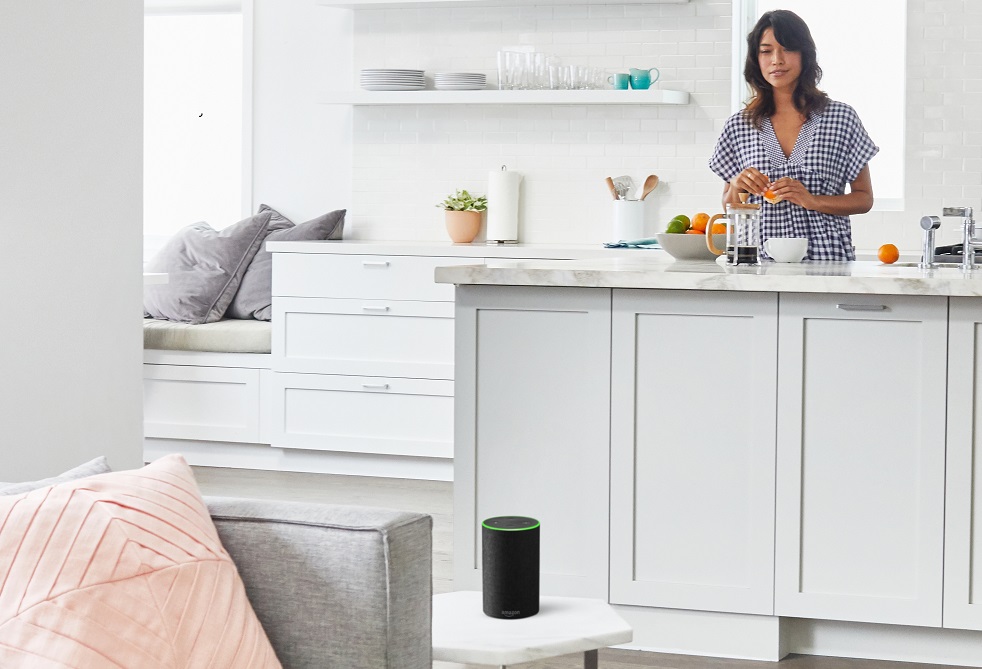 Back in February I was lucky enough to be loaned a model of the Amazon Echo.

Since then it has been a permanent fixture in my home kitchen. Here are my main takeaways from living with Amazon's core smart speaker.

Setting up - Setting up the Echo unit back in February was pretty straightforward.

The Alexa App walks you through the setup in easy steps and, as I already had an Amazon account I was up and running in under 10 minutes.

As I have small children I set up the Echo on top of the fridge, both to keep grubby little hands away and because the kitchen is a central area of my home and has decent Wi-Fi coverage to boot.

First impressions - The first thing I noticed was the sensitivity of the built-in microphones.

Even a muttered “Alexa” in the same room immediately woke up the Echo and it worked from other rooms too if you raised your voice just a little.

The speaker unit has fairly punchy sound that carries well throughout the adjoining rooms of my small home and has plenty of bass.

As for the brains behind Echo, Alexa herself appears to cope well with New Zealand accents thanks no doubt to her recent Australia/NZ update. 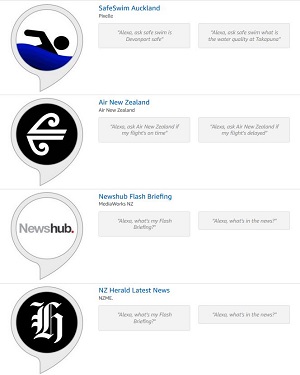 Even my five-year-old can talk to her and be understood.

That update has also brought with it some New Zealand skills.

The recently added Safe Swim skill that updates you on which Auckland beaches are safe to swim has real potential once summer comes round again.

What we really use Echo for - Far and away the biggest use my family has for our Echo is as a music player and radio.

I initially signed up for a free trial of Amazon Music Unlimited, which the Echo has as its default player, but Spotify does seem to have a greater range of artists.

I got a little frustrated asking for artists “on Spotify” each time and have since changed it to the default player.

The Echo doesn’t have a built in tuner but I have been able to listen my favourite local stations through the Tune In app.

Alexa can also play audiobooks if you have any on your Audible account.

I also ask Alexa for the occasional weather report which is very accurate as long as you have setup your location correctly in the App. 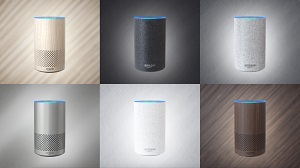 Benefits - Before Alexa I used a Bluetooth speaker with my phone in the kitchen but the Wi-Fi connection is far better and having your hands free to choose music, control volume, pause and change tracks in a busy family home has been great.

Being able to set timers and reminders has also come in handy when getting dinner ready.

The potential - One of the big pushes for Alexa is to use it as a hub for your smart home.

Unfortunately I don’t have  a single device (other than my phone) that works with Alexa so I’ve been unable to take control of my security, heating, vacuuming, TV, or coffee with my voice as yet. 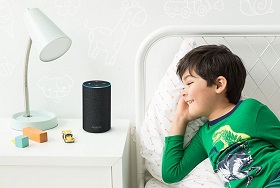 To be completely honest, the prospect of my 5 year-old being able to control my house or access my amazon account with his voice terrifies me so maybe that’s for the best or now.

You can of course train Alexa to only respond to your voice but listening to my son ask Alexa for jokes and facts about superheroes has actually been pretty funny and I’m not ready to give that up yet.

I also have the option to connect my phone, contacts and calendar to Alexa and really take advantage of her abilities as a personal assistant.

I can see how this would actually be really useful but I’m not ready to take the plunge just yet.

Takeaways - I may not be a heavy user of the Echo but its responsiveness and ease of use has been a welcome addition to our home.

As some of the services and devices available in the US become more readily available in New Zealand I can easily imagine the Echo becoming a bigger presence in my everyday life.