THE BATTLE FOR CONTROL – OF VOICE CONTROL

The fight is on for a share of voice. Who’s allied to whom and who’s playing both sides in this consumer electronics Game of Thrones?

To view a PDF of the complete profile as it appeared in Wares magazine, click the
download button at the bottom of this page.

Give a shout out to CES which celebrated its 50th anniversary this year.

Based in New York City, the very first CES attracted some 17,500 visitors to 250 exhibitors’ stands.

The key product launch was a concept called the computer mouse, which would eventually be commercialised (16 years on) by Apple.

While both of these numbers are down on 2017, visitor numbers in particular, the show still managed to attract a deal more buzz than in recent years.

Why? Fittingly for Las Vegas, there was a fight on – a fight about share of voice.

In recent years, CES has been poorer for the absence of some of the global “heavy hitters”.

Typically Apple declines to show up for CES, while Microsoft too has been adopting a far lower profile in Vegas recently.

And, in terms of star launches, several other big brands typically these days save their highest profile product reveals (e.g. new mobile devices) for other events later in the calendar year.

But this year in Las Vegas we had a classic prize fight on our hands – actually a battle of minds – in the form of two of the modern consumer electronics industry’s true heavyweights, Google and Amazon.

The latter certainly made a splash last year, thanks to a range of third party hardware makers including Amazon’s Alexa voice platform in prototypes and concepts.

This year we saw more of the same, the big difference being the presence of Amazon’s arch rival Google – along with its Alexa-rivalling Google Assistant.

Google assumed a high profile at the show, was very vocal, voluble and itching for a scrap.

The two protagonists weren’t alone, with a supporting cast of top brands revealing voice assisted TVs, whiteware and smart speakers adhering to one or other of the two voice control platforms.

On top of all this, some of these third party brands had interests in both camps, as well as their own AI ambitions and plans.

So, on to the main bout of the evening – Amazon versus Google.

Was it an Ali-Frazier “Rumble in the Jungle” or a more complex, choreographed scenario à la the Lannisters versus the Starks in Game of Thrones or the Sharks versus the Jets in West Side Story?

Seconds away, round one…

In the red corner: Amazon

The Amazon-Alexa tag team is the current title holder, with Echo products having been in the market almost two years already and amounting to more than 80% of smart speaker shipments.

Also in Amazon’s corner, CES had a range of interesting brands and products toting the Alexa voice assistant – products you can talk to.

Staying in the car, Garmin announced its Speak Plus product at CES, which is both a fully-functional dashboard camera and has all the voiced-controlled perks that come with Alexa being built-in.

Panasonic too announced that it has been working with Amazon on new in-car head units that will have Alexa.

Back in the home, Samsung subsidiary Harman Kardon showed off its previously announced Allure smart speaker, while Polk Audio had a new sound bar, both Alexa-enabled.

Key to the wider proliferation of voice assistance is that this year we’re seeing not just CE products adopting Alexa but also now computers and related peripherals thanks in part to Intel’s support for hands-free control.

As well as an Alexa-enabled projector, Acer for example revealed that some Aspire, Spin, Switch, and Swift PCs are to receive Alexa.

Later this year we’ll also be seeing Alexa on Windows 10 PCs from HP and ASUS, also Lenovo, with Amazon set to release a special Alexa app in the spring.

Back at CES, ASUS announced Lyria Voice, an Alexa-enabled smart speaker that also functions as a station for the company’s Lyria mesh networking system.

Also going beyond the pure smart speaker, around the time of CES, Toshiba Visual Solutions Corporation announced the US release of its new Symbio multi-function “smart home solution”.

The scorecard for Amazon at CES?

Thanks to the volume of new products rocking Alexa, 8/10.

In the blue corner: Google

Odd to think of Google as an underdog but, in this battle, Echo (and therefore Alexa) have a massive head start.

Having said this, Google Assistant appears to be making up for lost time in terms of allegiances with third party brands.

Pertinent to this is the fact that neither Google (nor Amazon) brought their own products to the show, even though Google had a substantial pavilion located outside the main venue to showcase its partners’ wares.

JBL LINK View incorporates an 8-inch HD display with a touch screen and a 5MP front-facing camera so users can view pictures, stream audio and video, ask questions, scan recipes, and video call with family and friends, all using voice.

Another Google-affiliated smart display speaker, for want of another term, came from Lenovo in the form of its Smart Display.

Philips too had a like device at CES this year, combining a 24-inch Android TV panel with a Bluetooth speaker with an integrated microphone.

Sony also said it would be upgrading some of its existing headphones to work with Google Assistant via a firmware update.

The scorecard for Google at CES?

I’d give Google Assistant 6.5/10 and the gap to Alexa is closing.

A foot in both camps

In terms of who’s placing a bet either way, at CES Hisense announced TVs compatible with both Google Assistant and Amazon Alexa.

As you will have discerned already, Samsung has also pledged allegiance to both Alexa and Google Assistant, both in its own right and through various subsidiary brands.

Sony is also backing both horses with a pair of 4K HDR TV ranges, the A8F OLED and X900F LCD series, both of which can be controlled with both Google Assistant and Alexa.

Meanwhile, without being very specific, Bang & Olufsen confirmed that it has been working on “updates in selected product lines” which will allow “Google assistance”, i.e. being able to talk directly to B&O products.

For its multi-room offerings however the Danish brand is sticking to Apple AirPlay 2, at the same time making for Apple-only voice operation via Siri on iPhone, Apple TV and HomePod. 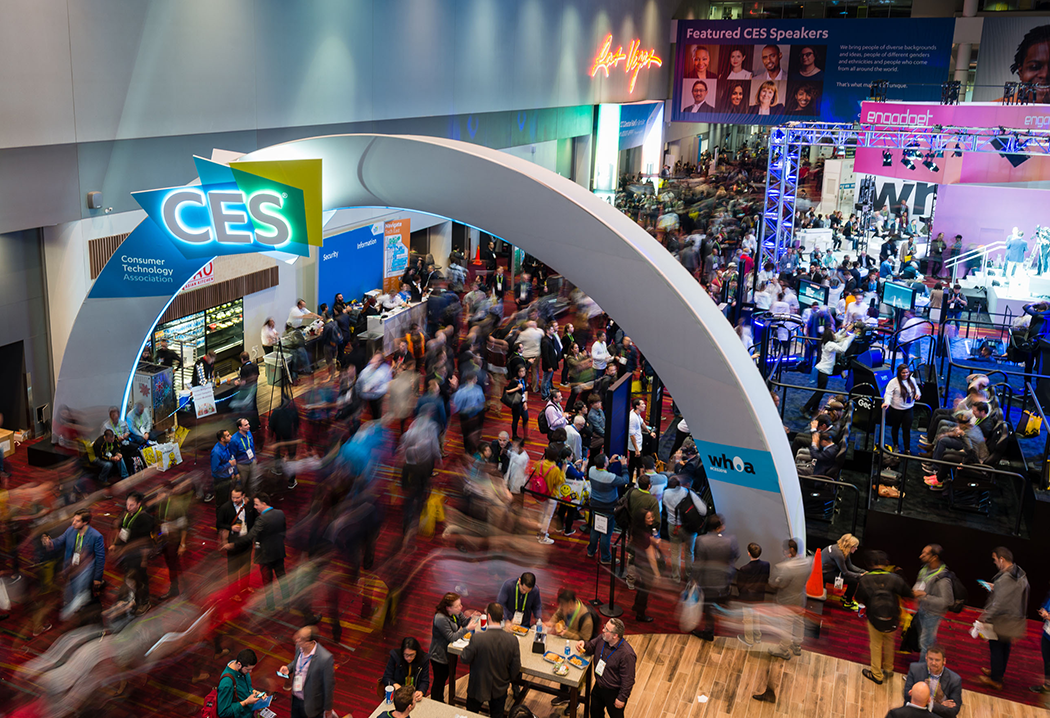 Is it that some brands can’t make up their minds or that they’re hedging their bets?

Both, possibly, and with good reason...

More than one technology pundit has it that Alexa-versus-Google-Assistant won’t turn out to be another VHS-versus-Betamax scenario, where just one format is eventually left standing.

In terms of smart speakers at least, Simon Bryant at market research firm Futuresource says: “Watch this space for speakers that support multiple voice platforms, allowing consumers to choose their smart speaker based on the feature set rather than the voice platform it supports.”

He picks as one winner in this respect the soon to arrive Sonos One speaker, which will support Amazon and Google’s voice platforms.

Bryant also picks smart speakers with screens to gain traction, saying “voice interaction alone can have its limitations for content discovery”, and implying that this new genre of product may also hasten the demise of tablets.

Interesting too that, in his view, smart speakers may peak quite rapidly…

In which respect the Futuresource guru expects developed markets to reach saturation point by 2020, while emerging markets will “continue to witness robust growth” beyond 2021.

In terms of competitors to Alexa and Google Assistant, LG for one has its own AI interface (ThinQ) and Samsung also has its own voice-activated AI called Bixby, both of whom had a presence at CES.

What’s more, “China’s Google” in the form of the massive enterprise that is Baidu, unveiled its own voice platform to developers, along with smart speakers, a voice-enabled lamp and a ceiling-mounted projector and screen, none of which need Alexa or Google Assistant.

Then again there’s Apple’s Siri, which is already second nature to many hundreds of thousands of iPhone users.

On the other hand, in terms of a home-based smart speaker mechanism, the impact of the Apple’s Johnny-come-lately HomePod smart speaker is yet to be widely felt.

But back to the original question: between Amazon and Google, who emerged victorious from the big ring that was CES this year?

Amazon must come out ahead on points, for now at least.

And, while most pundits would agree that Google Assistant has made something of a dent in Alexa’s current dominance in the battle for control … of voice control … Alexa still reigns.

Look out for a rematch this time next year!

Oh to be in Vegas in January...

CES this January clearly had far more to offer than just Alexa and Google Assistant.

There were robots of varying scales and abilities (even Sony’s Aibo reinvented).

There was real hi-fi, some of which is reimagining itself for the streaming age (and some of which carries original “survivor” brands), even a Hi-Res Audio pavilion!

There was also novelty in VR, with new, more affordable headsets and developer aids.

But the real story of CES 2018 for me remains how an online retailer and a search engine managed to grab media headlines while traditional consumer electronics and appliance brands received a much smaller share of “voice”.

If you’re intrigued enough by what happened in Las Vegas this year to attend CES next year, the dates are 8-11 January 2019 and a raft of information is available at www.ces.tech 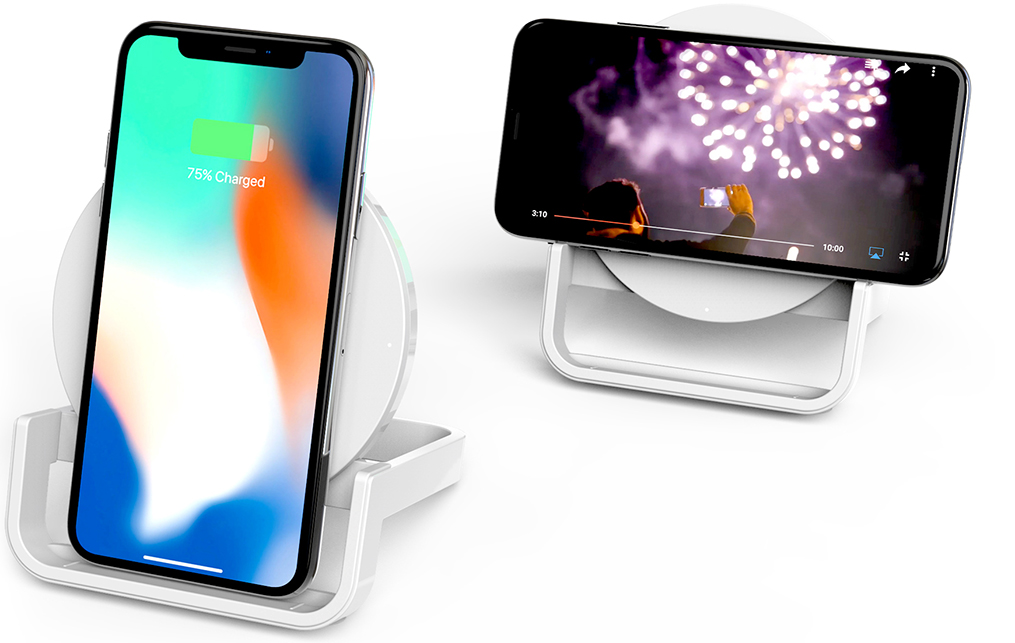 At the same time as Amazon and Google were duking it out at CES 2018 in their ongoing war of standards, another consumer electronics sector was just settling its own Game of Thrones.

Although not strictly a CES happening, events at the show appear to confirm that we can now have a single standard when it comes to the wireless charging of portable devices.

That standard is Qi and, from a retail perspective, this new found universality is very welcome.

With Qi already occupying as much as half the market, it is the de facto wireless charging standard among Android devices.

To add credence to this leadership, last year Apple dropped its support for the other main wireless standard (PMA), in favour of Qi for the iPhone 8 and taste leading iPhone X.

Then, to put a cap on it, around the time of CES, PowerMat, main driver of the PMA standard, announced that it too was embracing Qi.

On show from the Los Angeles company was its new BOOST-UP range, comprising wireless charging stands (above), single and double charging pads, car mounts and even a commercial-grade wireless charging system designed to be integrated into furniture etc.

We have no news of the New Zealand pricing or availability of these products as yet.