FROM SHOES TO STOVES, VIA SHACKLOCK

From Hannahs to Fisher & Paykel, via Shacklock, Vaughan Simon is the subject of our latest “Where are they now?”. 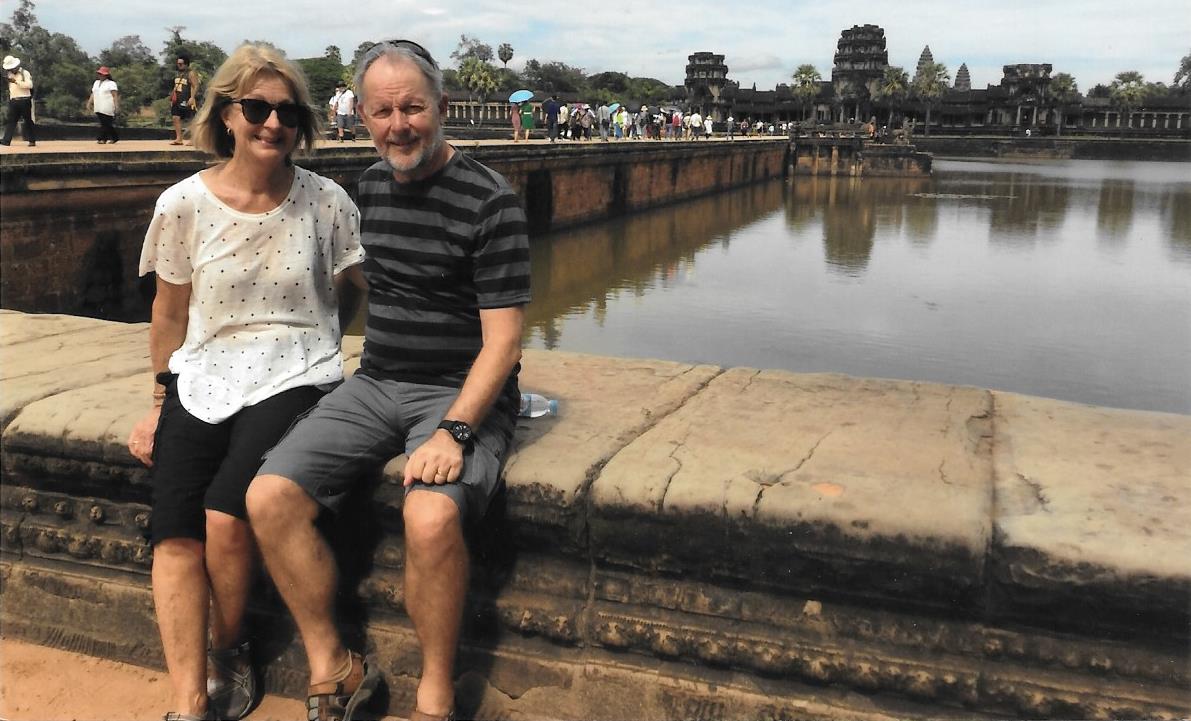 Vaughan Simon (seen above in Cambodia last year with wife Robyn) was born and bred in Hawkes Bay and was in sales all his working life.

He left Karamu High School in 1966 to work at Hannahs footwear store in Hastings where he had previously worked after school.

The company was in expansion mode and, with most of its managers in the older age bracket, new, young trainees were being recruited.

After a year and a half, aged 18, he was transferred to Wellington, into the flagship Willis Street store where he undertook management training.

It wasn’t long before Vaughan was sent out on the road as a relieving manager, working the “heady” towns such as Dannevirke, Taihape, Masterton and the like, filling in for the locals to cover sickness and holidays.

“Taihape was an interesting experience,” he tells me today.

“They had two pubs and when the shearers came to town they would start drinking in one pub in the morning, then move to the other in the afternoon so they shared the business around. They said, ‘follow us son’, so I did.

“Next stop was New Plymouth in 1970 and I loved my time there but, at 21 years of age, I’d gone about as far as I could go in retail so headed back to Wellington and went flatting with some mates, taking a job in the rag trade with Read & Gibson who imported textiles as manufacture’s agents.

“Then after two years, one of our major clients, Peter King, tapped me on the shoulder so I went repping for him, travelling all over the country selling into retail. That was when polyester first hit New Zealand and we had the sole agency. So, like F&P in whiteware, we ran an exclusive distribution arrangement.”

Vaughan worked in that business for three years but left in 1977, having made the best “sale” of his life – Robyn said “yes” and the newlyweds headed off on a two year OE honeymoon, basing themselves in London and visiting around 30 countries during their adventure. 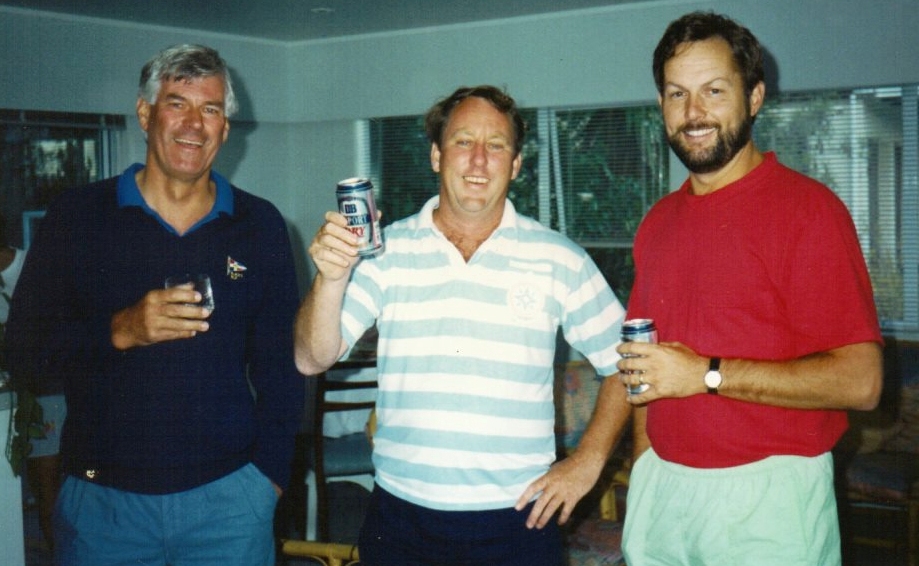 In those days Dave McEwen was running the Wellington branch of HE Shacklock (which was owned by Fisher & Paykel but operating as a division of) and at the beginning of 1979 he was looking for a rep.

A mutual friend made the introductions and in February that year, Vaughan joined F&P as a Shacklock rep, embarking on a career which would span 30 years. He picks up the story.

“I spent 15 months on the road before Dave was transferred to head office, taking over the Shacklock Division from Bill Chopping, and I became Wellington Branch Manager.

“Dave eventually left to take over Champion in opposition to us, with John Creavey replacing him. Then when John retired in 1984, I was appointed to the role of Shacklock’s New Zealand Sales Manager and we moved to Auckland.”

Vaughan assumed the position of Range & Dishwasher Sales Manager with Bill Pellett taking on Refrigeration & Laundry, both reporting to Pappy.

Come 1994, the group decided that regionalisation was the way to go, so regional offices were established, along with warehouses in Auckland, Wellington and Christchurch.

Vaughan was sent to Christchurch as Southern Region Manager, Tim Kirkup came back from Australia to Wellington to take care of Central and Eamon Kenny ("Where are they now?" April 2017) stayed in Auckland to head up the Northern Region.

Pappy was still in charge and Bill moved to run Zanussi. The three regions were now responsible for all F&P whiteware.

Vaughan has fond memories of his time in the south. “Yeah, we had a great time in Christchurch, a love affair with the South Island.

“We all learned how to snow ski and the kids did the bulk of their schooling down there, making great friends along the way.”

Then at the end of 2001 Pappy retired, the Simons moved back to Auckland and Vaughan took over as New Zealand Sales Manager.

At the same time, Craig Douglas took on a new role as General Manager Sales & Marketing with the company putting additional emphasis on marketing the Fisher & Paykel brand.

“I enjoyed five great years in that job until the beginning of 2007 when Craig moved into Corporate, heading up the marketing activity internationally and I moved into his chair as GM Sales & Marketing.”

BELOW: It’s the early 1990s, and another party at Pappy's (L-R): Vaughan; Eamon Kenny; and Craig Douglas.

In mid-2009, Vaughan Simon decided to call time on his outstanding career with F&P.

“Well, we had gone through the 2008 Global Financial Crisis and come out the other side,” he reflects, “and I had just completed 30 fantastic years.

“I reckoned it had become a young man’s game so I took the opportunity of taking early retirement and getting out while the company was undergoing major changes, including the Haier relationship. Game over.”

The second half of 2009 saw Vaughan and Robyn head back to Europe for nearly three months, homing in on places they had missed the first time, particularly the Baltic countries and Russia and on arriving home, there was the daughter’s house to paint.

Suddenly, it’s 2010 and for the next two years, Vaughan took a part-time job with a mate, working as a medical courier before fully retiring.

He and Robyn make a point of travelling overseas at least once each year and they spend a great deal of their time at the beach house in Whangamata where David King (“Where are they now?” February 2015) is a near neighbour.

But the main gain from retirement seems to fit a familiar pattern in these yarns – Vaughan’s golf handicap has come down. 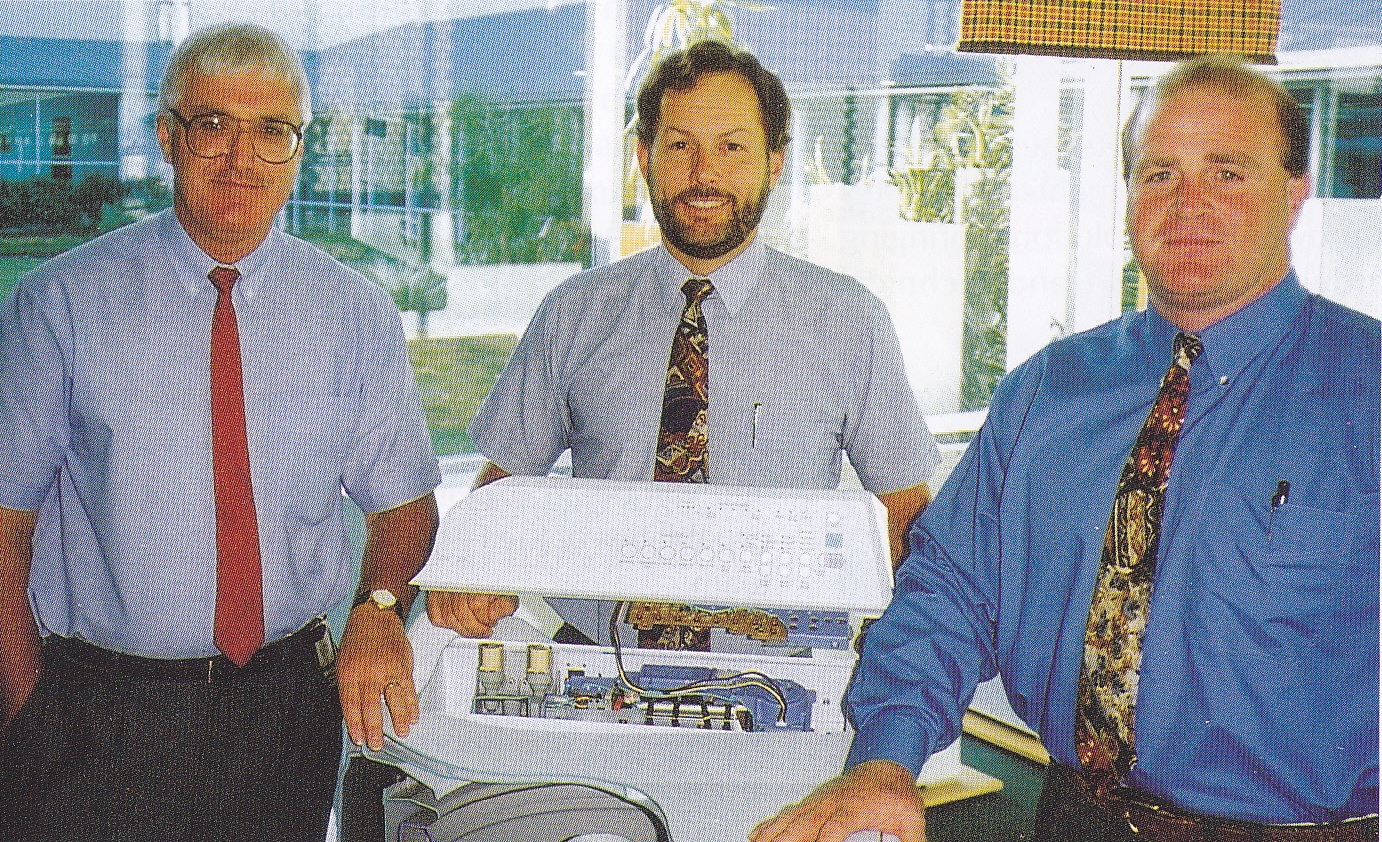 Reflecting on the F&P "family"

Vaughan now looks back with the last words.

“I was lucky. The bulk of the years I worked at Fisher & Paykel were probably the best years the industry ever had.

“Everyone was making money with decent margins and the friendships which were developed right across the country, I don’t think would happen today.

“And I’d have to say in closing, about F&P – they were such an inclusive company. They were amazing and everybody was treated like family.

“That attitude worked from the top down.

“Regardless of whether you were an employee at any level, or a franchised dealer, you were one of the family.

“I made many lifelong friends, dealers and staff alike. It was a great time to be in the industry and a great company to be working for.”

Check out all of the instalments in our “Where are they now?” series here.