In the latest of our “Where are they now” series, we find out more about Noel Stempa. 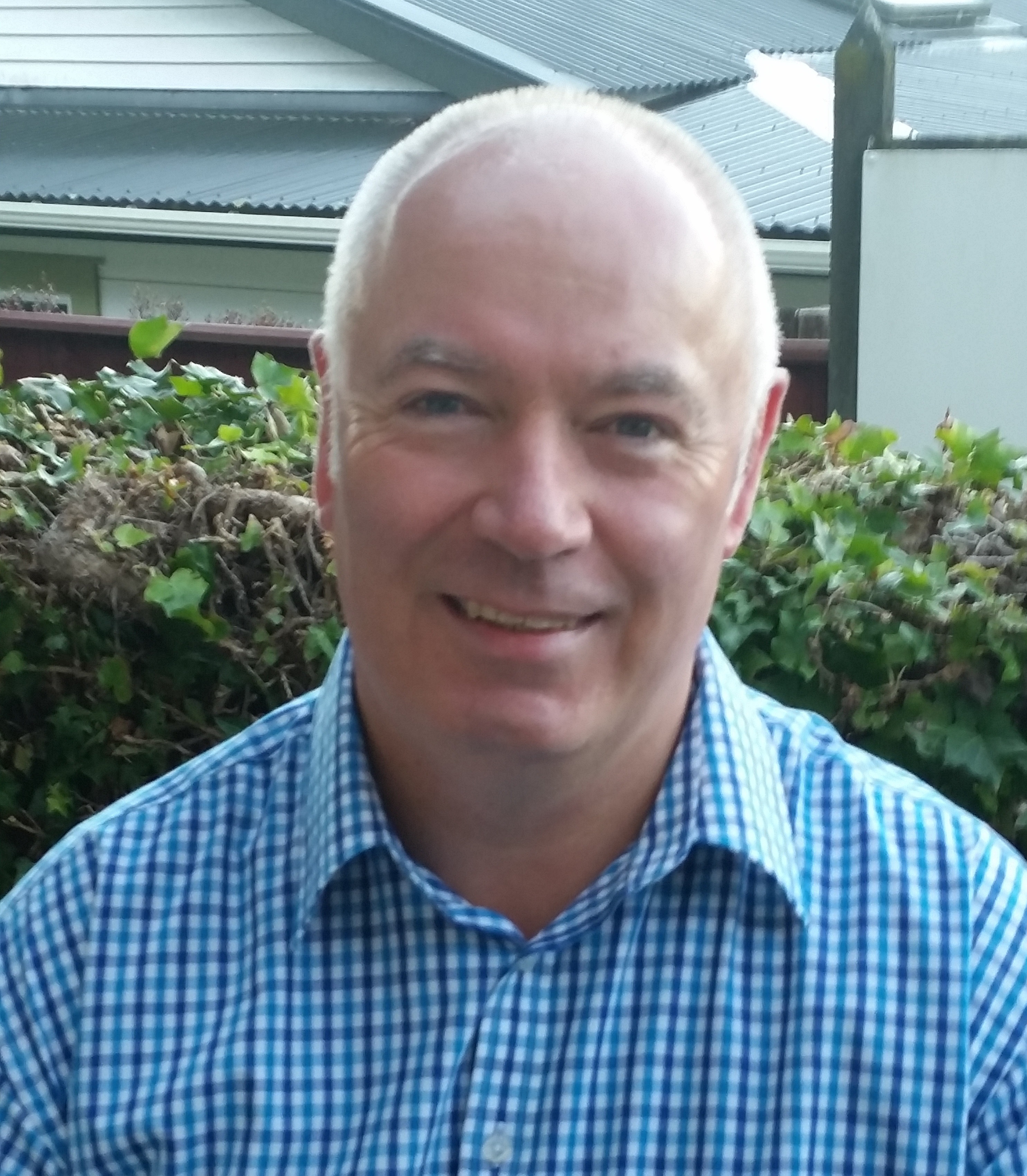 Noel Stempa has been a retailer all his working life, 36 years and counting.

Longer in fact – during his last year at Wellington’s Rongotai College he worked nights in a Woolworths supermarket scrubbing down the meat and deli cabinets.

On leaving school he was accepted into a cadetship programme at the iconic James Smith department store’s flagship Cuba Street shop from February 1982.

“These cadetships were quite visionary, in that the company had a career path for talented people into the future,” says Noel.

“They had a plan. It was an amazing place to train, to learn from hugely experienced people, several who were in their 50s and 60s and had been retailing all through their careers.

“I started in the china department and the cadetship then took me through most of the other departments in the store and also behind the scenes.”

On the completion of his three year cadetship, Noel was given an apparel buying/selling role which stood him in good stead as he was now developing skills around dealing with suppliers as well as customers.

He retained that position until 1988, when he resigned two years after the Smith family sold the business to the LD Nathan group.

Noel recalls the day staff members were advised of the sale: “Yes, and I still have a vivid image of Douglas and Brian Smith standing on the main stairwell addressing us all, saying the decision to sell had much to do with the potential threat of Kmart-type Australian retailers coming to town.

“I learned an awful lot in those six years, enjoyed the experience of taking part in the annual James Smith Santa parades when staff played most of the characters on the floats,.”

James Smith is also where Noel met his wife, Michelle, who was a telephonist there. They married in 1986. 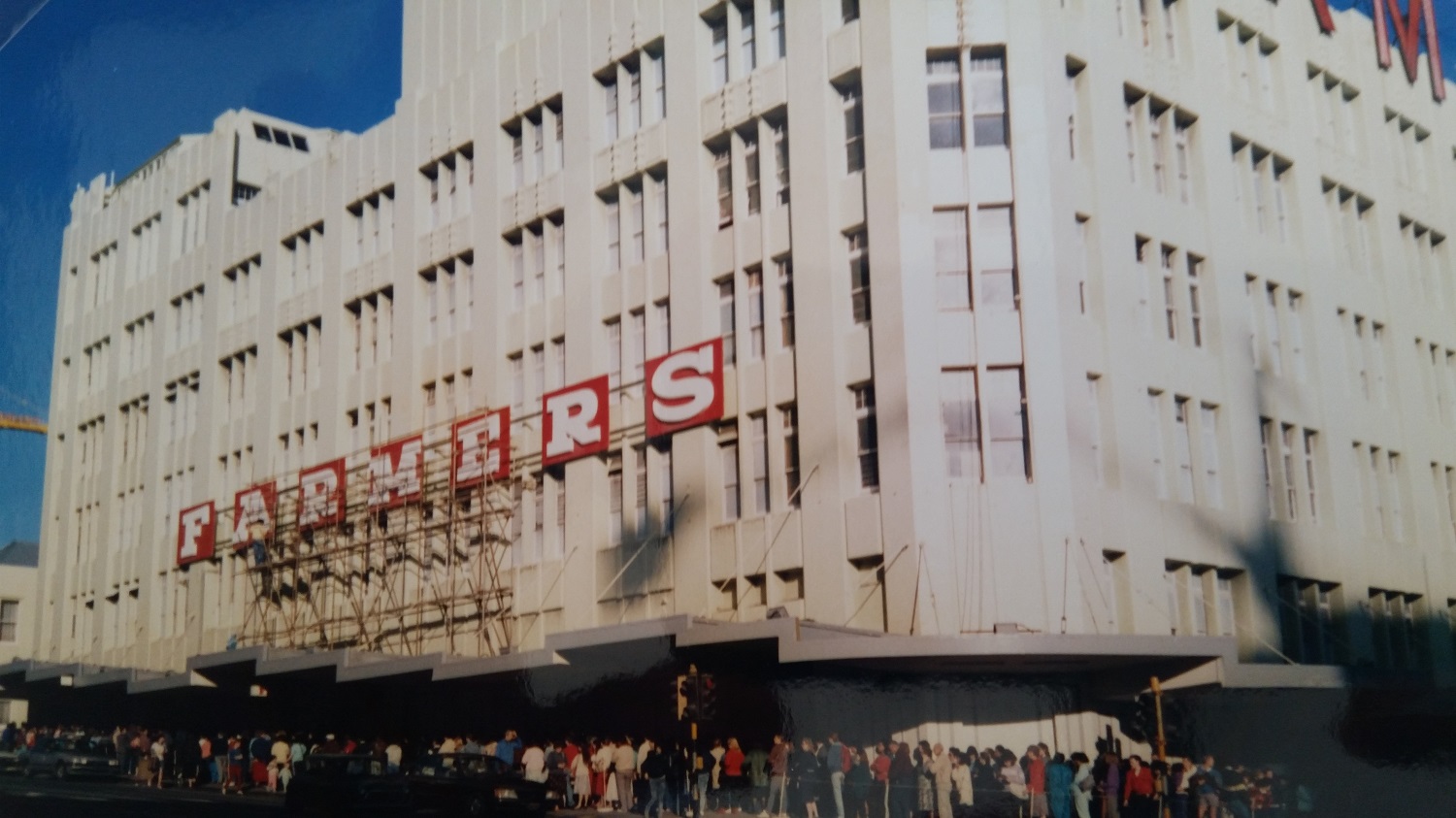 Moving to the smoke with Farmers

In 1988, when it was apparent there was no further advancement likely, Noel applied for an apparel buyers role with Farmers Trading Company, up in Auckland.

He was successful and the iconic Hobson Street store was his daytime home for the next three years.

“Shortly after I arrived, there was a pretty decent fire,” Noel recalls.

“And, during the resultant fire sale, with the shop jammed with shoppers and queues around the block [see the photo above!], our Managing Director, Terence Delaney, announced over the PA system that there had been a bomb threat!

“He said it was likely to be a hoax but, if people wanted to leave, they should do so calmly. Not a single person left and the bargains flowed all day, but I suspect the reaction would be very different today.”

Noel says his time at Farmers was “a step up”, given the comparison of a large national chain to a regional four-store business.

Farmers was an excellent experience, not to mention another three plus years of learning.

But, with the arrival of baby Chris, the Stempas decided to move back to hometown Wellington.

Connecting with customers at LV Martin

Noel had no job to go to but timing, as they say, is everything and he successfully applied for a newly created position of Small Appliance Manager at LV Martin & Son.

Switching from soft goods to hard goods really excited Noel and he saw the shift as a major opportunity to enhance his retail career with a whole new direction and more learning.

It would be 21 years before he felt the need for the next phase but it was just three before the arrival of daughter Katherine in 1994.

By this time LV Martin was run by Trevor Douthett (“Where are they now?” June 2013) and Neil Martin, who continued with the famous LV Martin tenet “It’s the putting right that counts”.

This attitude and the culture at LV Martin suited Noel and his approach to people.

“We really believed we were connecting with customers and had great support from our like-minded suppliers.

"This was way before the internet and online retail, with mail order an important part of the business. Neil looked after that while Trevor got on with the retail side."

The TVCs were filmed in the Ngauranga Gorge showroom, often with many re-takes due to the traffic noise from the motorway right beside the building… 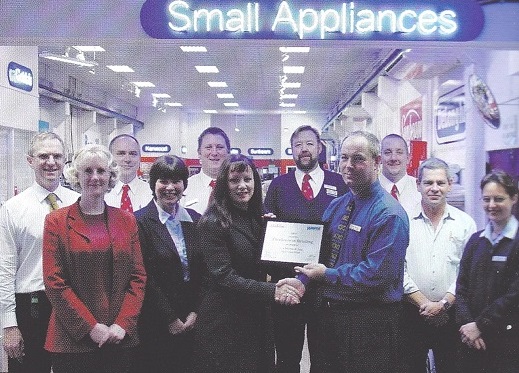 Smiths City takes over from the Martins

In 2004 the Martin family decided to sell the business. Smiths City bought an 80% controlling stake and the other 20% was taken up by Trevor Douthett and his wife.

Smiths City would take full ownership in 2008 and Trevor stayed on as MD for another four years.

Smiths City completed its strategy of centralising and rebranding and Noel’s position was disestablished in 2013.

It was time for the next phase, but retail buying roles were not thick on the ground in Wellington.

Still, as they say, as one door closes another one opens and after a two month break Trevor Douthett came calling.

Trevor had taken over the Baby City operation from Postie Plus in 2012. He was now looking for a Product Manager and knew Noel’s skills very well, so after a robust discussion an offer was made and accepted.

“It was almost like starting again,” reflected Noel recently.

“This was a new industry for me – new products, new suppliers ­– and as well as being exciting it was also nerve wracking, but I thrive on learning things, understanding things and having new experiences and the role was all of those. But, it’s still retailing, buying and selling.”

So the next phase had begun and Noel has been with Baby City ever since. 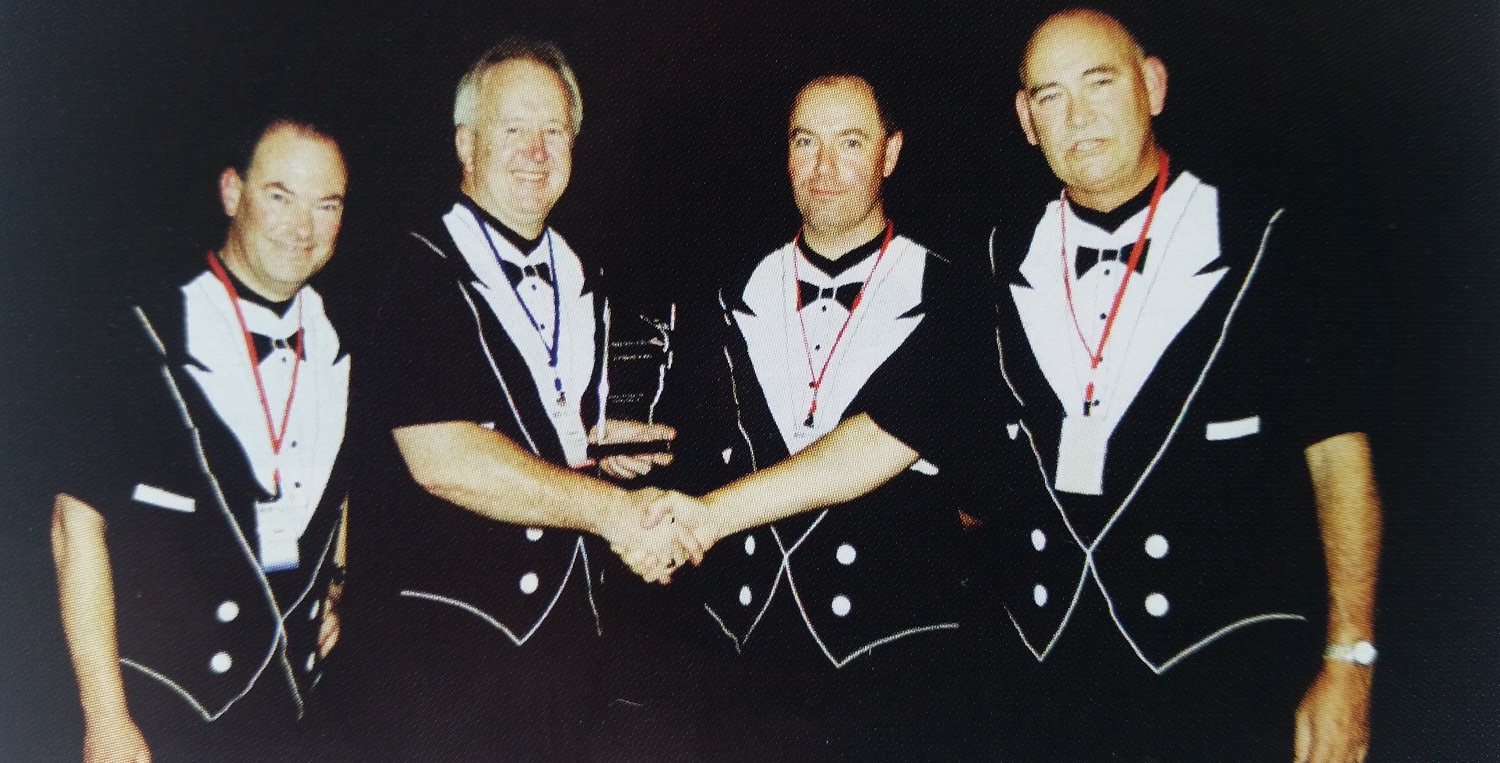 ABOVE: In 2002 LV Martin & Son were ACL's Unidentified Retailer of the Year at conference in Fiji. L-R: John Lamerton, Trevor Douthett, Noel Stempa and the late Wayne Burton.

Top traders I met along the way

Looking back on his long stint at LV Martin, Noel says there were many highlights but what “really did it” for him was learning from “experienced and respected traders”.

Some of these “traders” included Trevor Douthett, Neil Martin, John Lamerton, the Retail GM and, towards the end, Rick Hellings, Smiths City’s CEO, who took “a close personal interest in LV Martin”.

A massive thrill for Noel was being part of a 92,000 crowd on a Philips trip to the 1994 FIFA World Cup in Pasadena California, when Brazil beat Italy 3-2 in a penalty shootout.

Another adventure but of a different sort was a trip to Domotechnica in 2004 when, with no hotel rooms available, his group were accommodated on a river boat on the Rhine.

Trouble was, it was winter and the river flooded during the night with logs continually banging against the side of the boat.

Next morning a dicey temporary scaffold was put in place to effect a rescue and, like all other attendees, Noel was blown away by the experience which was Domotechnica.

Factory visits are usually eye-openers and Noel was part of an ACL delegation to the Haier facility in Qingdao, Shandong Province in China, hosted by Troy Scragg in 2011.

“That was a phenomenal trip,” he recalls. “Troy was a wonderful host and, apart from the business side of things, we were taken to walk on the Great Wall, which was just amazing and also to the Emperor’s Palace in Beijing.”

Along with youthful-looking John Lamerton and Trevor Douthett, Noel was proud to accept the ACL award for Unidentified Dealer of the Year in 2002 from the late Wayne Burton, Chief Executive of Appliance Connexion at the Sheraton Denarau. 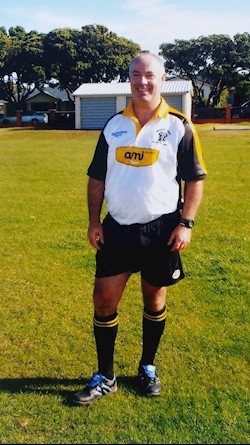 Outside business, family time is clearly Noel’s top priority but he’s a rugby fan from way back, having represented Wellington at age group levels, Under 19, Under 21 and Wellington Juniors before returning to the game with coaching roles as son Chris made his way through primary school and college.

Then, in 2010 at 47 years of age (see photo), Noel became a referee, rising to officiate at Senior B grade, although he confesses he most enjoyed his three years with the whistle in college rugby.

So there we have it, the ongoing life and times of Noel Stempa.

Over to Noel for the last word:

“I have had so many good memories and learned from so many experienced, influential and inspirational people.

“I have this favourite saying, which is – You’re always learning and it never stops. Retail’s a tough gig and shit happens.”

You can read other tales from our “Where are they now” series here.