“Time for a new family to put their mark on it!” After 30 years working for the family, Graham Pudney has placed the Pudney & Lee consumer electronics business in a new family's hands.

Having been in the Pudney family for 46 years and the Lee family for 17 years prior to that, Pudney & Lee (now Pudney & Lee 2017 Ltd) will remain a New Zealand owned family business with the Cate family having over taken from 2 October 2017.

Says Graham Pudney: “Many in the industry will already know Scott Cate from his time at Sharp Corporation.

“He has intimate knowledge of the workings of the CE industry and will be able to put new passion and renewed vigour into the company to grow and evolve it as I have done, and my father before me.”

Scott Cate’s background for the last 11 years has been at Sharp, since 2014 as GM Consumer Technologies, prior to which he was Divisional Manager Retail for almost nine years.

From 1994 to 2004 he was Regional Manager at Minolta and then National Education Manager at Konica Minolta, before joining Sharp. 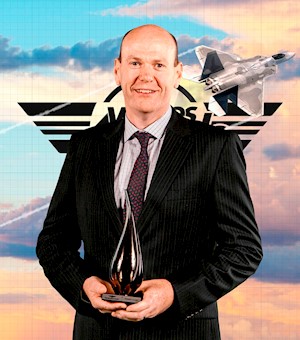 Multi-Wares Award winner, Graham Pudney (right) says: “Thank you to all the people I have met and dealt with over the years. It has been an awesome time. Staff, customers, suppliers, competitors, acquaintances.

"Partners all, in shaping my working world over this time. Thank you for the experiences you have afforded me and the kinship offered.”

Graham’s other business, Pacific Seals, will remain a focus at the same time as starting a new venture in wood plastic composites under the Stabiwood brand aimed at the building and construction industry.

His mobile phone number and email address remains the same.

We'll be following up on this story in the coming weeks, so stay tuned.