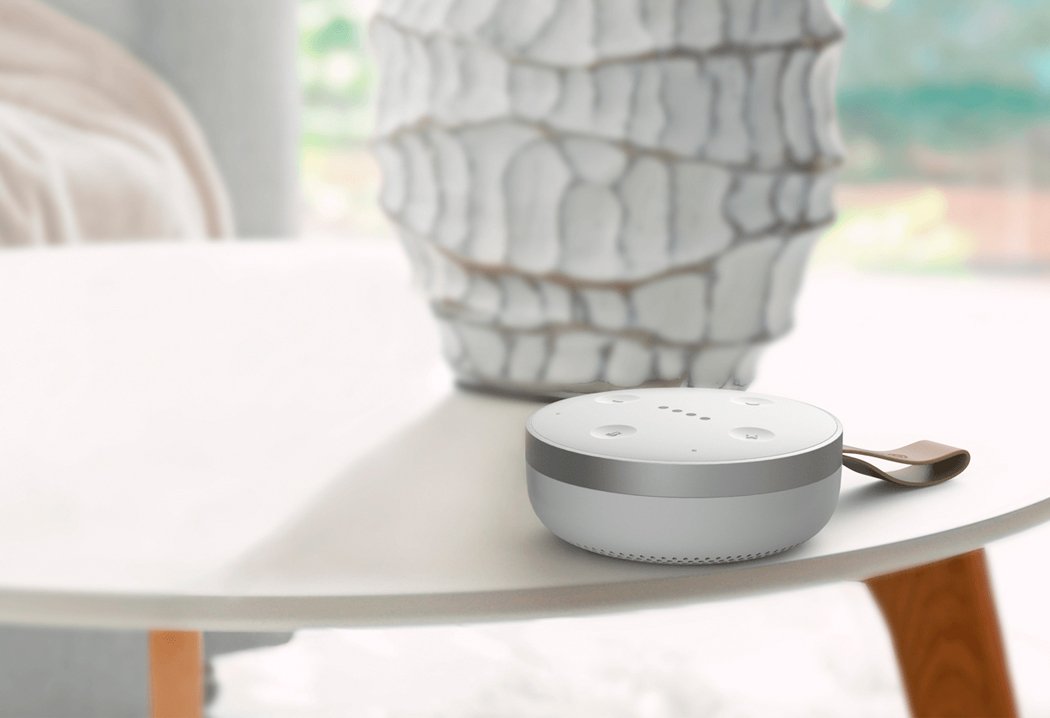 Google Home gets a new form factor and, anticipating Apple’s HomePod, a sonic boost with Google Home Max which promises vastly more powerful and better sound reproduction as well as Smart Sound, which automatically adjusts sound according to where Max is placed. It streams music too of course and it’s also a channel for Google Assistant.

As is the new Google Home Mini, a much cheaper, smaller speaker, around the size of a donut, says Google. Also fabric covered, Mini lights up to show when Assistant hears you and its far-field microphones mean it can hear you above any background noise. 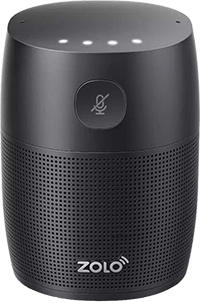 Google also took time to remind us of Google Assistant-compatible products from other brands. Assistant will feature across a number of new third party smart speakers, including the Zolo Mojo by Anker (see photo); Allure from Harman Kardon; JBL’s LINK 10, LINK 20 and LINK 300; TicHome Mini by Mobvoi (photo above); Onkyo’s Smart Speaker G3; Panasonic’s GA10 and the LF-S50G from Sony.

(See our IFA 2017 review starting on page 12 for more on some of these smart speakers.)

The following week, three years since its original unveiling of Alexa and Echo, Amazon launched (as opposed to merely revealing) significant additions and changes to its Alexa-compatible products.

An all-new but still sub-US$100 Echo comes with a new design, better sound with Dolby processing (thanks to Apple’s impending arrival), and a lower price.

The all-new Echo Connect brought with it hands-free inbound and outbound calling to home phones.

Then there’s Echo Buttons, which come in packs of two for US$20. Designed to extend the functionality of an Echo, the Buttons light up in colours when pushed during gameplay (imagine a family game of trivia, who pushes the button first?) and are the first of a new series of Alexa Gadgets that we’ll be seeing more of soon enough. 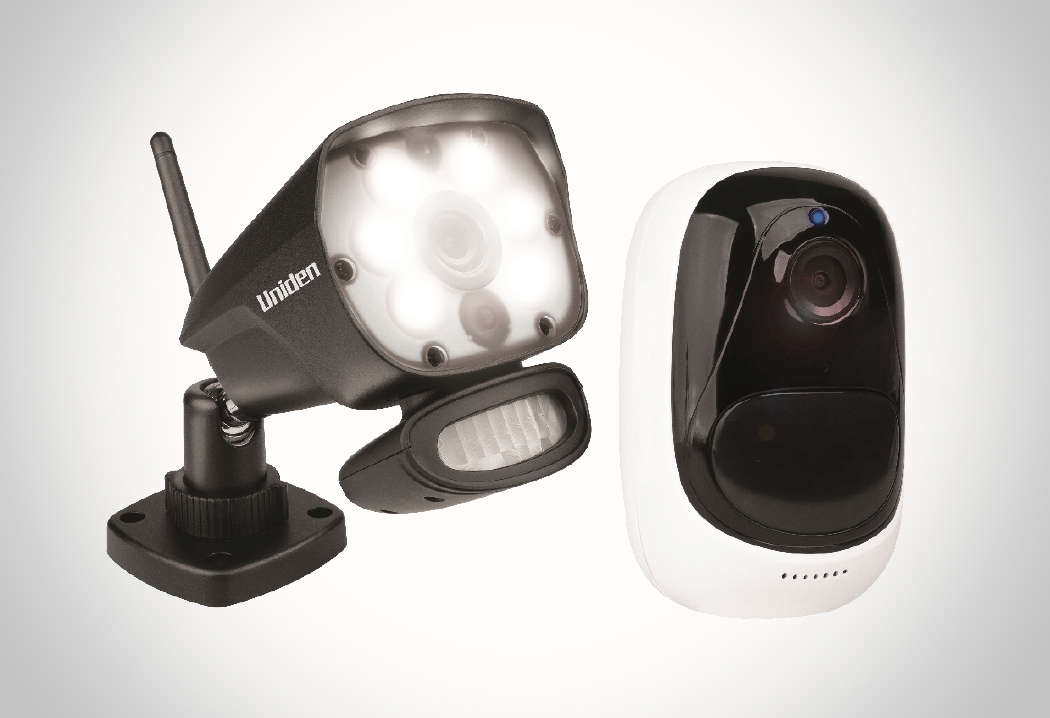 IP65 rated, it’s suitable for use indoors or out, has a PIR Motion Sensor for instant and accurate alerts, a wide 130° viewing angle and films in full HD with 10 metre night vision.

Two-way communication through the camera’s inbuilt speaker and mic means instant access via IOS or Android devices and with Wi-Fi, live streaming is possible as is recording to an SD Card (up to 64GB) with no monthly subscription.

Motion alerts can be sent via email, voice or push notifications via the free app.

Also new is the Uniden App Cam Spotlight Camera, with a wireless network range of up to 50 metres as well as its own built-in storage.

The spotlight is a 500 Lumen high power LED, the IP54 rated camera has a PIR Motion Sensor, 92° degree viewing angle and films in HD either by spotlight or, in the dark, with 10 metre night vision.

Other features are as above. 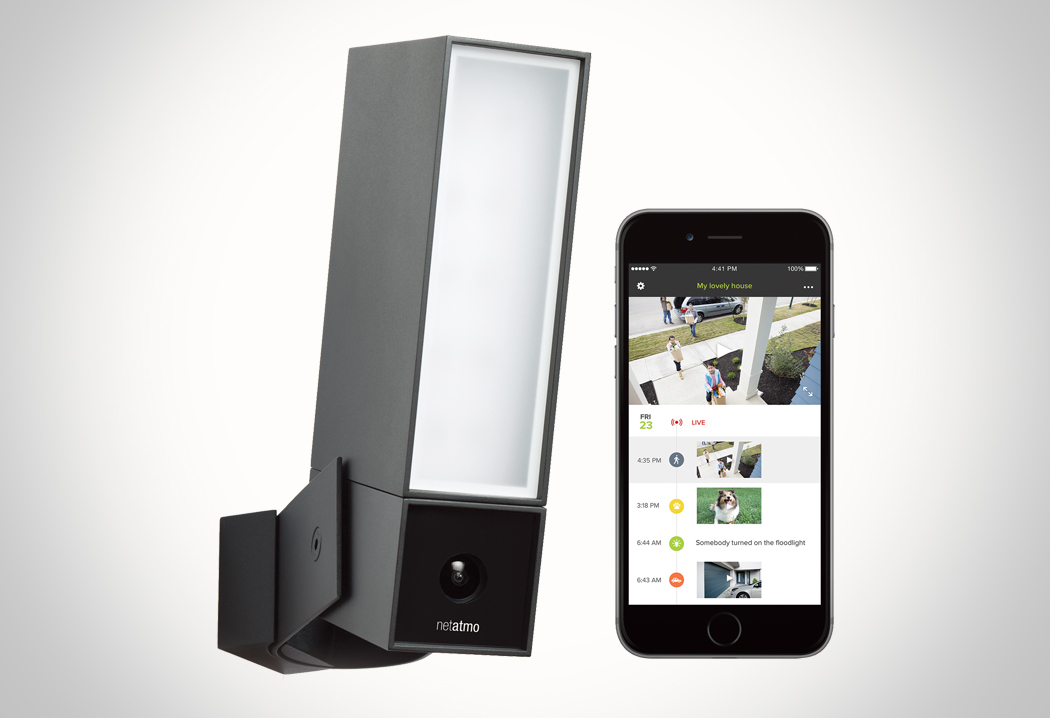 Presence monitors your home’s exterior, sends alerts about suspicious events to your phone and incorporates a smart floodlight which switches on when needed to help deter unwanted visitors, cars, animals etc.

The Alert-Zones feature allows you to select specific areas for alerts and there’s free video storage, on the camera’s microSD card or, optionally, you can store videos to your Dropbox account or on personal FTP server. 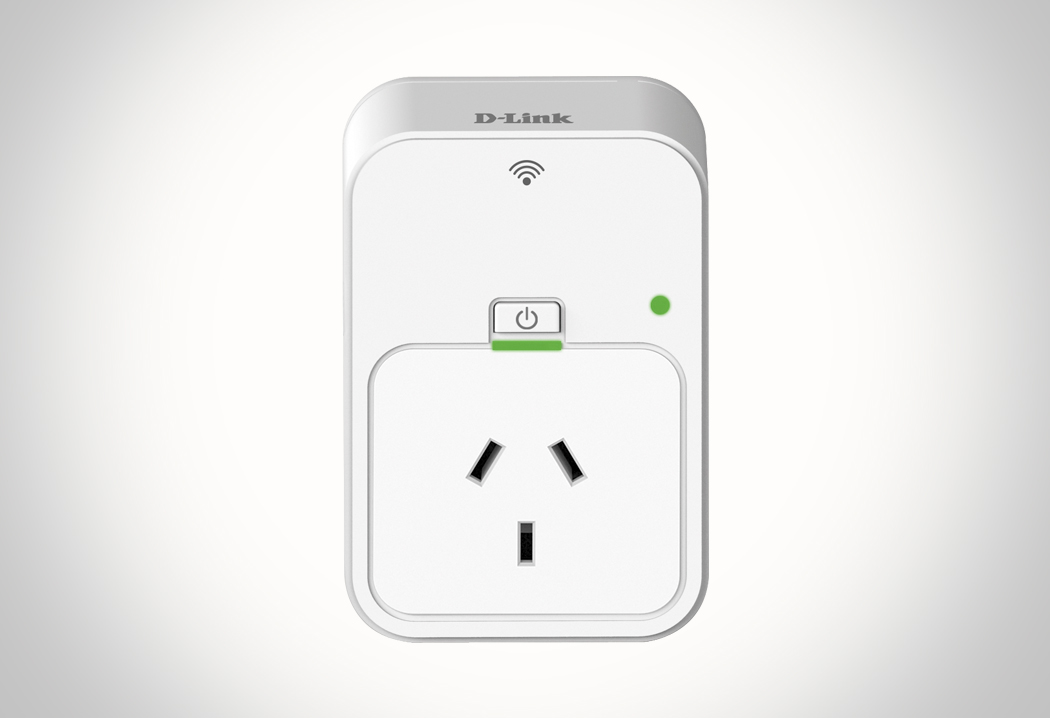 Consumers can control their mydlink Wi-Fi Smart Plugs from anywhere by saying “OK Google” and asking the Google Assistant to turn the plugs on and off.

Configuration is easy through Google Home or Google Assistant app.