Heating & cooling, a category in flux?

Changing standards and unpredictable weather are creating issues in the heating & cooling category. How to weather the storm? Jess Brunette reports. 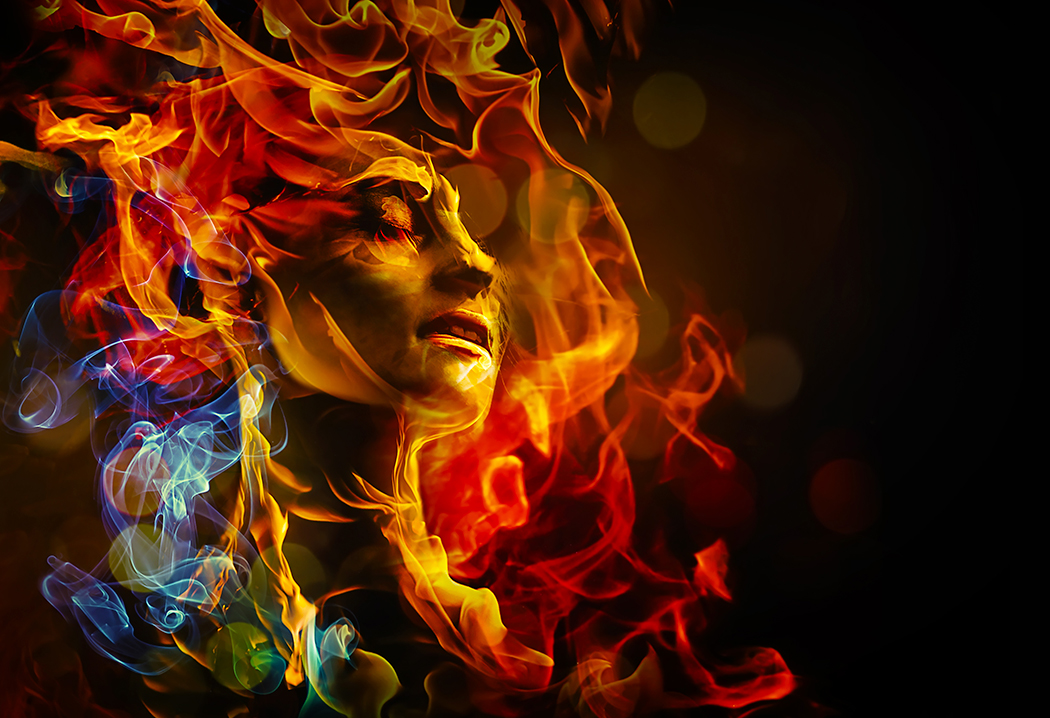 I spoke first to Panasonic’s Darren Hayward, who reports that the past 12 months saw the company’s highest sales in the last five years with high wall heat pumps still the biggest chunk of the market.

However, by far the largest area of growth for Panasonic has been in ducted systems for the entire home, he says.

Why? “I think ducted systems offer that total comfort solution that customers are after. And because the cost has come down for these systems and house prices have gone up, they’re now a smaller proportion of the larger house costs.”

These more comprehensive systems however put even more emphasis on correct installation than single high wall units and in this respect Darren Hayward is pleased to report that the industry as a whole seems to have become more professional.

Another big change for the air con industry is the switch from R14 to the more efficient and ozone friendly R32 refrigerant gas. Darren Hayward explains that this changeover has been slow so far with installers still getting used to the slight differences and consumers becoming educated about the reasons for the change.

And, while many companies (Panasonic included) are still running ranges that use both gases, the true phasing out of the R14 gas will come with overarching changes to performance standards.

“We are still in a sort of handover period at the moment. So I think the big push will probably be driven by a change to Minimum Energy Performance Standards (MEPS). So if it gets to the point where the older products can no longer meet MEPS, that will force it to be completely phased out,” says Panasonic’s Hayward.

Fujitsu General’s Michael Somerville also reports a good sales year and a relatively smooth transition to the new gas types. However he does point out that there have been some misconceptions about R32 gas, with at least one person he has spoken to in the industry very reluctant to take up use of R32 over concerns around safety.

“R32 is classed as a dangerous gas because it does have a level of flammability. But the reality is you could walk away from the explosion and that’s only if you could ignite it and I know people who have tried,” he says.

Somerville stresses that the use of R32 gas should be looked at within a wider context with the efficiencies it offers over earlier gases trumping any perceived risks. On the other hand, he does point out that any real concerns around the use of R32 may be short-lived anyway with many in the industry seeing it as a stopgap technology.

Which gas is best?

Backing up this view is BDT’s Vaughan Eustace who has, like many others, released new products with R32 gas but maintains reservations about its continued use.

In fact, he suggests that, based on global trends, R32 is already on phase down with little more development planned for R32 products as the industry looks for an organic alternative (such as CO2) that meets the right balance between efficiency and environmental impact.

Residential products are one thing, but for large commercial products the shift to R32 is even more problematic with hotels and factories reluctant to mix gases with different combustion rates without good reason.

And, while many major buildings are still on the less efficient 410 refrigerant gas, BDT’s Eustace feels commercial customers will be understandably reluctant to change a huge (and very costly) system until the industry agrees on a long term gas standard.

While this does makes a lot of practical sense, won’t changing MEP standards force all air con customers, both commercial and residential, projects to make the change to R32 despite reservations about its longevity? Well, don’t hold your breath.

“If the MEPS change then we’ll be forced to change,” Vaughan Eustace admits. At the back of one’s mind here though is the case of refrigeration, whose new MEPS were supposed to have been implemented by now but which still looks like it’s still three to five years away.

For Vaughan Eustace and BDT however the changeover to the new gas in heat pumps hasn’t really been top of mind in the last 12 months. Although BDT has done very well with its high wall products in the specialist channels, thanks to a building boom that has benefited the whole industry, the retail side of the business that Eustace deals with has been down on previous years.

In fact thanks to some very mild winters in the past few years he adds that for high wall air units the entire retail sector may have been up against it.

Looking at what does do well, Eustace has found that a greater choice in regards to colour and design has been getting a good response from consumers recently, particularly for bedroom units where the aesthetics make a greater impact than in a larger room.

The fireplace of the future

One welcome surprise for Vaughan Eustace has been growth in the uptake of BDT’s recent floor console units. Despite a heftier price tag than the high wall units, these models have done well thanks to the technology in newer models that heats rooms faster than high wall units and twice as fast BDT’s older floor console models.

He also suggests that floor consoles offer a cosiness factor that may be lacking in high wall units, with customers enjoying the immediate feel of the heat coming from their feet compared to high walls that gradually heat the space in a room.

And, with new floor console units models able to be recessed further back than before, these units are often replacing fireplaces, particularly in colder, more traditionally coal burning areas like the West Coast, where around 70% of BDT’s air con sales are floor consoles.

Vaughan Eustace is however also optimistic about the continued uptake of these models in other areas of the country as emissions standards continue to tighten. After all, if an existing fireplace can no longer be used, it makes sense to fill a basically useless hole in the wall with an efficient heating unit, doesn’t it?

Of course air conditioning isn’t the only way to heat and cool a home and many consumers are still making impulse purchases determined by the ongoing fluctuations in the weather. Unfortunately New Zealand’s weather has been unpredictable to say the last in recent years and this played havoc with sales of fans and heaters.

When I asked Vaughan Eustace how BDT’s fan sales had gone in the past few months he felt that, while suppliers were doing fine, the retailers might have a different tale to tell.

“We’re okay for what we sell in but I don’t think that matched the sell-out. The weather has begun to heat up in some places but last year around this time it was fanaggeddon and we had people ringing up begging for fans!

“So, based on last year, everybody would have doubled down on their orders. I think there might even be a few stacks of fans around the place right now!”

On the spot heat still strong

Shifting to the other aisle now, De’Longhi’s Pat Neville has also been struggling against the middling and unpredictable weather but still reports a good year for sales of the company’s heating products.

Oil column heaters continue to be a pillar for the company thanks to a broader range of products coming through, while convention heaters show the strongest signs of growth with ceramics also doing well.

Looking at the areas that do well, the South Island remains a steady source of business for the company’s heaters.

“You’re always going to get a longer heating season in the South Island,” he says. “And, for the retailers who are a bit more visionary, even at this time of year, those who have product in their stores will get the people who are planning ahead knowing it’s going to be freezing shortly. And they are getting some good numbers through now and in February.”

Looking at the rest of 2017, Pat Neville describes the company’s attitude as “bullish” and predicts a good year ahead for sales. 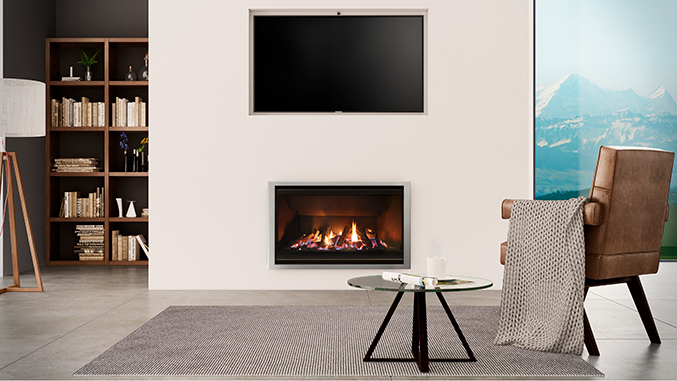 Dunedin gas fire maker Escea Fireplaces’ Nigel Bamford says last year’s sales have been significantly up on the previous 12 months which he puts down to the ongoing rise in the number and size of homes being built (with nearby Central Otago one of the hot spots), as well as a wider trend towards gas fireplaces featuring both inside the house and also as part of an outdoor heating solution.

“The price of gas has been very stable for many years now and, because fireplace technology is advancing, so is the energy efficiency of gas fires,” Bamford says.

But do enough consumers really know about these improvements in gas fire efficiency? Nigel Bamford, for one, doesn’t think so. Based on their experiences a decade ago when most gas fires were open fronted and very low efficiency, “Most people we talk to still assume that running a gas fire is an expensive option.”

Despite this, he is extremely excited about the company’s latest development, its first Ultra Low Emission Burner (ULEB) the Ferva Saturn that was released in October 2016 to meet Christchurch’s strict new laws around emissions and at an affordable price.

Based on the feedback he has received on the ULEB product so far, Steve King is happy he waited to release a product which he says has the highest current heat output for a ULEB in New Zealand, a feature that has been well received by consumers.

Another unique selling point is the four thermoelectric modules on the back of the unit that provide self-contained power to its own convection fan, as well as the ability to charge USB devices.