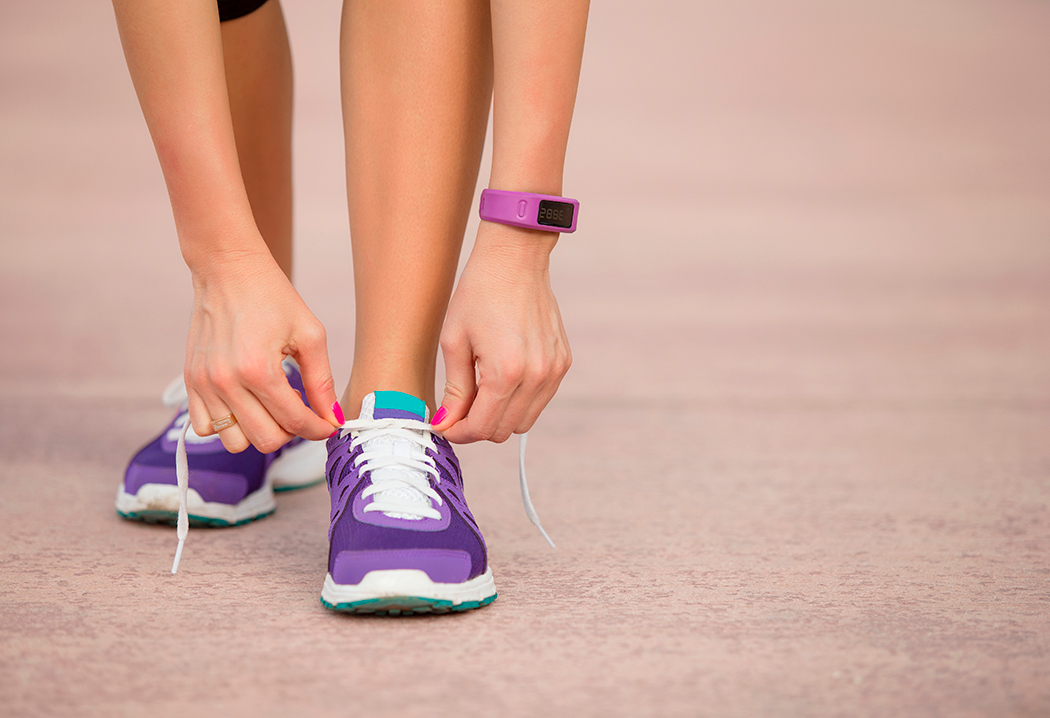 A round-up of some of the latest local and international wearables, personal care & health category news

Stats from Canalys show that in Q4 2016 Apple set a new quarterly shipment record that contributed to total global smartwatch shipments of over 9 million units.

Apple made up 6 million of those shipments, generating over US$2.6 billion in revenue for Apple in Q4, 80% of total smartwatch revenue.

Google has just launched Android Wear 2.0. The new system has an easier interface and can now run native apps without the need for a smartphone nearby.

It also offers customisable watch faces that allow you to add “complications” (similar to smartphone widgets) meaning you can add battery life, step count calendar events or to-do notices to your chosen face.

Messaging is also improved with handwriting recognition, a small keyboard and smart replies similar to those in Gmail.

Perhaps most useful, users can now use Google Assistant for voice activated communication and tasks. Other features include an improved Fit app and simpler reading of notifications.

Google has also collaborated with LG to create the first watches featuring version 2.0, the LG Watch Sport and the LG Watch style.

The Style is a thin light comfortable model in silver, rose-gold and titanium while the Sport is Android Wear’s most powerful model so far with a high performance elastomer strap, NFC, GPS, a heart rate sensor and dedicated buttons for Google fit and Android pay.

Industry response has been very positive so far with many developers and businesses seeing great potential in the benefits of the augmented reality device. The Microsoft HoloLens Development Edition is currently available to NZ developers for $4,699. 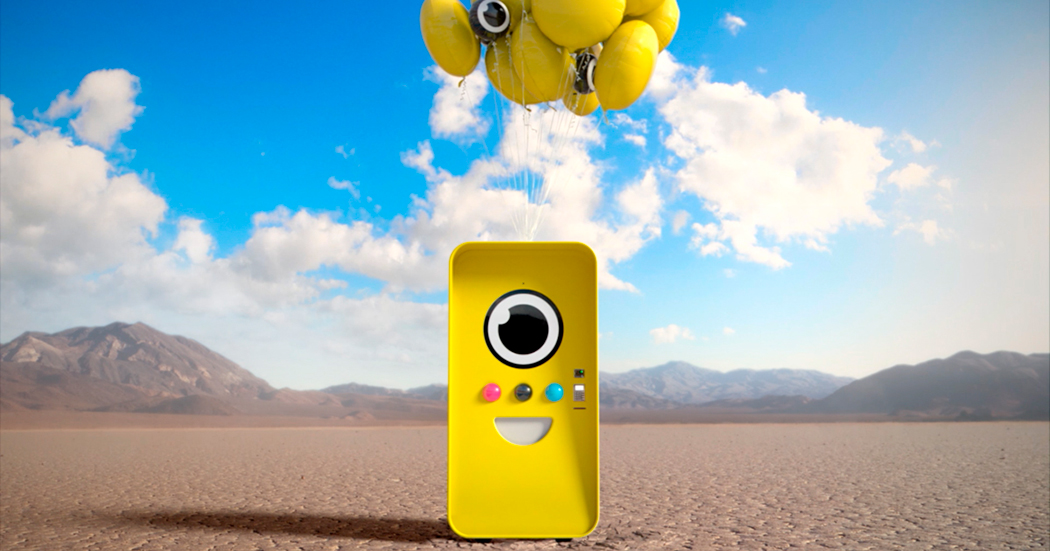 Spectacle Bots: where will they turn up next?

A hot product from last year was Snapchat’s Spectacles. These sunglasses take 10-second videos directly from a user’s perspective with the camera and power button situated on the frame while your phone stays in your pocket.

Going through to 2017, Snapchat has managed to create a fierce demand for Spectacles by only making them available from its distinctive, bright-yellow, pop up vending machines called Bots.

The first Bot appeared in Venice Beach late last year and since then the Bot has disappeared, then reappeared, in a variety of locations, with people cueing up to get the sought after specs as soon as word gets out of a Bot’s location.

Bots generally move to a new location every 48 hours with a countdown starting on the Spectacle website 24 hours before the new location is unveiled. At time of writing, the most recent Bot turned up in Seattle burger joint Dicks on 8 February.

This guerrilla marketing campaign has done well for the company with the Spectacles quickly taking on a cult-like status amongst discerning hipsters and tech addicts. While Spectacles are only sold directly through the Bots for $129, they are being sold on EBay for exorbitant prices if you feel you just have to have them.

For those wanting to keep the classic analogue look and feel in their watch but are tempted by some of the functions of smart models, Movado Group has a new range of smartwatches engineered by HP that tick both boxes.

Interestingly, although they can be paired with Android or iOS phones, HP has provided an entirely new software platform for the watches.

The new range features designs from Tommy Hilfiger, Juicy Couture, Hugo Boss, and Scuderia Ferrari and include physical analogue hands with text messages, calendar reminders and the like communicated on an otherwise hidden OLED display or through haptic vibrations.

Virgin Pulse and Fitbit partner up

Virgin Pulse, “the leading provider of technology solutions that promote employee engagement” is set to team up with Fitbit to “develop technology and services integration to help global organizations advance employee wellbeing initiatives.”

The partnership will offer preferred pricing on Fitbit trackers to develop unique user experiences for 2,200 plus Virgin Pulse employer customers. 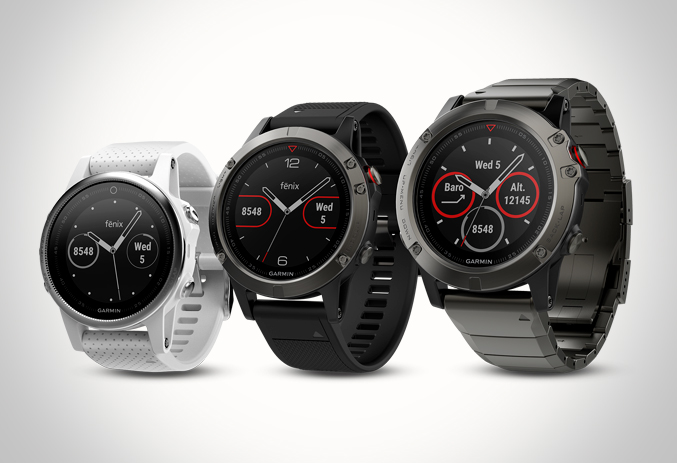 Garmin has added new models to its range of smartwatches and golf GPS devices. The Fenix 5 series adds three new Multisport GPS watches to the Garmin range. The Fenix 5S is lighter, sleeker and smaller than previous models, ideal for small wrists without sacrificing multisport functionality. The Fenix 5X boasts preloaded wrist-based mapping and the compact Fenix 5 is feature-packed and ready to take on any adventure with an all-new industrial design. All Fenix 5 models are 24/7 wearable with extended battery life, daily activity tracking, Garmin Elevate wrist heart rate technology, and a host of connected features. Users can easily switch between leather and metal accessory bands to sporty silicone in seconds and without tools, thanks to new Quick Fit bands.

The Approach G30 golf GPS device adds a sleek and compact handheld to Garmin’s line-up of golf GPS devices. The Approach G30 has a 2.3-inch colour touchscreen with full course mapping to more than 40,000 courses around the world plus free map updates. Green View and Touch Targeting, offers the most accurate yardage info and are able track stats and performance over each round and over time. The Approach G30 has a sleek and versatile design, which can be mounted nearly anywhere like users’ belts, pull carts or golf bags. 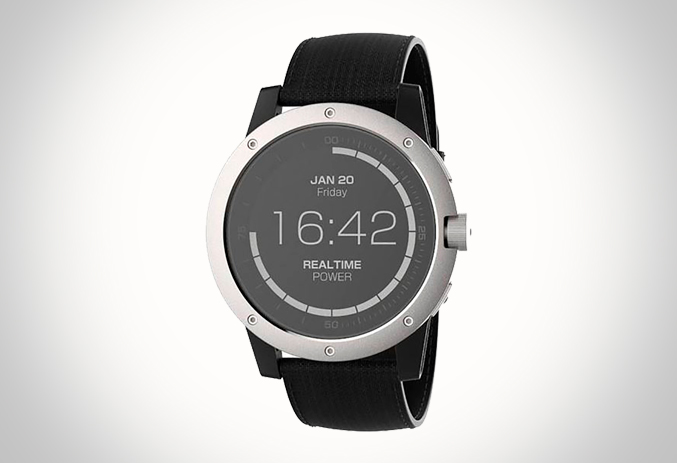 For those tired of worrying about battery life, a recent kick starter project might provide some solace. First unveiled in November 2016, the Matrix PowerWatch is a thermoelectric-powered smartwatch that never requires charging using the heat of the body to generate its power.

After raising nearly 10 times its goal Matrix announced its new PowerWatch X model that won the last gadget standing competition at this year’s CES. The new X model has a larger, more aggressive design, greater thermoelectric generating capability and includes a much requested vibration motor for alerts and notifications. The PowerWatch X is also four times stronger than its predecessor and boats a 200 meter water resistance rating, making it the toughest smartwatch in the world. Matrix PowerWatch X is set to ship in October 2017.