FROM SHUTTLECOCKS TO BLAZING SADDLES 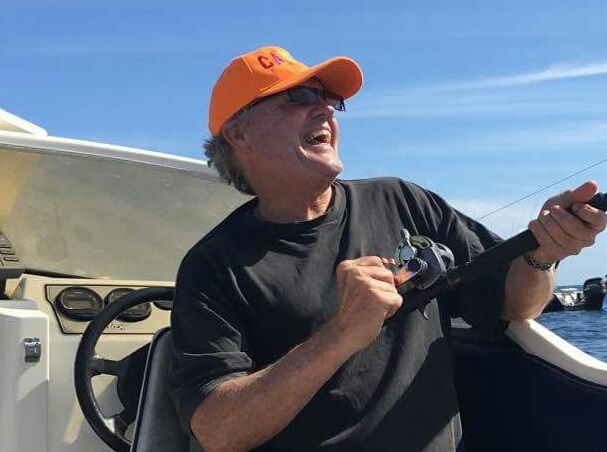 Spanning hi-fi, whiteware and now saddlery, we look back at the career of Warren Brewin. Merv Robertson reports. 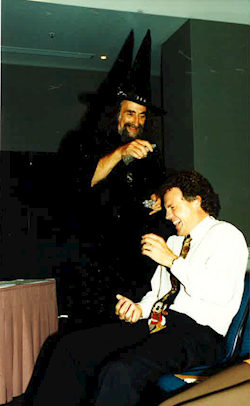 Warren Brewin started his working life as a Quantity Surveyor with Multi Price & Partners before joining PDL. Working on the sales desk and helping out in the warehouse, he was effectively doing the ground work for becoming a Sales Rep.

In July 1979 he moved to a sales liaison role with Louis McDonnell’s Electronic Engineering Division at Pye, offering technical support to customers and assisting the sales force.

Within a year he was on the road himself as a rep, selling cable, speakers and componentry and numbered one Roly Magness at Magness Sound among his best customers.

Few will know however that Warren also once played badminton full time, cutting short his budding career at Pye in favour of briefly moving to London having secured sponsorship from the New Zealand Badminton Federation.

This was a brief sojourn however, one which he describes as “a great experience with no money in it”.

On his return to New Zealand in March 1980, Warren secured a Sales Representative role at pharmaceutical wholesaler Beecham NZ, in a new division selling grocery lines like Ribena and Macleans toothpaste into pharmacies.

He held this position for little more than a year before moving into our industry for what would prove to be a long and varied stay.

Above right: The Wizard of Christchurch “anoints” Warren Brewin and casts a bad spell on Appnet’s competitors at a Rotorua conference in 2005.

From pharmacy to consumer electronics

Warren joined AWA in 1981 as a Sales Representative working for Harry Van der Vossen, who was ex Bond & Bond.

“We were strong in hi-fi with brands like AKG, Revox, Ortofon, KEF and Hitachi as well as Clarion car audio which was about 50% of the market at the time.

His time at AWA was “tremendous! I learned a lot from Harry and really got to know the retailers.”

This would be advantageous when in February 1985 Warren Brewin left to join Email as Sales Supervisor.

Back then, Email was the New Zealand distributor for Sony so he was involved with the importation of that brand and remembers launching the very first Sony Discman CD player which was a huge success.

We had a chuckle at that stage remembering how the calculations were done to reach a Recommended Retail Price. First there was the cost of buying an import licence, then the FOB price from the country of origin, followed by 45% duty and 30% sales tax, with all those facets combined becoming the landed cost.

From there, suppliers applied a good margin for themselves to reach the wholesale price and, on top of that, a 40% dealer mark-up was added – all in the name of protecting the local manufacturers!

Back to Email, where Warren Brewin’s reputation was growing quickly, to the point when, after just eight months, he was lured back to AWA as a Regional Manager. He looked after the major territory from Taupo north and grew the region to 54% of Wellington-based AWA’s total revenue.

A high point was during a visit by KEF founder Raymond Cooke, who said that, per capita, New Zealand was the top selling nation for KEF worldwide. Warren was privileged to act as his guide during the Kiwi stopover.

The shift from browns goods to whiteware

Eventually, all three brands were brought together under the Simpson umbrella and Warren became overall Sales & Marketing Manager at a time when the cooking business was nothing if not “competitive”.

Lionel Evans was Deputy MD at Ceramco and he requested a business plan from Warren which would ensure Atlas survived the “three-factory war” between F&P (with Kelvinator and Frigidaire, plus Shacklock via Whiteware Corporation), Champion and Ceramco.

Warren duly completed the plan which was approved within a week. Champion would close later in the year, recalls Warren today.

Back then, he says: “Even though F&P was the market leader by miles, whiteware was extremely competitive and by adopting an aggressive pricing strategy we did extremely well in cooking.”

Warren’s big challenge however was to find a way to combat Shacklock, which was F&P’s offering for the multi-brand dealers and distributed by Whiteware Corporation.

“Without going into a lot of detail, it was all about the product, margin and distribution and we gained a very strong position with non-F&P EDA retailers,” he says.

Ceramco also bought Philips out of its 50% shareholding in Amalgamated Finance so its total package to the trade was very comprehensive. 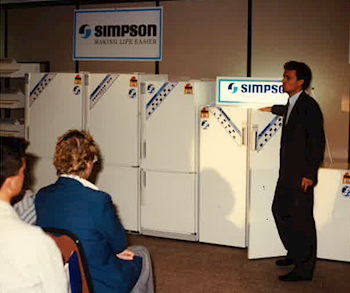 a new range of frost-free refrigerators was developed which started to transform the market under the Simpson brand, beginning with the revolutionary NB380 bottom mount frost-free cabinet. This was part of a major product plan constructed by Warren and approved by Bob Toone of Email Group.

In the mid-1990s, there had been significant change for the industry.

Whiteware Corporation pulled the pin, effectively taking Shacklock out of play, and Simpson Appliances dropped Prestcold in favour of ramping up the Simpson brand, armed with the new refrigeration line-up produced especially for the New Zealand market, plus new laundry and dishwashing products.

Shortly after, Westinghouse was launched and Simpson’s three-brand strategy was restored.

The Simpson Network and the genesis of Appnet

On several occasions I have been reminded that it was Warren Brewin whose foresight and planning saw the formation of an Independent marketing group called the Simpson Network so I asked him to elaborate.

“When I came on board we didn’t have a lot of dealers and in order to grow our brand we obviously needed shop frontages nationally, so in 1989 I invited electrical contractors and service agents with a small retail area, plus our existing retailers to join our new Simpson Network.

“We united these guys by providing a complete product range to compete with F&P dealers: training; guaranteed 24 hour delivery anywhere in the country; finance arrangements; promotional assistance; and generous margins.

“We also held annual conferences with an emphasis on fun and these worked well to bring together a team of retailers capable of providing a choice of whiteware to the New Zealand consumer.”

It worked so well in fact that in 1993 the Simpson Network became a separate entity called the Appliance Network Society and supply lines were opened up to include other suppliers, so members had access to a virtually all-encompassing range of product categories and a variety of brand names.

Bob Godward was Appnet’s inaugural General Manager and he worked with a Board of six owner-operators.

Below: It’s 1991 and Warren Brewin presents Dimocks Appliances Hawera with a Professionalism Award on behalf of Simpson. 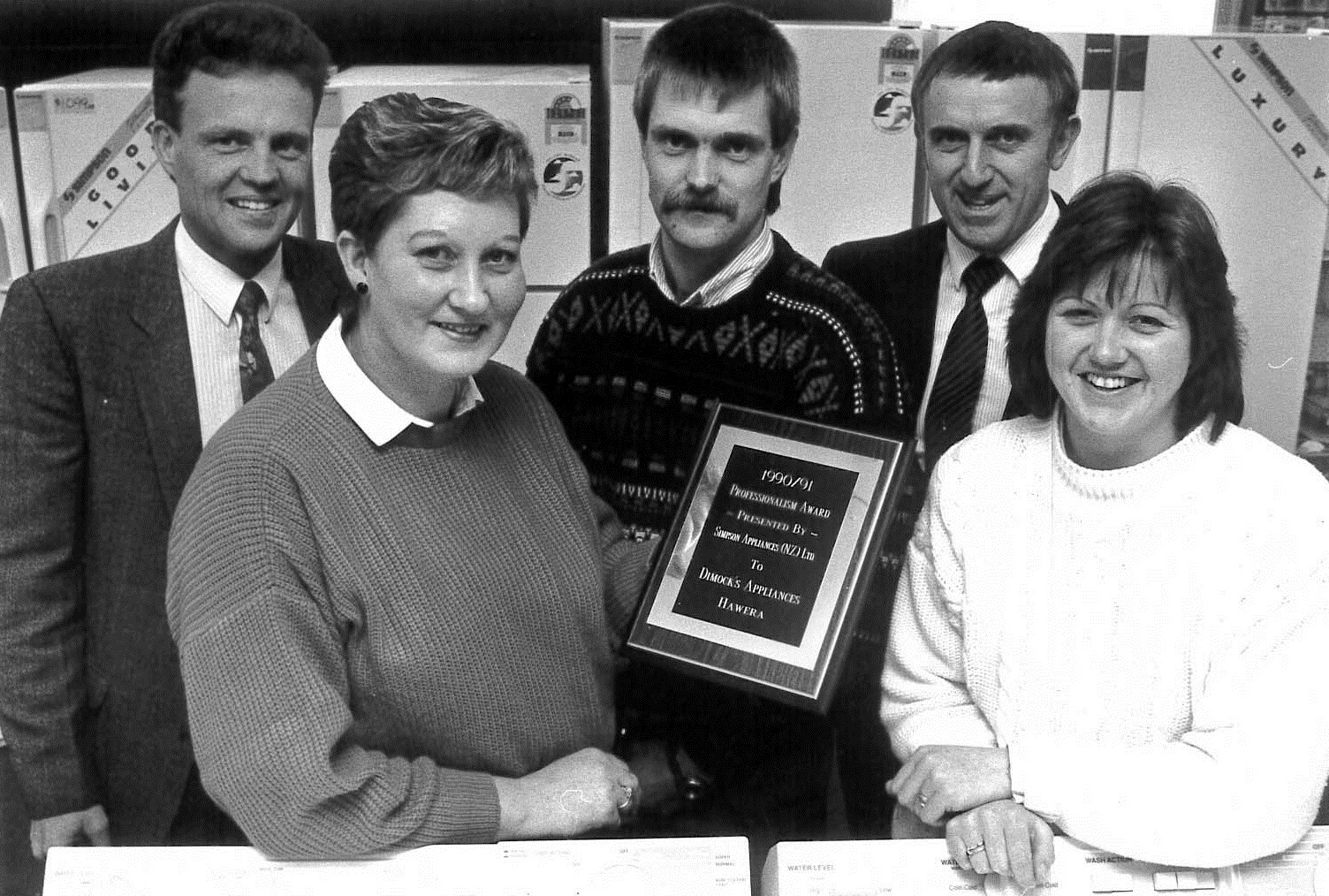 Betta Electrical makes a name for itself

In 1994 Appnet entered into discussions with Betta Stores in Australia and the New Zealand Betta Electrical licence agreement was signed in June that year.

Warren Brewin joined the group the next month, replacing Bob Godward as GM and, by September, Betta Electrical was a well identified national retail group which was promoting itself in the daily press and with regular catalogues.

“My time at Appnet was exhilarating,” recalls Warren today. One of Appnet’s biggest successes was the exclusive launch of LG whiteware as well as enjoying exclusivity for brands such as Smeg, Baumatic and Indesit as the group progressed.

Later there was the acquisition of Kitchen Things through a subsidiary company. “As a group we had a diverse membership to say the least,” says Warren.

Apart from the Betta and Kitchen Things branded stores there were also the unidentified stores, including the Armed Forces Canteen Council and Mr Rentals. Carters, the building supplies merchant, also sourced whiteware from Appnet.

Such was the momentum created, says Warren, that “At that stage I believe we were the biggest multi-brand whiteware group in the country by a stretch and in some categories we would have been number one in categories such as hobs, built-in cooking and side-by-side refrigerators.”

In 2006 Betta Stores in Australia was placed into receivership and Warren negotiated with the receivers, Price Waterhouse Coopers, for Appnet to buy the Betta Electrical brand in New Zealand, thus extinguishing the licence agreement and securing sole ownership for the group. 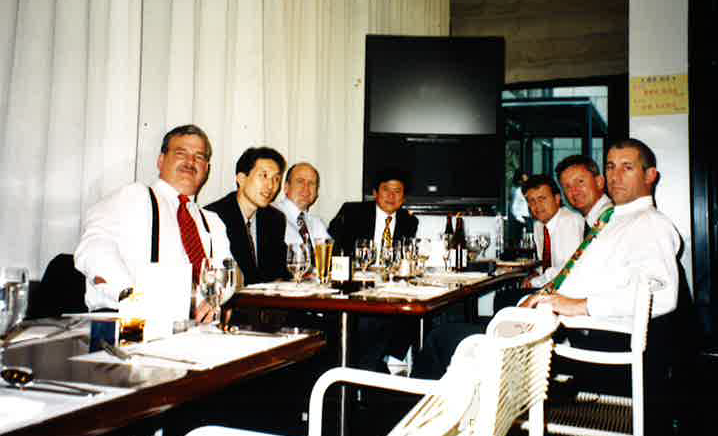 Out of the industry but back in the saddle…

In 2008, Appnet sold Kitchen Things, at which time Warren decided to move on and in February 2009 he joined Cash Converters as Group General Manager.

Uncomfortable with the environment, in October that year he set up his own company, Universal Inspiration, which he ran from home as he took 18 months off to build his dream home in Stanmore Bay.

Since July 2011, Warren has been at Lifestyle Retail Group, which trades as Saddlery Warehouse. Based in Albany and selling all things associated with the equestrian industry (except horses!), the company has its own retail outlets, an import wholesale operation and a franchise company.

Warren started out as Franchise Manager looking after the retail network but was appointed CEO for the group after a restructure and has led the company through a transformation from high indebtedness to being a profitable, well-funded business.

As well as looking to expand mail order direct sales internationally, in November last year the company launched in Australia and Warren Brewin is pleased to advise that the Saddlery Warehouse is going really well with strong growth.

See all of our “Where are they now?” episodes, some with much more detail and in longer form (and with more images !) than in the magazine here.