NOT RETIRED, JUST A DIFFERENT FOCUS

The subject of our latest “Where are they now” series is Lance Gladding.

In 1954, Lance Gladding (seen above at the 2017 Wares Awards) left Auckland Grammar as a 15 year-old and went out into the world looking for work.

As a diligent kind of a guy, after a couple of years this quality was noticed by the Auckland Branch Manager, Alan Postles, who sent him around Northland as a rep one week in four, selling a range of furnishing material to retailers in the area. 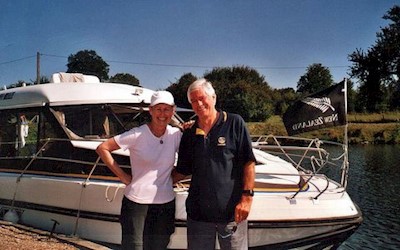 “I thought it was Christmas,” chuckles Lance today.

“I drove a flash car, stayed in hotels. It was a bit of a risk I suppose, sending a 17 year-old out on the road but I enjoyed the experience and must have done OK as I was still in the job three years later when NMA closed Blackies down.”

Fortunately he was offered a position as a rep with another subsidiary, selling Wintest tents, waterproof clothing and tarpaulins. Lance’s biggest customer was freight forwarding company New Zealand Express.

Around 1964 and in his mid-20s, he was offered a new repping role with RH Graham, a supplier of women’s apparel.

But after a couple of years Lance tired of travelling and, pumping gas at a Panmure service station, took time out to consider his future. 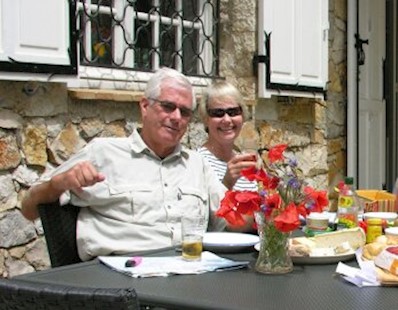 He decided to give it a whirl and did a stint as Manager at the Takapuna branch before transferring back to the main K Road store.

Lance recalls today that Dalbeths was very strong in Norge HMV whiteware with Philips being the main TV brand, in particular when colour was launched.

“That was an exciting time and we just couldn’t get enough Philips K9s. They were easily the most popular models and on allocation which meant we had waiting lists, although Sanyo was a good backup for us.”

Although he took the Dalbeths job “to see how it went”, Lance was there for over a decade and forged friendships which endured.

From Dalbeths to Hill & Stewart

But in 1983 it was time to move on, with workmate David King (see David's own episode of "Where are they now?" here) and Lance deciding to join forces and buy a Hill & Stewart store in the Roselands Shopping Centre in Papakura.

Lance and David founded Roseland Holdings but continued to trade as Hill & Stewart, “working hard to crank the business up”. 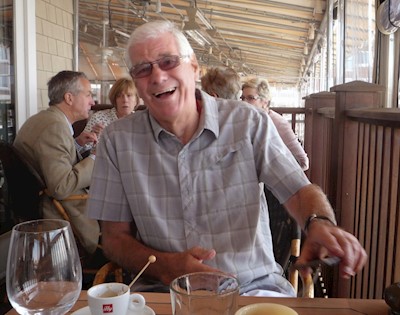 Lance recalls; “Having Fisher & Paykel’s Leonard brand helped and we quickly got to the stage where the shop was too small. So, taking over the place next door, we knocked out the wall and finished up with the room we needed.”

In 1985 the pair bought a second franchise in Manukau Mall which they operated as a branch.

The Gladding-King partnership flourished and after another two years they bought Panmure and Glen Innes operations from John and Neville who wanted to take a break after closing Howick.

Now they were running a four-store mini-chain in Auckland, which required the addition of a warehouse into which they incorporated a trade-in centre.

“Retail margins were tightening at the time and we enhanced the trade-in side which returned very good margins and we also opened a secondary business called Rentco, renting out second hand appliances. This too was a profitable sideline.” 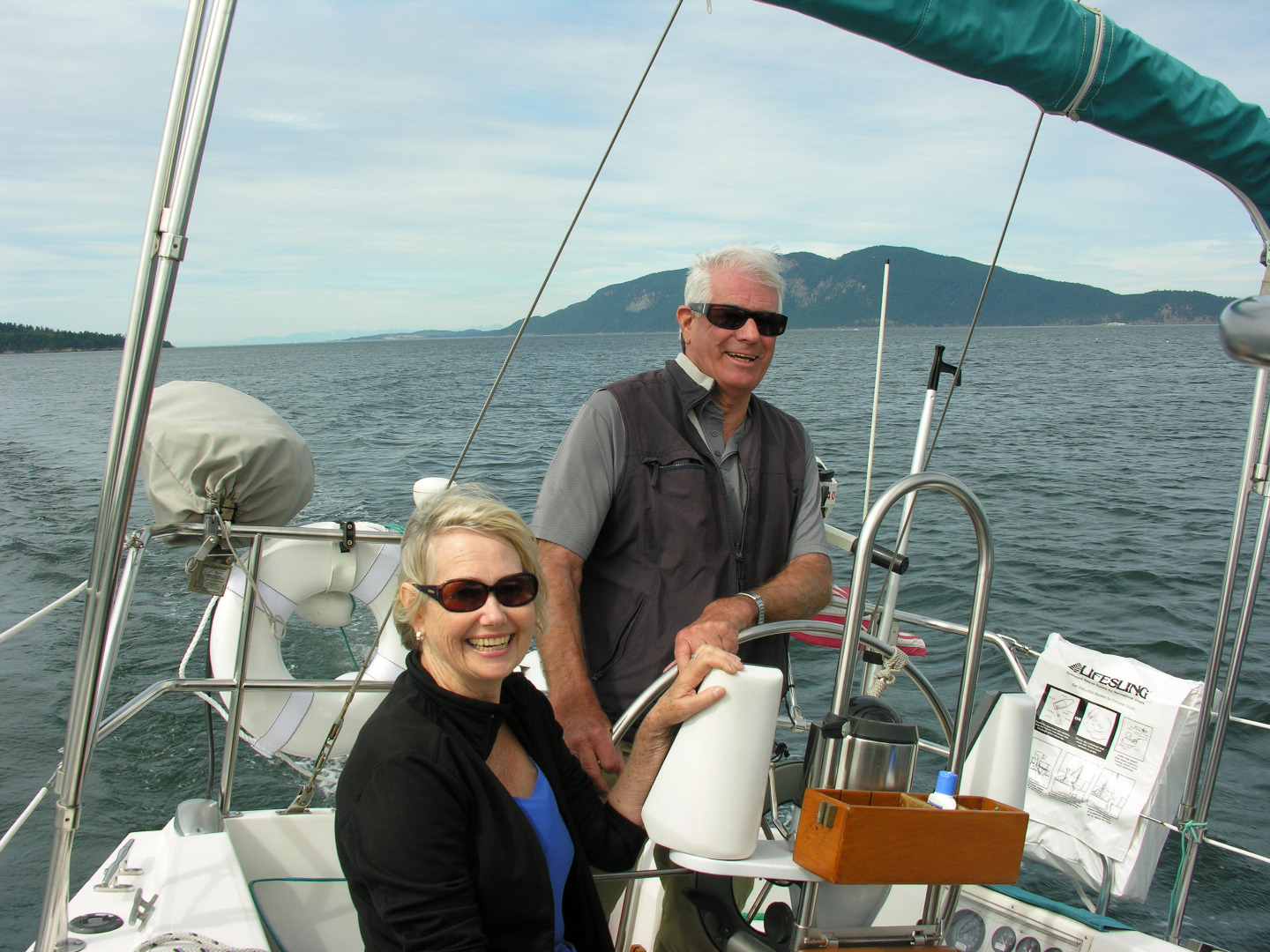 From the “City of Sails” to sailing in Kerikeri

In 1993 David was keen on a new direction and, after Mo Khan (see Mo's own episode of "Where are they now?" here) had bought Manukau and Papakura, he sold his shares to Lance and wife Christine, who continued working the remaining two stores before selling them to Jim Hall of Mount Albert TV fame.

That was 1994 and soon the opportunity arose to buy Errol Rogers’ Home Team in Kerikeri and the Gladdings didn’t hesitate, quitting Auckland for a lifestyle in the beautiful far north.

As Lance tells it: “We had our yacht moored at Pine Harbour (Beachlands, Auckland) so we hauled it up to the bay and started life in Paradise.”

Not surprisingly, Lance and Chris quickly established themselves in Kerikeri and grew the business at pace, changing the name to Errol Rogers 100% Your Electric Store when Appliance Connexion launched that brand in September the same year.

The business soon outgrew the shop so new, purpose-built premises were commissioned on Hobson Avenue where 100% Errol Rogers continues today. 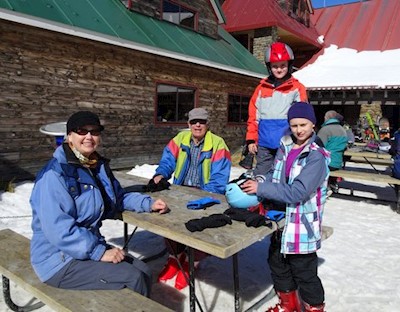 But by 2004 Lance and Chris had had enough – it was time to enjoy the fruits of their endeavours – and they sold to Tony Hood, who still owns and operates the shop.

With their love of the sea, most of the first three months were spent on a new yacht cruising around New Zealand and offshore before flying to France in 2005 for three months, six weeks of the adventure spent on the canals.

Returning home, they made the most of the yacht and a motor home which was garaged in Arrowtown.

In 2009 they were off out and about for another three months, this time to Italy and France with the US and Canada as destinations two years later then the US and France in 2014.

So life in retirement has been a mix of the Kerikeri base, overseas travel and flitting around the South Island, until three years ago when the motor home gave way to a property in Wanaka.

Lance actually reckons they haven’t really retired yet, but merely, “changed our focus.”

As he looks back on his career in our industry, Lance Gladding remembers with fondness the relationships made and the camaraderie which existed across the Fapay, then Appliance Connexion membership as well as with suppliers.

One event which stands out in his mind is a Philips dealer incentive trip to Singapore in 1990 which coincided with that country’s 25th anniversary of independence from Malaysia.

Finally, Lance pays tribute to Chris, whom he married in 1971.

“She was an absolute brick throughout and without her undying support I simply could not have coped. This was especially true when we had to wind down our HP ledger!”

Lance Gladding is 78 now and last year had both knees replaced, so this past winter he has been able to ski Cardrona to his heart’s content, without pain (see below!).

Indeed he sees the time looming when he and Chris will sell the house in Kerikeri and Wanaka will become home full time. 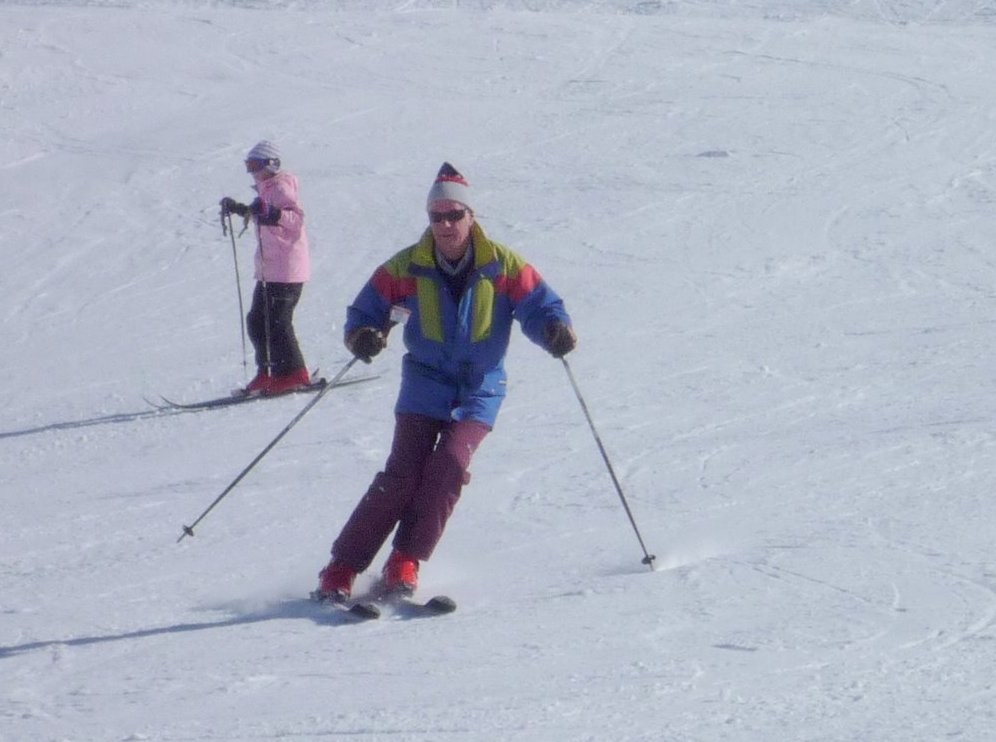 You can read other tales from our "Where are they now" series here.