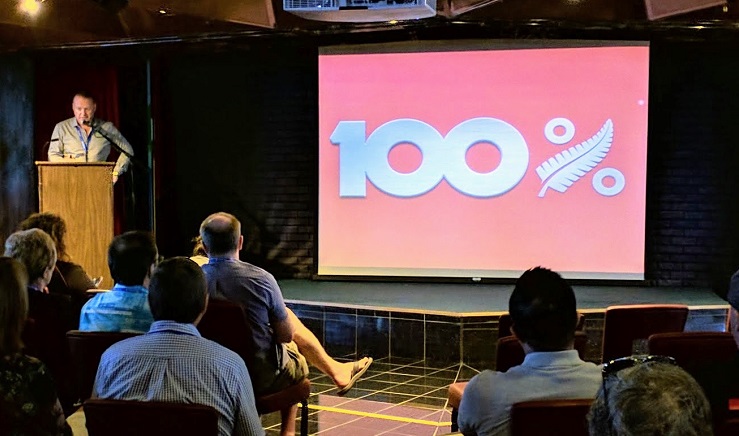 What's been happening around the key retailers of appliances and consumer electronics? Here we go, from A to Z...

As revealed during the recent very bullish 2017 Conference & Study Tour (see the photos here), Appliance Connexion will soon have a new 1OO% logo adorning its members' premises (see photo above).

Members will also have available a new category - beds & bedding - and exclusive products, thanks to an agreement with the Comfort Group.

Other big news from the trip was Ashburton's Smith & Church deciding to join the ranks of the identified 1OO% members.

Other member news was of New Plymouth’s Mason Appliances is re-engaging with the 1OO% brand some 12 months after going unidentified.

For the nine months to date, Briscoes homeware sales were +3.9% with same-store sales +4.3%.

After its abortive arrangement with Dick Smith, David Jones is getting back into electronics with a premium electronics range.

Armed with a top end selection of brands, David Jones Technology will feature in eight key stores across Australia.

It’s not known if the Wellington store will follow suit.

Farmers has agreed to lease 8,000m2 of space to create a new two-level flagship department store in the project that should get the green light mid-2018.

Recognising achievements across 11 categories, Noel Leeming was the standout retailer, Ingram Micro the leading distributor and Lexel Systems took the 2017 the honours in marketing.

As previously signalled, coming off a year boosted by high demand for third party content cards, JB Hi-Fi New Zealand’ sales for the last year were –0.3% at $234 million, with comparable sales –8.8%. Online sales were +5.3% at $4.9 million (2% of total sales) with more to come following the launch of the new website.

The store reports “strong growth” in communications, audio and whiteware and has just opened its 78th store at Royal Oak, Auckland.

In October, Smiths City announced it was deferring its planned $5.7 million capital distribution thanks to continuing “adverse trading conditions and consumer uncertainty” in the second quarter.

Saying it was more “appropriate to maintain a more conservative capital structure” at this point, Smiths City will reassess this position in 2018 as its ongoing rebranding and transformation programme.