There may be no single path to success with Father’s Day these days but opening dialogue with consumers is still key – is the industry doing enough talking? 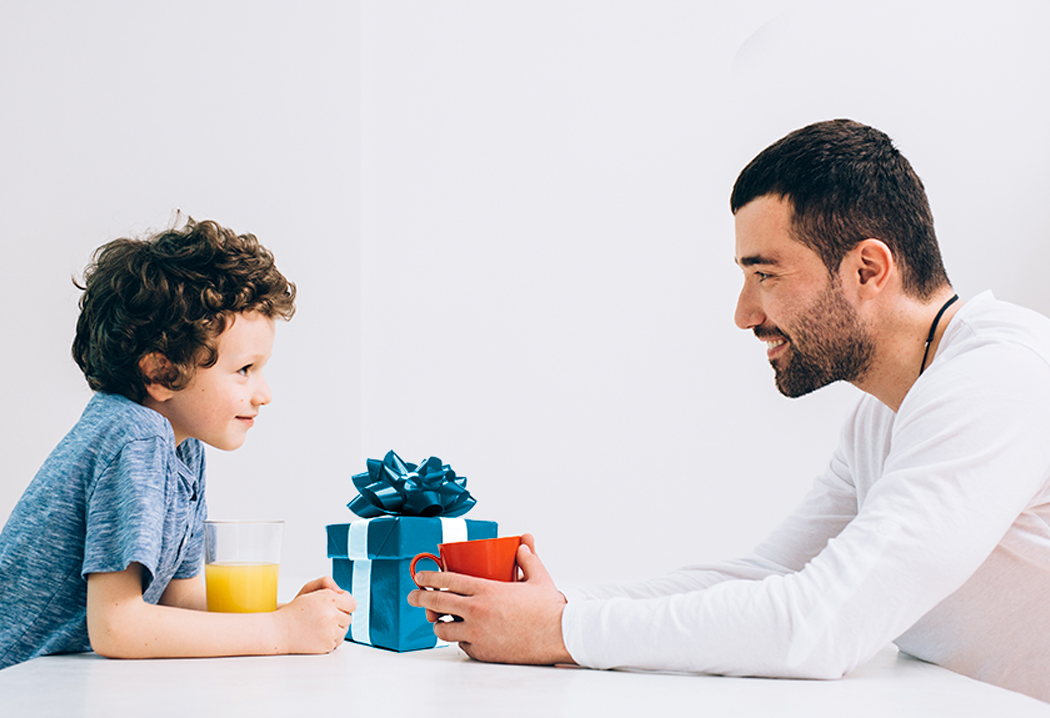 To view a PDF of the complete profile as it appeared in Wares magazine, click the
download button at the bottom of this page.

Hard to shop for, hard to sell to, and probably deserving it less than mum anyway, seems to be the consensus around why Father’s Day continues to lag behind Mother’s Day in terms of sales.

So how did some of our major suppliers fare last year when the first Sunday of September rolled around?

“It is generally accepted that Father’s Day is not as strong as Mother’s Day certainly in terms of our industry anyway and even more broadly. So last year we would have said it just came and went as there wasn’t an enormous amount of noise around the event in our industry,” says Sunbeam General Manager Sales & Marketing, Cliff Carr.

Cliff Carr’s thoughts are seconded by Key Service's Business Development Manager, Derrick Paull, who candidly admits that the Braun distributor “didn’t have the best Father’s Day last year” thanks to an ongoing product changes at the time, though he is optimistic that this year will be a big improvement on last.

For different reasons, De’Longhi’s Reece Ford feels that much of the sheen has gone from the big Father’s Day sales of old, thanks to a prominent discounting culture among retailers where there appears to be a sale every other week.

“There are many promotions now with Black Friday and ‘last day of this and that’ so people feel inundated and it’s all the same thing just wrapped in a different wrapper. So I don’t think Fathers’ day is as powerful as it once was,” he says.

On a more positive note however, a recent report by the US’s National Retail Federation shows that Americans at least still plan to spend plenty on dads this year (US$15.5 billion is one prediction!).

On a personal level...

So what have some of New Zealand’s major players got planned for this September?

Usually one to run its own promotions, Reece Ford reports that De’Longhi will be taking a different approach this year, stepping back from the management of generic promotions across all its coffee products to work with the retailers and support a more individual approach by each of them.

Previously, De’Longhi’s generic promotions across its range of coffee products have been about adding value rather than simply discounting and Ford hopes that the retailers will follow suit this September.

“I would hope they do things to enhance our products. For example, gift with purchase is a way of enhancing, because I believe Father’s Day should be a time for a genuine promotion on a more personal level rather than just a discount because if we keep discounting we’ll get to the bottom sooner or later.”

While De’Longhi takes a step back from running broad-based Father’s Day promotions, Sunbeam has gotten hands-on with its “Man versus Hunger” campaign which is aimed at promoting the company’s cooking category to New Zealand dads where the purchase of selected cooking products tempts consumers with a “year of meat”.

Cliff Carr explains that, with Father’s Day falling well ahead of many SDA manufacturers’ new product cycles, many companies don’t have new products to show off and need to get creative when creating Fathers promotional concepts.

“Promotions like this are really about giving our retailers something to shout about with the consumer. Even if it’s not a new product, it’s still a reason to start a conversation with your customers,” he says.

The campaign is also supported by a range of slightly irreverent YouTube video tutorials, showcasing slightly unconventional ways of making delicious food in novel ways with Sunbeam appliances, a slightly “tongue in cheek” approach that Carr feels helps to gain the attention of a male audience.

Derrick Paull and Key Service do have a new range of products to showcase and will be supporting stockists of Braun’s new MGK Multi grooming kits with 50% reductions for Father’s Day.

Even with new products to promote, Paull believes in fine tuning promotions to the local and thinks a laddish sense of humour is a good way to go, particularly when advertising to Kiwi men. At the time of writing therefore Key Service is developing a new TVC to support the new MGK range.

“The European advertising that we get from suppliers simply doesn’t work in New Zealand. So we absolutely we have to engage local people. Kiwi guys want somebody to make them chuckle and then they remember the brand.

“And, if you don’t have the budget to get an All Black endorsement, then you have to do something memorable.”

On the other side, established brand identities simply don’t fit with a laddish approach. While he appreciates that it works for some, Reece Ford doesn’t feel that a more blokey approach to Father’s Day works for De’Longhi.

“We don’t really like to put people into sections and generalise what they might or might not like. Society is so diverse now, so you have to be careful you don’t pigeonhole people so we tend to stay in a more generalised focus of products.”

However, as Cliff Carr points out, anything that gets people talking in a pretty tough environment might be worth the risk.

“Generally most retailers are reporting that it’s pretty tough out there.

“So, looking at Father’s Day, I feel that anything we can do to have a conversation with the customers and stimulate some discussion and try and trigger some activities has got to be a good thing.”

Father’s Day and the art of promotion

Nespresso and coffee credit – Coffee drinking dads also have some good promotions coming their way this September. Nespresso joins the father’s day spirit with a Dual offer $65 coffee credit off a consumers next Nespresso coffee order as well as a $40 cash back on the purchase of any Nespresso machine from now until September 17.
www.nespressopromotion.co.nz/Fathersday2017/cashback/main

Sunbeam’s “Man versus Hunger” – Supported by a range of “Man versus Hunger” clips on YouTube showcasing convenient and novel recipes made with Sunbeam products, this campaign focuses on Sunbeam’s range of cooking products such as pie makers, slow cookers and fry pans with purchases of selected products going into a draw to win a year’s worth of meat. The competition is valid for purchasers of eligible Sunbeam cooking products over $100 during 7 August-17 September with final claims closing on 2 October.
www.sunbeam.co.nz/yearofmeat

Breville’s bonus Knock Box – Breville is getting into the spirit of giving with purchases of the Oracle, Oracle Touch, Dynamic Duo or Barista Express receiving a bonus Knock Box Grind Bin valued at $69.95. This offer is open now until 30 September with claims needing to be received by 15 October.
www.breville.co.nz

Remington waxes on (and off) – Remington has teamed up with ArmorAll to create the Ultimate Shaver Pack that includes a Remington Rechargeable Shaver, ArmorAll PROGLIDE Wash & Wax and an ArmorAll Microfibre 2-in-1 Wash Pad to keep dads and their cars looking great.
www.remington.co.nz

Outside the box – weird and wonderful for Father’s Day

Here is a selection of stuff from around the world that falls a little outside our normal purview but could stimulate some out-of-the-box thinking around Father’s Day.

Gourmia GTC8000 Fusion Tea Loose Leaf Tea Maker – There are plenty of coffee makers around but some dads prefer tea and this very cool looking gizmo offers all the control and features you would ever need when making a brew. www.gourmia.com

Gosun Solar Dogger – Forget charcoal or gas, this amazing looking item cooks with the power of the sun’s rays, even on cloudy days. It’s very portable too, though it works best for tube shaped food!
www.gosunstove.com

SmartPlate TopView – Dieting dads can take their nutrition monitoring to the next level with SmartPlate, “the world’s first Intelligent Nutrition Platform that uses advanced photo recognition and AI technology to identify, analyse, and track everything you eat in mere seconds.” www.getsmartplate.com

VibraCool – Combines high frequency vibration and ice with a carefully moulded neoprene strap to relieve pain from tendinitis and muscular injury. Great for the dad who tends to ignore injuries. www.vibracool.com

Darth Vader Waffle Maker – We had to include at least one Star Wars themed product. This one speaks for itself really. www.fun.com/darth-vader-waffle-maker.html

Get dad some Remington

Remington’s packs for dad this year start with the Groom & Go Precision Kit featuring a battery operated precision groomer with two interchangeable stainless steel heads. Next step up is the Power Pro Grooming Kit with a handy hair and nose & ear trimmer, plus one for detail work.

Engineered for wet or dry use, the WETech Hyperflex Rotary Shaver Pack features multi-flexing heads that actively flex and adapt to facial contours, maximising skin contact for a smooth, close shave. The pack also includes a portable waterproof speaker to add some fun to a morning routine.

This Father’s Day, VSforMen has a range of tech-heavy grooming products for dads of all levels of hairiness.

With beards of all lengths still en vogue the X3 PRO Beard & Stubble Trimmer features high strength steel blades that cut 25% faster than previous models, a smart comb guide for length consistency with 15 precision settings and a 5 minute quick charge for a single beard trim and 60 minute cordless use from 90 minute full charge.