Best known for his time at Philips, the career of Theo Naus has been a far more diverse affair than you’d think. 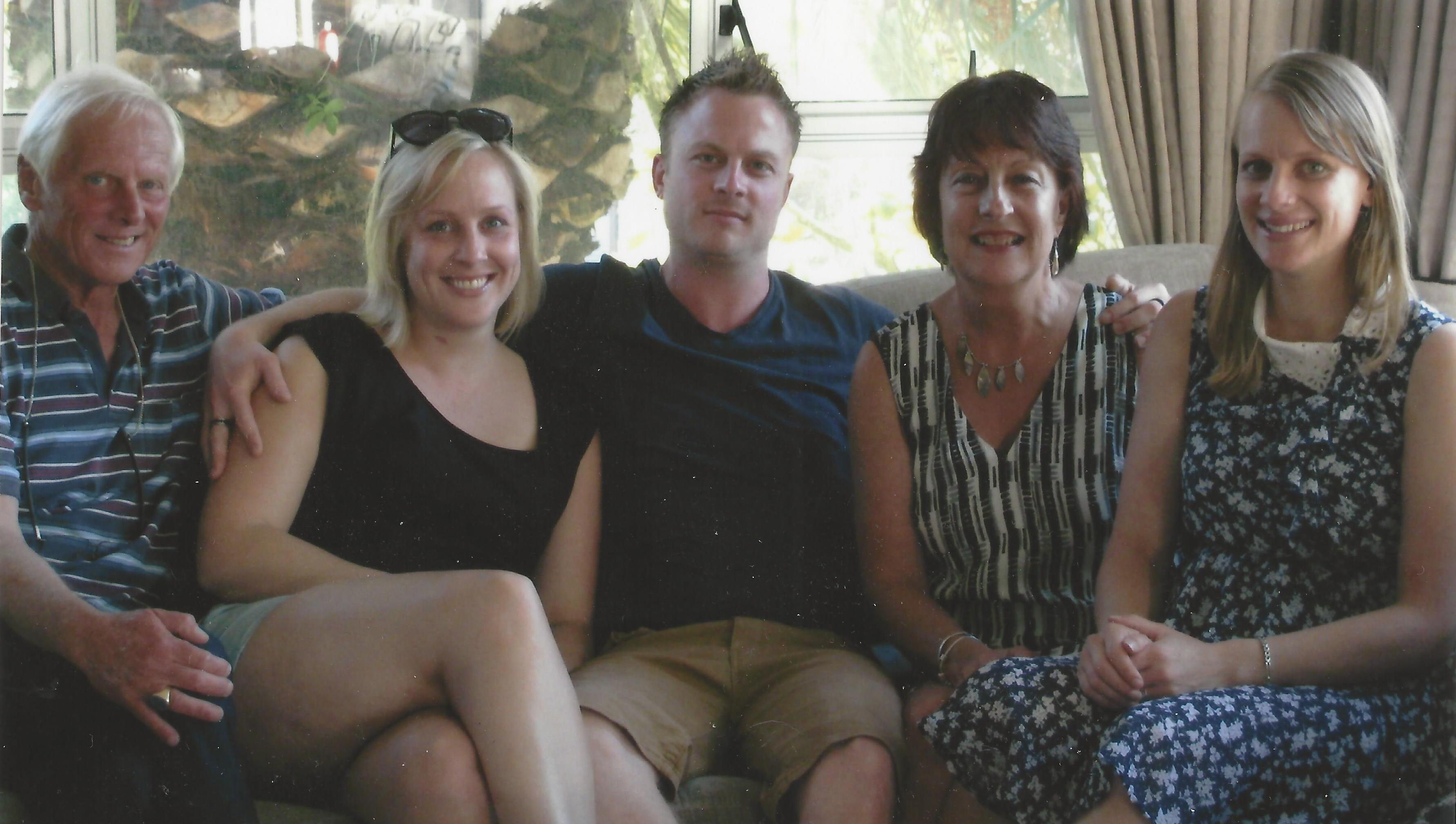 Theo Naus was born within a year of his Dutch parents emigrating to New Zealand. They had the good sense to settle in Dunedin, in fact right next door to legendary cricketer Bert Sutcliffe.

Pre-high school, Theo was educated at Opoho Primary School and Dunedin North Intermediate before Naus senior accepted a transfer with the insurance company he worked for and the Wellington suburb of Tawa became home for the family.

Tawa College prepared Theo for Victoria University where he graduated with a Bachelor of Commerce and Administration (BCA) degree, majoring in Marketing.

One might have expected Theo to immediately set about carving out a career, but this didn’t happen.

“I had been driving trucks during the university holidays,” he tells me, “and, by the time I graduated, frankly I was sick of the constant mental application so decided to take time out and become a full time truck driver for a year!”

Late in 1975 however Theo applied for a job with Philips, was interviewed by the late Les Fuller (Divisional Manager for Consumer Products) and joined the company as Product Manager Small Domestic Appliances.

“Philishave was the leading light of our range but we also had Ladyshave, irons, mixers, coffee makers and others, even sun beds.”

A naturally diligent, meticulous and accurate man, Theo shone in this role and after a year or so was called to a meeting with Les and National Sales Manager, the late Willie Morton, who felt he would benefit from some time on the road.

The outcome of that discussion was that he was appointed Sales Representative for Philips Consumer Products Division, covering part of Wellington, the Manawatu and Taranaki.

That period of his career was extremely rewarding, Theo tells me, not only for the many friendships made but also for the expansion of his all-round industry knowledge.

The relationships he developed with the likes of Jim Bulloch, Steve Williams, Brian Watt, Graham Goss and the late Alan Martin were special and he remembers well the close attention given to the LV Martin catalogues as a means to analyse competitive activity.

“I remember those guys being hard on the one hand but fair and ethical on the other. We had pricing structures that we worked within and we all made decent margins,” recalls Theo today. 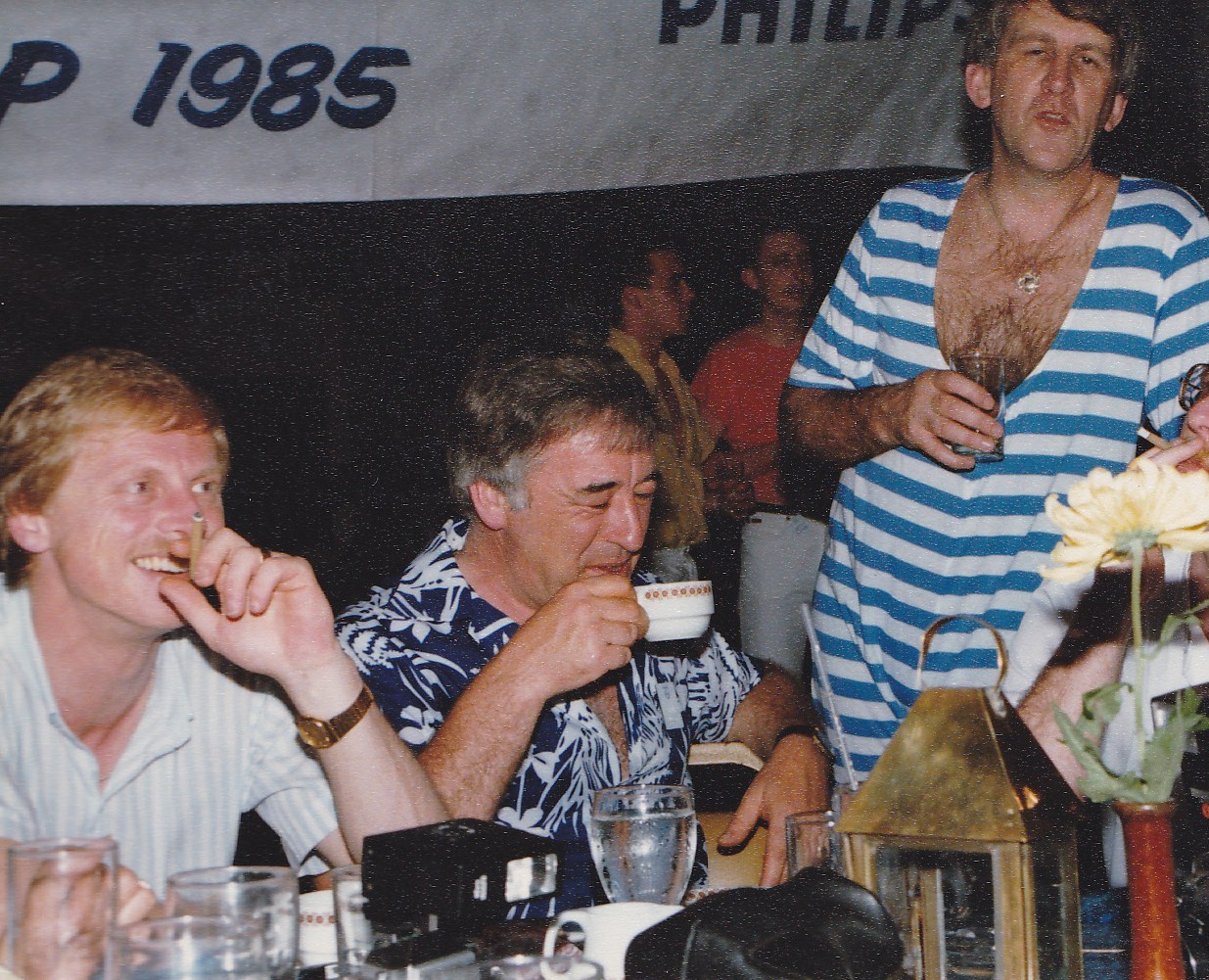 The Big OE and “going Dutch”…

1978 was a significant year for Theo: “Yes, I married my childhood sweetheart, Jenny Budd, and we decided to go overseas as young people do.”

The couple went to Holland where Theo had family and first headed north to Groningen which was where the Philips small appliance activity was headquartered.

While he was there, Theo applied for a position. “They seemed keen to have me on board but a decision was taking too long.

"So, without sufficient money to hang about waiting, we shifted down to The Hague and took some temporary work before I accepted a marketing role with Rank Xerox for whom I worked for nearly five years.”

Theo was deputised to do pricing plans, marketing strategies, competitive analysis and a range of technical things.

Theo remembers his stint there as “most enjoyable, excellent preparation for what would follow”.

Then it was time to come home to New Zealand, with Theo and Jenny about to start a family. 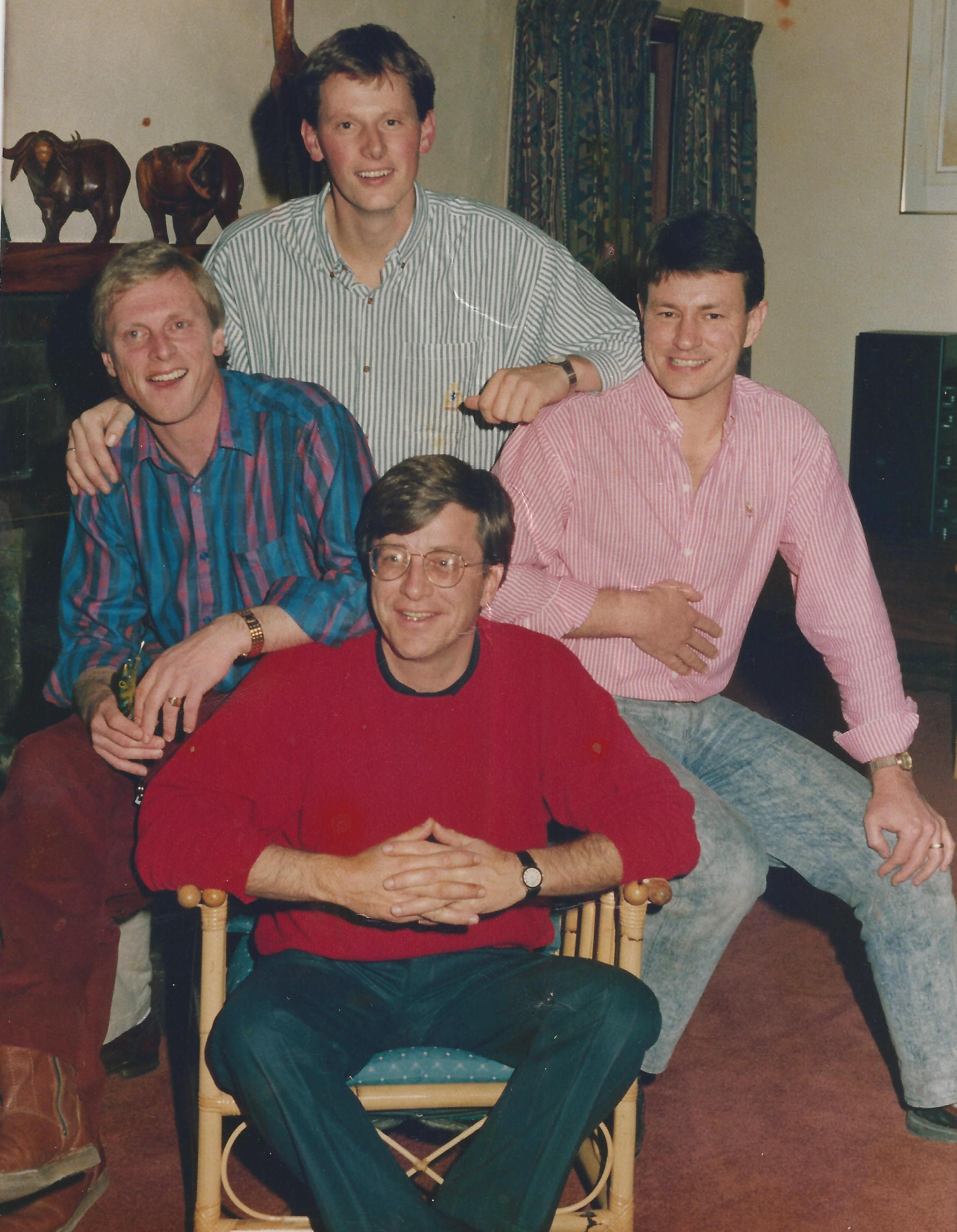 Back to Tawa and Philips

Wellington was the logical destination and as it happened, they ended up back in Tawa with Theo knocking on Philips’ door.

Iain MacKenzie and Willie Morton were joint Consumer Divisional Managers by now and they welcomed him back to the fold, as Marketing Manager Major Domestic Appliances, based in the new Philips Tower at Britannic House on Jervois Quay.

“I reported to the late Graham Kirkwood, who was Divisional Manager Domestic Appliances at the time,” says Theo.

“Then, when Graham moved on to other things outside Philips, I moved into his position, then responsible for both major and small appliances.”

At that time Philips had just launched refrigeration which Theo recalls was a “really tough battle” to establish, thanks to Fisher & Paykel’s dominance and the high tariffs imposed on imported goods.

“It was a battle we could never win as it turned out, so difficult to even get into the market, let alone be price-competitive.”

PSIS gave Philips good support and some non-F&P independents as well, notably Chainey’s but in the end, says Theo: “We retired gracefully, which was a pity because our products were of excellent quality.”

At the time, microwave ovens were in their infancy but this was a category which grew rapidly under Theo’s stewardship.

Julie Thornton was already on board as a demonstrator and retail staff trainer and with ovens becoming more sophisticated she was an integral part of the Philips team and in fact, was regarded as one of the leading supplier trainers of the day. 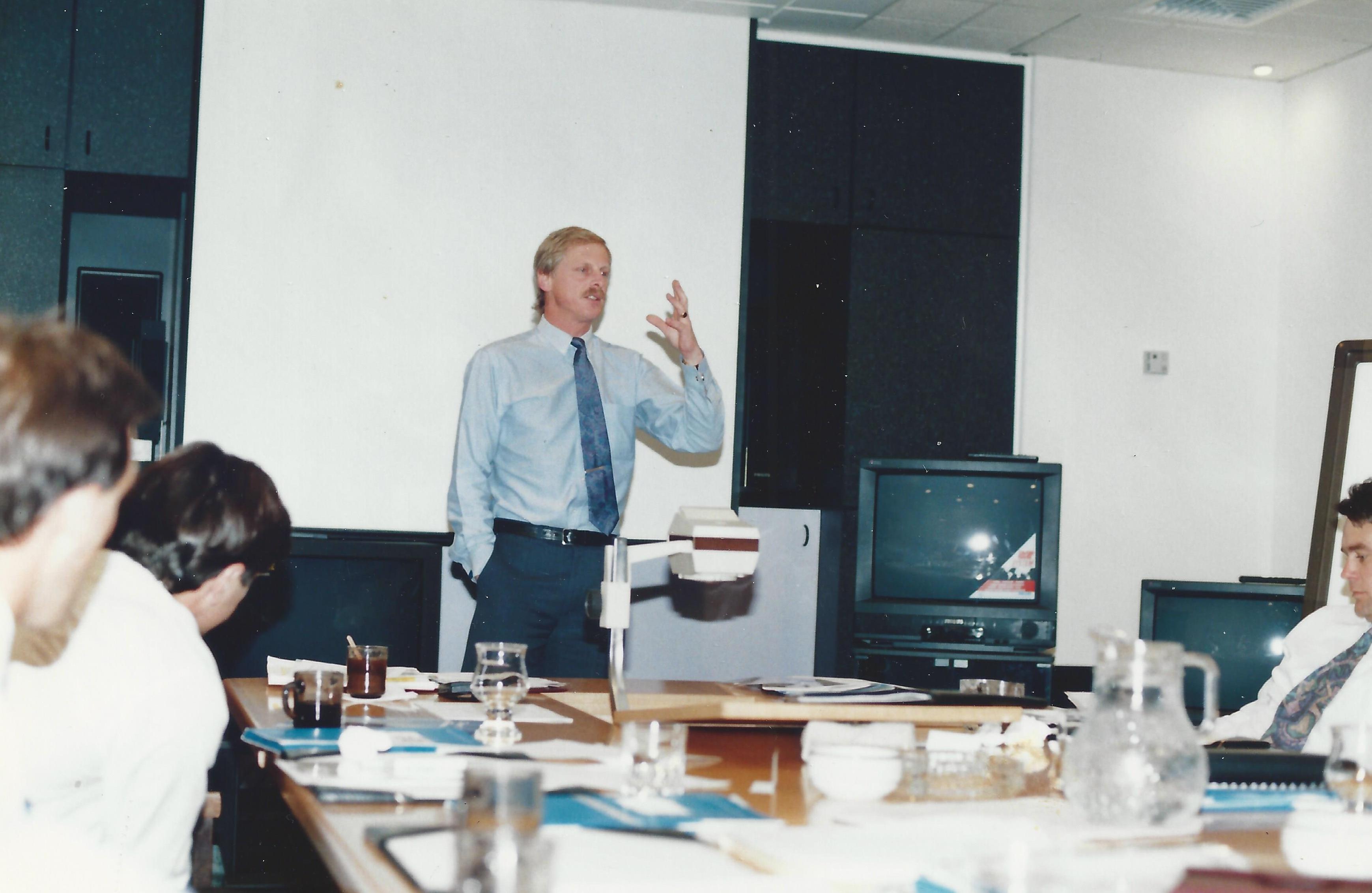 Mt Eden instead of Eindhoven

His talent was clearly noticed, to the extent that he was encouraged by the Dutch management to apply for an expat role based in head office, one which may well have been a stepping stone to the international circuit.

With a young family to consider this was a big decision but, with Jenny’s support, Theo travelled to Eindhoven for an interview which went well.

However, at the last minute, the potential move fell through and, although very disappointed, Theo knuckled down to the task at hand here in New Zealand.

At the beginning of 1988, Philips moved its head office to Auckland, firstly into the old Pye building in Mt Eden Road then in October 1990 into the refurbished building in Wagener Place which was originally home to Auckland Branch.

Theo would have a couple more years heading up appliances and one working with car audio but, as a result of another round of restructuring, it was time for something new.

Theo describes his time with Philips, during which he worked under no less than seven Managing Directors, as working in an environment where there was something which made the place very special.

“There was a tightness, an adhesiveness, a spirit of friendship which made it unique.”

This lasting camaraderie has led Theo to be an integral part of the organising committee for five Philips reunions over the past 12 years and has a database of more than 1,200 ex Philips staff members. 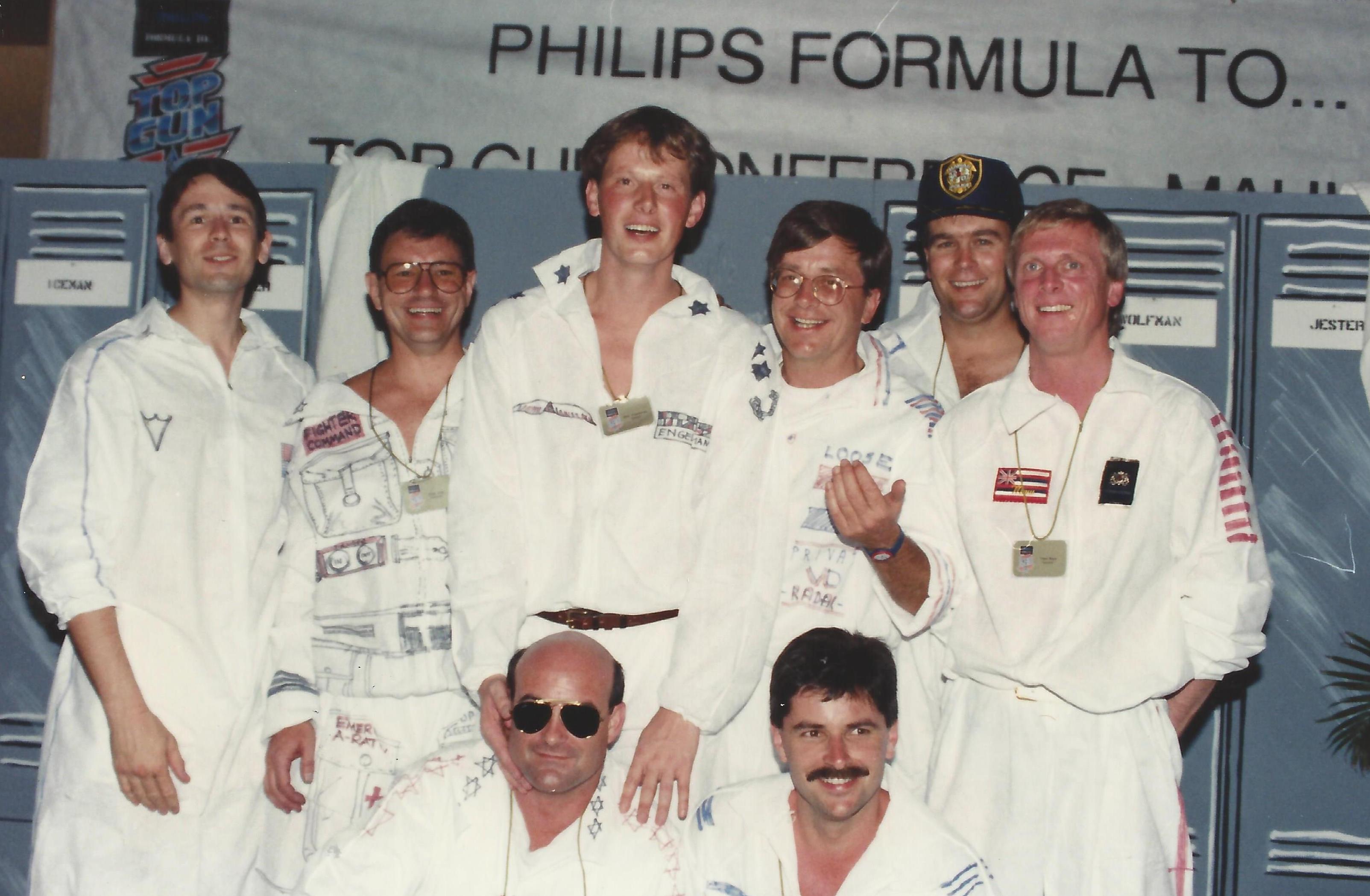 Diversifying in the nineties and noughties

Moving on to the next stage in Theo Naus’ career and NEC Home Electronics, which was establishing a New Zealand operation, based in Auckland and reporting into Australia.

Theo was recruited as the inaugural General Manager, serving a two-year stint before tackling something completely different.

He went into a role at World of Learning with its encyclopaedia called World Book as New Zealand Manager in 1995, then after a year moved to Boyd Reynolds, now called Boyd Visuals, before taking up consultancy on his own account.

With the new millennium came another change as Theo joined the Ministry of Health’s IT department in 2001 as a Service Delivery Manager.

He spent nearly 10 years travelling around the country liaising between IT people and internal MOH system users.

He recalls; “This was a most rewarding time and, like most other segments of my career, I made some good friends and contacts that remain so today.”

Come 2011, major reorganisation in several Government departments was underway and, after surviving two rounds of restructuring, Theo’s position was eventually made redundant.

Two years in the packaging industry followed before Theo reverted to consultancy with clients including Monaco Corporation where his project was the evaluation of Krups coffee machines. 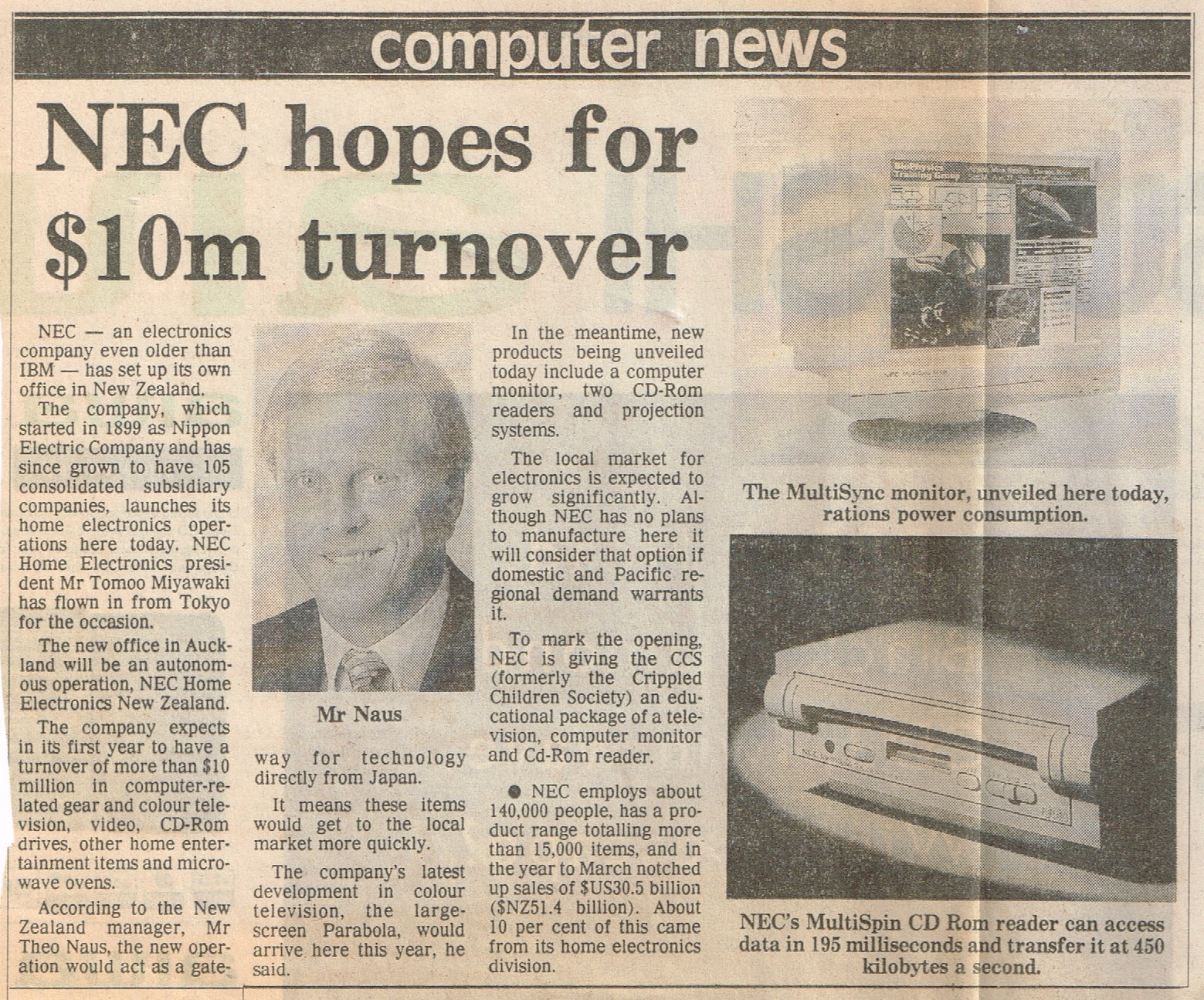 A breath of fresh air

These days Theo Naus (below right) is an independent contractor to Sayr Ventilation.

“I’ve been doing this for six years now and enjoy it immensely,” he says.

“The results are always most pleasing as, without exception, clients say it’s the best thing they have ever done! It keeps me busy – the hours are long but it’s very rewarding.”

Theo operates in Auckland and as far south as the Waikato and Thames and in the north up to Warkworth.

Theo’s considerable analytical skills are also called on at General Election and Census time. For the last three elections he has trained polling booth workers and has had five month contracts over the last three censuses.

Both these side-bars are part time and set to be in place for next month’s General Election and next year’s Census.

Away from the workplace, Theo is a passionate sports fan, especially when the team is playing with the gold “O” or the Silver Fern over the heart, having represented Otago, Mana and Wellington in various age groups at football, cricket and softball.

He’s also an old rocker from way back having played in bands after leaving school.

These days, he describes his pop preferences today as “old gold”, although his tastes in music are nothing if not wide ranging.

Theo and Jenny have three adult children, a son David, and two daughters, Annelies who is mum to a one year old grandson Reuben (plus another little one on the way) and Danielle, who gets married in January, so family is very much top of mind.

Coupled with a very busy work schedule, he exclaims, “Life is all go.”

You can read other tales from our "Where are they now" series here.