20-25 September saw Cologne host the 2016 Photokina photo and video trade fair, the biggest annual event in the photography calendar. Here are a few of the obvious highlights we have picked up from around the traps.

In the Micro Four Thirds camera space the Olympus E-M1 Mark II stood out with its small size and feature rich capability. But a surprise came from recent player YI with the YI M1, a 20MP Micro Four Thirds mirrorless camera, the Chinese company’s first ever mirrorless model with an almost entirely touchscreen-based user interface that’s situates it as an ideal model for avid smartphone camera users wanting to step up in quality.

Instant photography also had some announcements with Fujifilm introducing monochrome film and revealing plans for a square format camera and film.

Also in the instant space Leica revealed Sofort (“sofort” meaning “immediately”), its first instant camera and, at the other end of the instant spectrum, Polaroid showed off the update to its Snap, the Polaroid Snap touch.

There were also a marked number of new entries to the action camera market, some of which are featured below.

A recent survey from ABI Research bodes well for models like Nikon’s new KeyMission 360 (see elsewhere in this section), forecasting that “while most new technologies experience a slow market entrance, 360° video will likely skip that trend, thanks to its ties to virtual reality (VR) and early investment from major technology players including Facebook, Samsung, and YouTube. ABI Research forecasts professional grade cameras and mid-tier, prosumer 360-degree cameras to hit nearly two million shipments by 2021, with consumer 360° cameras to top four million by the same year.”

Huawei and Leica Camera AG have expanded their strategic collaboration with the establishment of a jointly operated research and innovation centre. The launch follows the public announcement of their long-term technology partnership in the field of optical engineering, and the launch of the multiple award-winning Huawei P9 and P9 Plus smartphones – the first collaboration between the two companies.

The new lab, located at Leica’s global HQ in Wetzlar, Germany, will drive further development of optical systems and software-based technologies to improve imaging quality in a wide range of photographic and mobile device applications.

Additional outcomes will include the creation of computational imaging, augmented reality (AR), and virtual reality (VR) solutions. Huawei and Leica will dedicate R&D resources, and also plan to collaborate with German and international universities and research institutions. 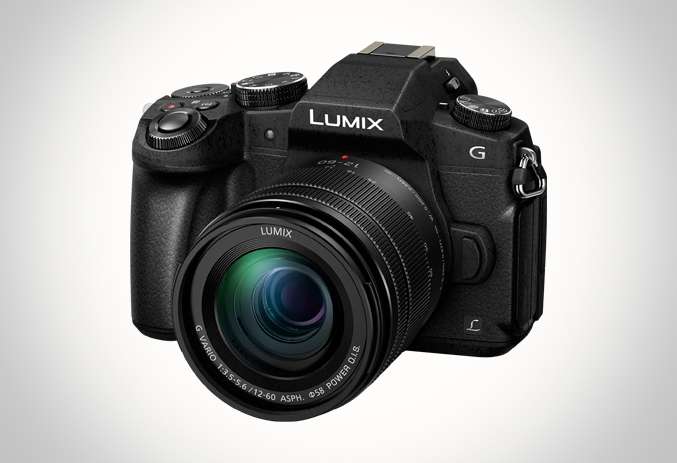 As well as wining acclaim for the GH5 video at Photokina, Panasonic debuted the LUMIX G85, a new rugged design Digital Single Lens Mirrorless camera. A new feature called Focus Stacking allows you to change the depth of field of a photograph after shooting, and a large 2360K-dot high-resolution OLED Live View Finder offers exceptional visibility, especially for photographers who wear glasses. Meanwhile, the free-angle large touch-control monitor makes shooting easier in high and low angles. GH5 has a new shutter unit and magnesium front panel to reduce shutter shock and suppress vibration in the camera. 5-axis Body Stabilisation can work with Panasonic’s Image Stabiliser lenses using a brand new system called Dual I.S. 2, which allows for unprecedented levels of camera stabilisation from wide to telephoto shooting. Finally, the 4K photo mode means a series of photos are captured at 30 fps, letting photographers find their favourite shot which can then be saved as an 8MP high-resolution still photo. 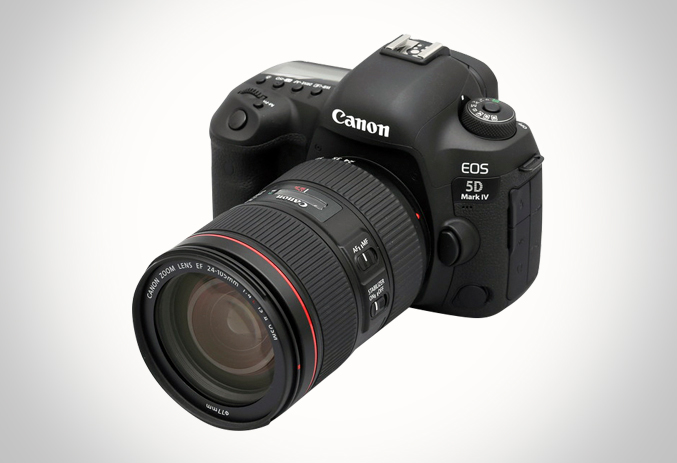 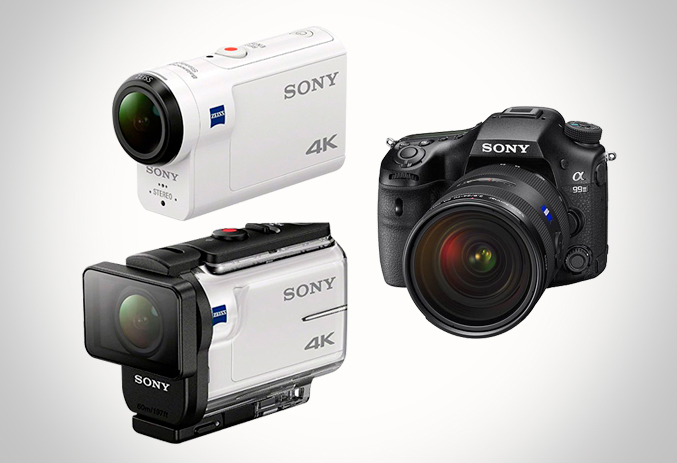 Sony was also at Photokina with a raft of new products including its new a99 II flagship A-mount camera with a Hybrid Phase Detection AF system incorporating 79 accurate hybrid cross points and offering continuous shooting at up to 12fps. Sony also joined the steadily populating action camera race with the FDR-X3000R boasting the integration of Balanced Optical SteadyShot and 4K video. 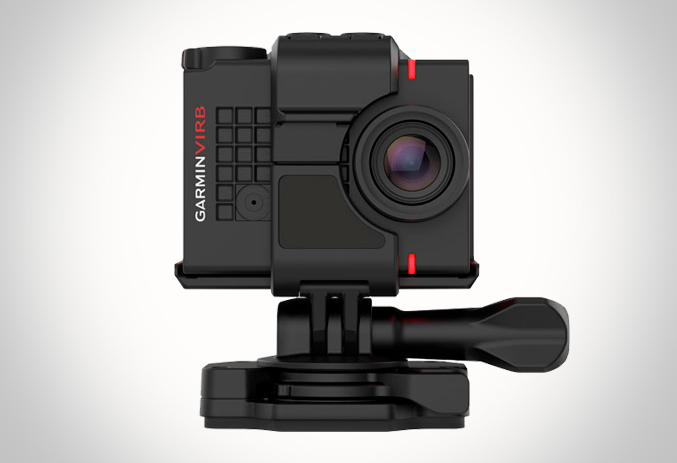 Garmin has now entered the action camera market with the Virb Ultra 30. This well designed model features 4K/30fps recording with a 1.75-inch touchscreen display, 3-axis image stabilization and voice control. Built-in sensors and GPS capture G-Metric data to prove how far, how high and how fast you went. 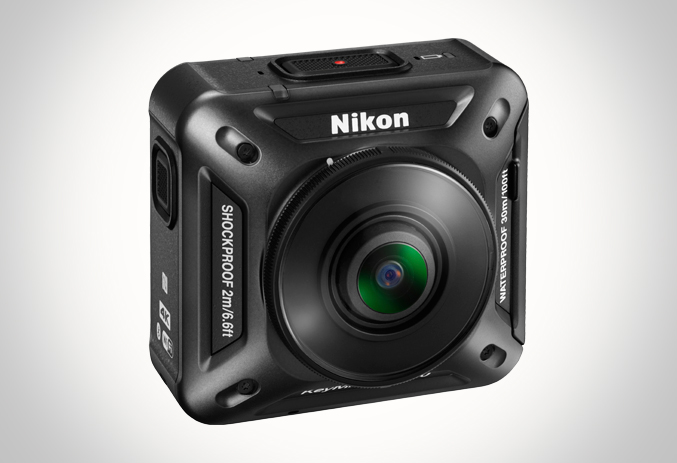 While Nikon was one of many to enter the action camera game at Photokina, its KeyMission series does have points of difference, ranging from chest-wearable cams, GoPro type models and most interestingly, 360° cameras.

KeyMission 80 is a chest-mountable camera that comes with a magnetic mount for quick access and photography in the moment. It has a front- and a rear facing lens for instant selfies and is waterproof and shockproof.

KeyMission 170 is the most obvious GoPro competitor and is waterproof to 10 meters, can shoot time lapses, 4K video and all the other things you’d expect from an action camera.

The standout however is the KeyMission 360, this 360° camera is waterproof to 30 meters, shock proof if it falls from head-height and shoots 360 video in 4K, which has excellent implications for VR use. 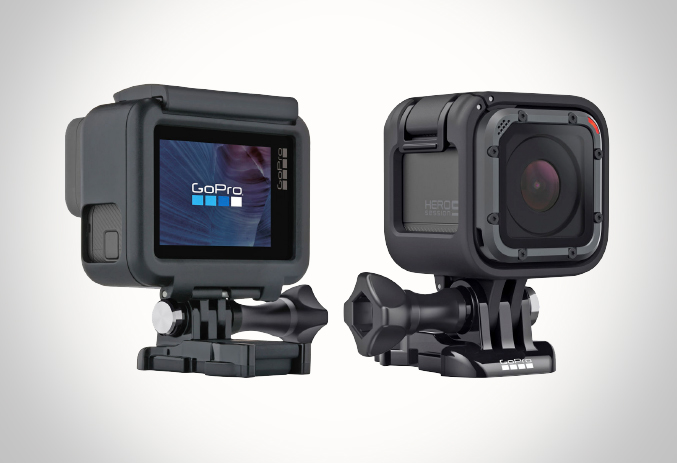 The new GoPro Hero5 action cam is already available and improves upon the Hero4 with water proofing that’s good to go in up to 30 feet underwater without an additional case. It also adds voice commands to power up and down, start and stop time lapses and tag important moments while recording. Hero5 also captures 4K footage at up to 30 frames per second, 2K at 60 frames per second, has a touch screen for ease of use, image stabilisation and GPS built in for tagging location data.

GoPro’s smallest camera also got a similar update with the Hero5 Session. Also waterproof, accepting voice commands and with higher video specs in the same small package. Both models can store content wirelessly with the new GoPro Plus cloud service.