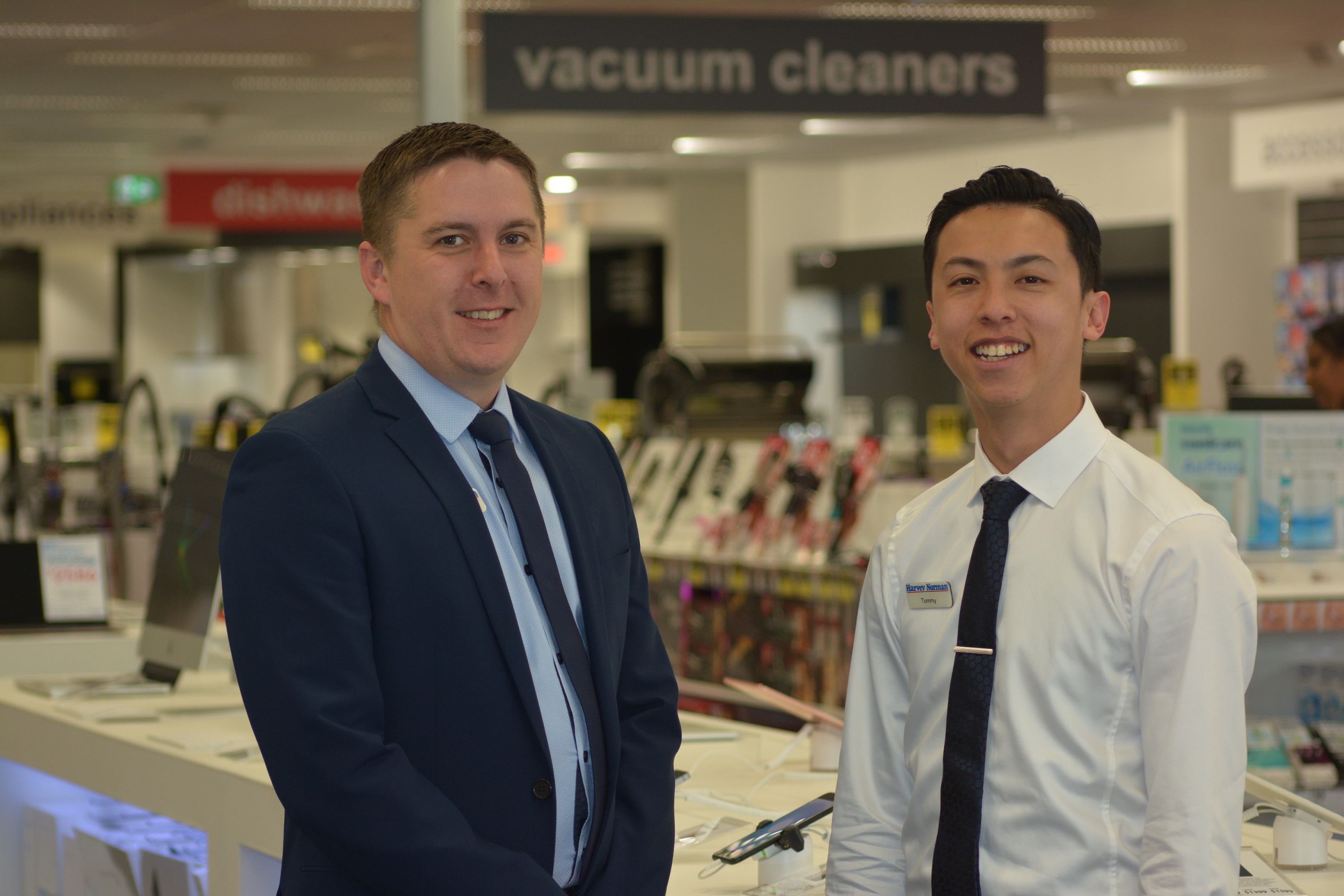 New Harvey Norman Queenstown joint proprietors, Scott Sales and Tommy Tong (above), are now up and running in a 1,823m2 tenancy within the former Mitre 10 premises in a prime position on one of the area's busiest corners, opposite the New World supermarket.

“This is a very strategic position for any business wanting to be part of the Remarkables Park Town Centre, and we predict these high profile tenancies will be snapped up now Harvey Norman has opened its doors,” says Tim Thomas, Commercial Agent at Colliers Queenstown.

North Queenslander Scott Sales, who will run the Computers & Communications department says: “I came to New Zealand last year and worked in other locations because I wanted to be close to Queenstown. For me to be in Queenstown now, doing what I love, makes total sense."

Tommy Tong runs the store’s Electrical Department and has worked for Harvey Norman for four years, previously in Auckland and Palmerston North.

The new store employs around 30 staff and stocks the core range of electrical and computer products in addition to some more niche ranges to meet the higher end of the market. It also has a commercial division, as you would expect.