What mothers want, what they really, really want

Contrary to popular belief, Mother’s Day (Sunday 8 May this year!) was not invented by opportunistic retailers to boost sales and consumerism. Nothing could be further from the truth. Terry Herbert reports. 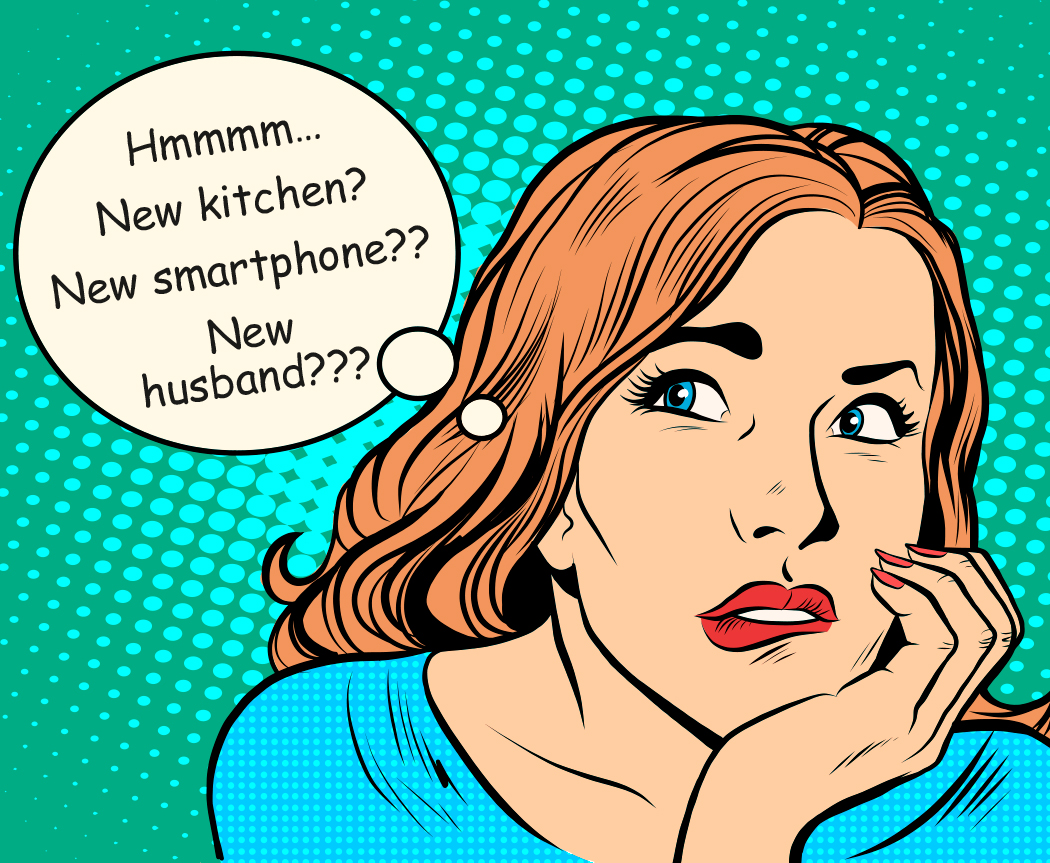 Even Freud went on record to say he found it impossible to understand women. What chance then does a knuckle-dragging bloke like me have when it comes to understanding the most complex creature ever created – mothers?

That’s why for this Mother’s Day issue we sought answers, exclusively, from those best qualified to answer. Yep, we talked to mums.

In the beginning mothers and daughters created Mother’s Day. That’s what Auckland University social anthropologist and mother, Dr Phyllis Herda, answers when we ask about the origins of Mother’s Day.

She tells us: “The modern Mother’s Day goes back to two women in the US. Both women were peace activists. The first, Julia Ward Howe, tried after the Civil War in the 1870s to launch ‘Mothers Remembrance Day’ to honour those who nursed and lost sons in the war.

“That didn’t take off for 30 some years when another activist, Anna Jarvis, whose mother died in 1905, lobbied Senate for a national mother’s day. Anna Jarvis didn’t even have children but Mother’s Day stuck!

“Finally, in 1914, President Woodrow Wilson declared a national Mother’s Day, the second Sunday in May, which coincided with the death of Anna Jarvis’ mother.

“The original connection to mothers goes back thousands of years to pagan times,” Dr Herda continues.

“Coming out of the northern hemisphere winter, early spring flowers on pagan altars symbolised motherhood and fertility. This morphed over millennia to celebrating mothers of many religions.

“Most notable was the Christian festival, Mothering Sunday, in honour of the Virgin Mary, which was celebrated on the fourth Sunday of Lent, three weeks before Easter. Gradually this led to celebrating all mothers with gifts of flowers and food.

“Mother’s Sunday was a time when servants were allowed one Sunday off a year to visit their mothers. Spring flowers were gathered and a marzipan cake was given as mothers’ gifts.”

Drawing a long bow, I ask Dr Herda if she could make a connection with modern appliances and Mother’s Day. The answer was surprisingly swift and confirmatory: “Absolutely,” she tells us laughing, “but feminists might be up in arms when they hear this.

Here, there and everywhere

From domestic goddess we segue to the new Goddess Ultimate, Vidal Sassoon’s very latest steam straightener, and, according to Conair’s Haircare Category Manager and mother, Belinda Davis: “The perfect Mother’s Day gift – it’s a beauty transformation that takes only minutes.”

We ask what makes a successful Mother’s Day promotion? Belinda Davis, who is responsible for both Australasian markets, admits it’s a question of balance: “We normally do a 70:30 split with Australia and NZ. It’s always a question of advertising spend and activity over return.

“We do a lot of paid media activity. We work with our media agency and we sponsor third party sites including a lot of Facebook and remarketing. We do a lot of Google advertising as well.

“As I said before, our hero product is the VS Goddess. We launched that for Mother’s Day across all touch points. We’re in-store doing displays, demo events and digital campaigns. Mother’s Day is what we call a Tier Two campaign. Tier One is when we go on TV.

“Our Tier One activity is all about Christmas. That’s our big push. Compared to Christmas, Mother’s Day is a smaller uplift. With the VS Goddess Ultimate, the way we work with retailers is the Mother’s Day ‘sell-in’.

“It is a key selling period for us to present to retailers and get additional lines ranged. It’s not just a Mother’s Day product, it’s going to be an ongoing range line. We’re just taking advantage of this key sell-in to get it on the shelf.

“We have a lot of men buying these as gifting items which is why Mother’s Day and birthday occasions are so important. We’re not talking to the core target consumer, we’re talking to anyone who would buy Vidal Sassoon as a gifting item. Partners, daughters, sons, mothers - pretty much anyone is a target.”

Family lunches, breakfast in bed, flowers and chocolates still rate for mums. Dr Phyllis Herda was kind enough to run an impromptu survey around her department of what mothers want and expect on their day.

“This barely rates as qualitative research,” she admits, “But a dozen mums I asked talked about flowers, chocolates, delights, breakfast in bed, special lunches, someone else cooking and wish lists.

“The father figure for example wanted jewellery, but only the father figure. Also children making things. Again and again, it’s about putting love into whatever they’re making for mum.”

"Women popularised the ‘Angel of the Home’ as a cult of true womanhood. Anything that was a link to the home and labour-saving domestic appliances was encouraged”

“If mothers want a partner or older children to buy them something significant, they’ll wheel out the big guns. This is ‘Mother’ we’re talking about, so hints, notes, passive protests and withholding privileges can all come in to play.”

That’s the theory – how does this play out in the real world? Electrolux Food Ambassador Sally Obermeder, on www.thinkingofyou.com.au, says: “Have you been dropping hints about what you’d like to unwrap on Mother’s Day?”

Her response? “Are you kidding? I have been constantly sending pictures of gift ideas. I have also recruited my daughter to say things like ‘Don’t forget to buy Mum something amazing!’ It really is quite shameless!”

Another is whether women are indeed reluctant to buy big ticket household or appliance items. Retirement Commissioner, Diane Maxwell, has been reported elsewhere as saying: “Women are more risk averse. They tend to do more day-to-day management of their money. They may want these (big ticket) items but justify it more easily when men make the purchases for them.

We turn for comment to Marianne McKenzie, Managing Director of Media Agency Rainmakers, who agrees that appealing to the gift buying consumer is challenging.

“The big retail appliance ad spenders will launch their Mother’s Day campaigns with a big generic crowd pleaser so the whole family gets to watch with mum. The dinner is eaten, dishes done and everyone sits down with Shorty Street, My First Home or The Bachelor.”

What are the best channels to reach the gift buying masses? “There’s no doubt that online ad spend is getting bigger and bigger but television is still the most cost-efficient way to reach the masses,” she says.

“Apart from Shorty Street on TV2, the Mother’s Day TV ad spend will still screen mostly on TVOne and TV3.

“Typically the launch will be a 30-second TVC in Shortland Street or One News. When you consider one 30 second spot in Shorty Street will set you back nearly $16,000, you can see how the numbers quickly climb into six and seven figures.

“After the initial launch, television activity drops to 15 second spots and then the 30s ramp up again just prior to Mother’s Day.”

What does Marianne McKenzie want for her Mother’s Day? “My husband always spoils me with something thoughtful. I’d like a new iPhone but I think that’s on me. I’d be happy with a long lunch somewhere nice.”

In the days leading up to Mother’s Day, we can draw the conclusion that Mother’s Day was neither invented nor particularly exploited by retailers. We have liberal academics and mothers to corroborate that theory and origin.

Mother’s Day is like a mini-Christmas campaign and therefore costly to promote, but appliances as gifts will continue to have broad appeal. The buying public will just have to be more aware of their purchasing hints, subtle or otherwise.

This is the day to acknowledge and honour the woman that brought you (and all of us) into this world. Spoil your Mum. She deserves it!

Some mother’s do buy ‘em – who spends where on mother’s day?

Who spends what to make Mother’s Day happen and where do mums go to spend on themselves?

The first table reveals what advertisers spent in the day leading up to Sunday 10 May last year.

This table may well also indicate what sort of gifts are bought and, frankly, how little thought and consideration some children spare on their precious mums.

Too many of you appear to have dashed into Paper Plus or a $2 Shop to buy a last minute Mother’s Day card and stuffed a Powerball ticket with a quick scrawled note inside.

Shame on you – spend a bit more thought on the woman who brought life into your world!

Our second Nielsen table reveals attitudinal preferences – where mothers shop, why they shop and what they buy.

Other outtakes include proof that women actively seek bargains, so they can go home after a hard day’s shopping and say: “Darling, look how much I saved us today!” 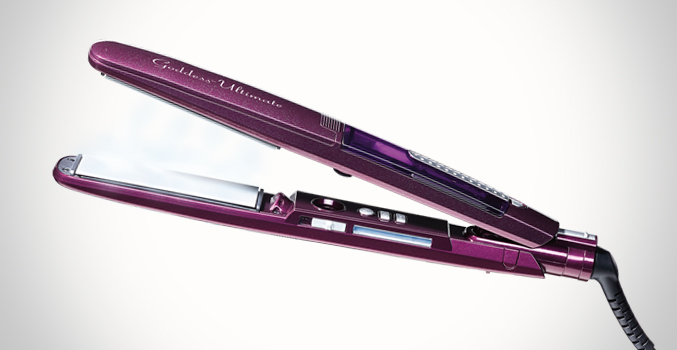 VS Sassoon’s new Goddess Ultimate is an update on the best-selling straightener that tackles the hardest to handle hair making it resistant to humidity for a frizz-free, shiny, soft-to-the-touch, long lasting finish. It can be used to create poker straight long hair in seconds! 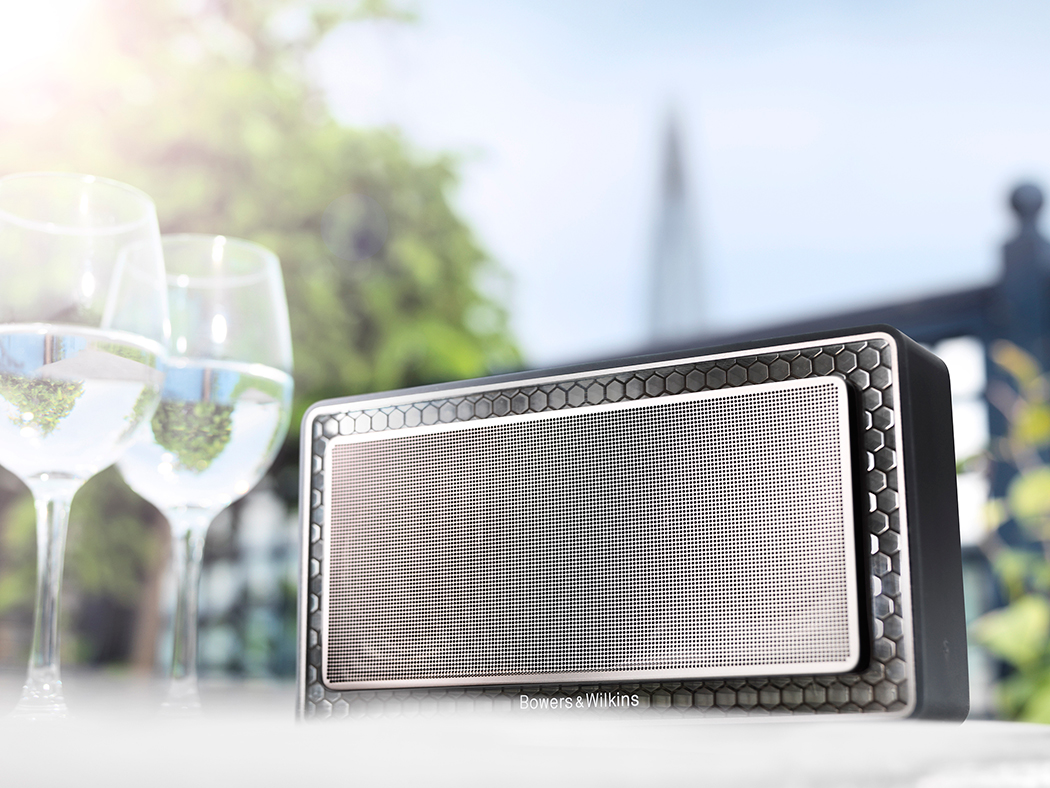 The cutting-edge Bowers & Wilkins T7 is a little speaker with a big sound. The elegant T7 delivers best-in-class sound for portable wireless Bluetooth speakers in a beautiful, compact package. 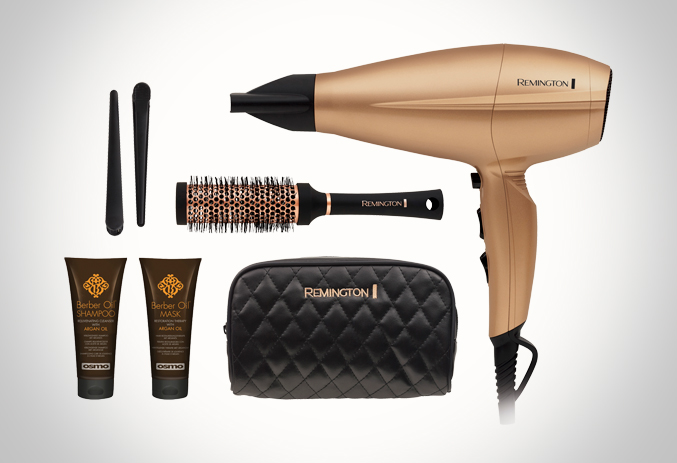 The full spectrum of brands

Styling while caring for your hair has never been easier with the Remington Keratin & Argan Oil Nourish Conical Tong. Remington’s biotechnological Keratin is known to restore, repair and enhance shine while the Argan Oil infusion nourishes hair, adding shine and reducing frizz.

The Remington Shine Revival Hair Dryer Pack allows mothers to achieve salon quality hair styles in their own home. With a professional-grade motor and a range of accessories, this hair dryer pack is the perfect home styling kit.

The Russell Hobbs Vintage Collection showcases the retro styling that Russell Hobbs is well-known for. With stainless steel housing, the 4 slice toaster cooks bread up to 48% faster. The matching kettle maintains the iconic vintage shape, offering a large 1.8L capacity.