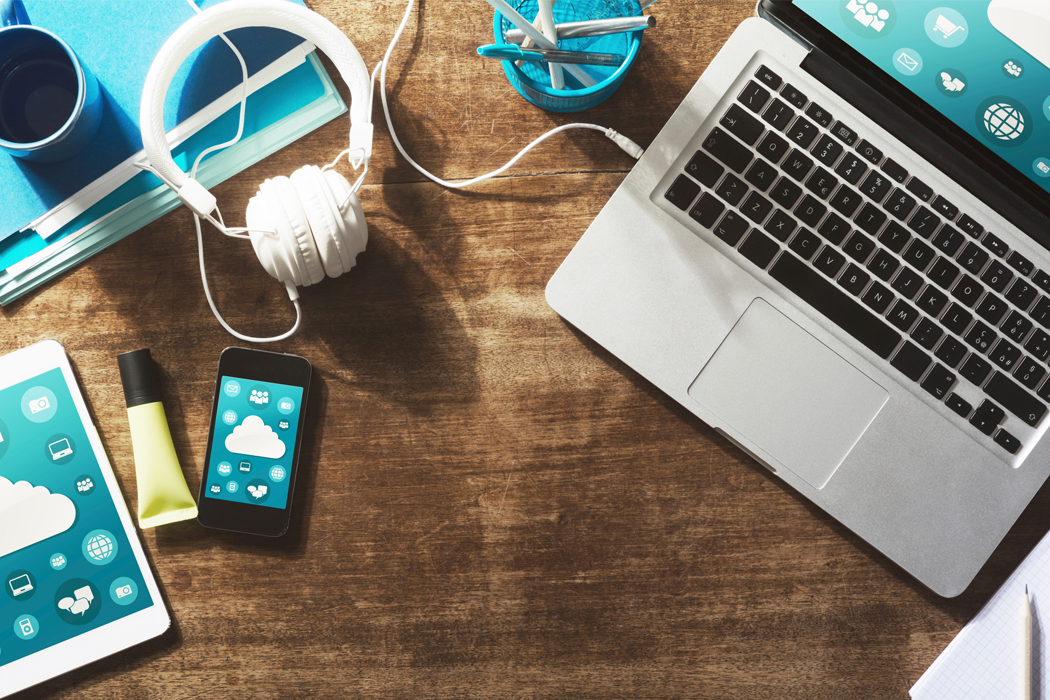 Has the thrill gone from laptops?

After 2015 saw the highest sales in the last 10 years, says GfK (www.gfk.com), the NZ market’s volume fell by 15% in units. This decline is a consequence of a drop in Laptops, specifically in the larger 15”+ screen sizes. The only segment growing in volume are 2-in-1 products of less than 15”. In terms of value, 2-in-1s are seeing growth but the market is flat overall YTD (+1%).

Desktops down again – Volumes in the NZ Desktop segment dropped 24% and almost 10% in value YTD June 2016, says GfK. There has been an ASP increase in this category, but this couldn’t balance out the drop in value. Sales of Touchscreen All-in-Ones (AIOs) and to some extent Towers are to blame, although Non-Touchscreen AIOs are growing.

Stick with bigger, more powerful tablets – GfK’s final insight into the local IT category is that Mediatablets are down almost 20% in units and 6% by value, YTD June 2016. The drop is coming from lower capacity (sub-16GB) and smaller screen size products, whereas the higher capacity products are growing in units. One segment which is growing is 3G/4G, achieving a 12% unit share YTD, up from 8% last year. 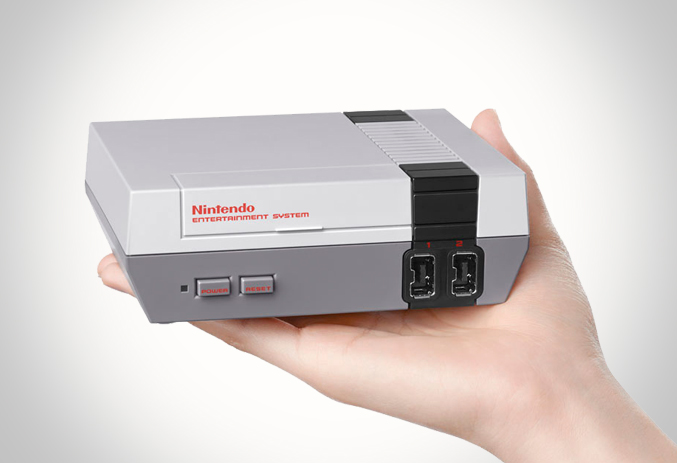 Back to the future with Nintendo?

Nintendo may still have its next generation NX gaming console under wraps, but rumour has it already that it will be a primarily portable design with built-in display and two detachable controllers.

NX may even use cartridges as well as downloaded content, but much of the insider information out there right now is merely speculative.

Classic Mini (photo below) launches across Australasia on November 10. Including no less than 30 classic NES games, Nintendo itself bills the new offering as its “ultimate retro gaming experience” – “relive the 1980s!” it proclaims!

The new Classic Mini NES Controller can also be used to play Virtual Console NES games on a Wii U or Wii console.

Note that an AC adapter for the USB cable is required to play the system but is not included in the packaging.

Microsoft hints at next generation Xbox

Microsoft talked long about Xbox, the current models and those soon to come at the recent E3 show.

The new Xbox One S (photo above) is out in August, small in stature (in fact the smallest Xbox to date) and coloured retro white. Rocking 4K Ultra HD for Blu-ray movies and content streamed from Netflix etc, it also brings High Dynamic Range (HDR) support for video and gaming.

The reaction to the news of Xbox One S however was rather subdued in comparison to the noise generated by “Project Scorpio”, the next-gen Xbox console, which is said to be capable of “true 4K gaming” and “VR without compromise”.

With the 4K-capable next generation of PlayStation codenamed Neo also in the works and creating its own buzz and momentum in the marketplace, the Xbox team simply cannot afford to keep too quiet about Project Scorpio.

Which is why press at the E3 show came away with a launch date (“holiday 2017”), the fact that it’ll be the most powerful Xbox ever (because it needs to cope with VR!) and the promise that all current Xbox One and One S accessories will also work with Scorpio. 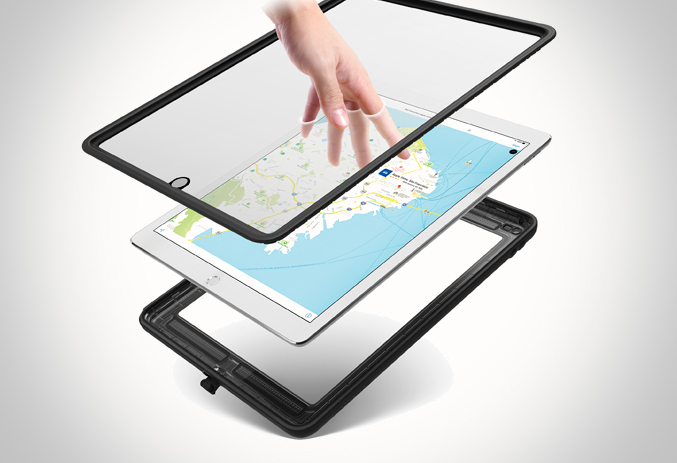 Catalyst, the manufacturer of the world’s most protective and versatile iPhone cases and waterproof accessories, has introduced the Catalyst case for the 12.9” iPad Pro, the only fully functional waterproof, everyday case in the world for this device. Catalyst is also announcing Catalyst Exclusives, a collection of special limited edition products, including a premium aluminium version of the award-winning Catalyst case for the Apple Watch. Catalyst Exclusives will also feature a limited edition version of the Catalyst Waterproof Sleeves in a translucent white waterproof shell with a quilted orange inner organiser. 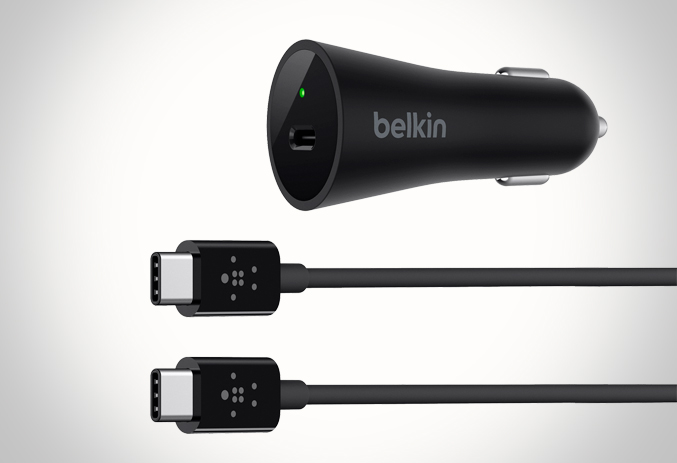 In June Belkin launched the industry’s first USB-C Car Charger + Cable with power delivery, making it easier to charge smartphones, tablets, wearables and ultrabooks in the car using a universally compatible device. The sturdy, 1.2m long cable will reach from the power source to passenger seats and hidden power outlets. Supports 5V and 9V USB-PD up to 3A, total 27W output so you can charge 5V/3A-capable smartphones up to 70% faster than standard 5W chargers as well as larger devices, such as tablets and ultrabooks using 9V USB-PD output. Compatible with most brands, supports USB 2.0 data transfer for existing devices 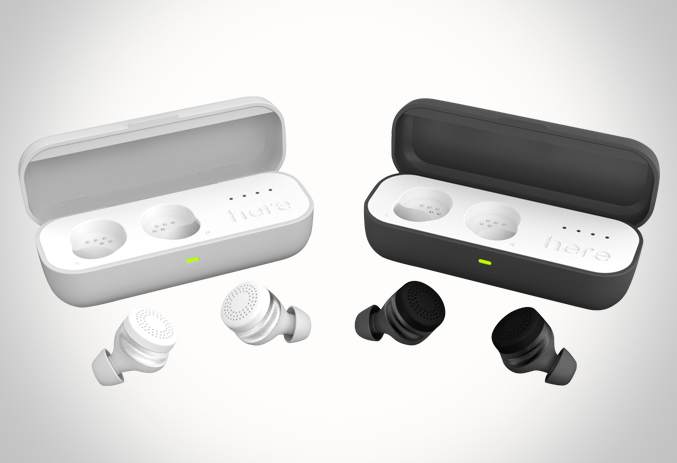 Due for commercial release later this year, Doppler Labs’ Here One “all-in-one wireless listening system” is two wireless smart buds and a connected app, combining the functionality of conventional headphones with Doppler Labs’ proprietary smart listening and noise filtering technologies. It will reduce ambient noise (say a crying baby), amplify speech, access Siri or Google Now, stream music, take phone calls, or layer digital audio over real-world sound (i.e. it’ll stream Spotify on a run while you remain safely aware of what’s around you). Its clever case is also how you recharge the product. Here One is pre-ordering for US$299 and for the US only at this time. 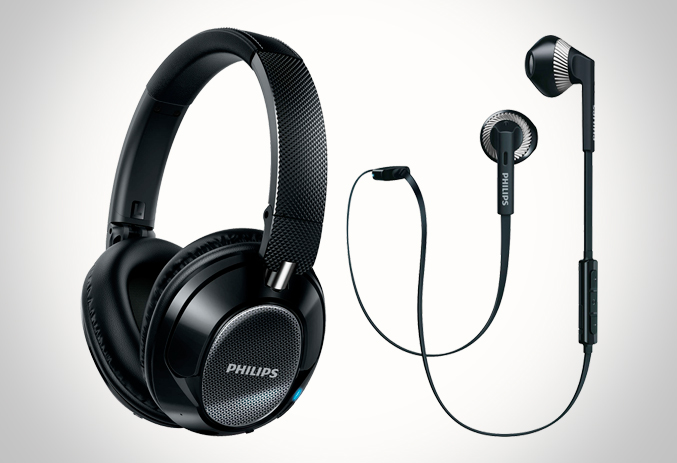 Starting at the top of the range, SHB9850NC with ActiveShield Pro boasts up to 99% noise cancellation, smart touch control and one-tap NFC pairing with Bluetooth devices. High Resolution audio reproduces music in its purest form and 40mm neodymium speaker drivers deliver precision sound. SHB9850NC is foldable and closed back.

SHB7250 (RRP $199.99) is also foldable with digital bass boost and Bluetooth; easily switch from music to calls and enjoy comfort on the go, thanks to soft-cushioned earshells. 40mm neodymium drivers give deep bass and clear sound, and the closed-back design offers optimised sound isolation.

Rounding off the range, SHB5250 / SHB5250W (RRP $99.99) is designed for wireless freedom on the go, these Bluetooth in-ear earphones feature 14.2mm drivers for big bass and optimal fit, designed around ear geometry. 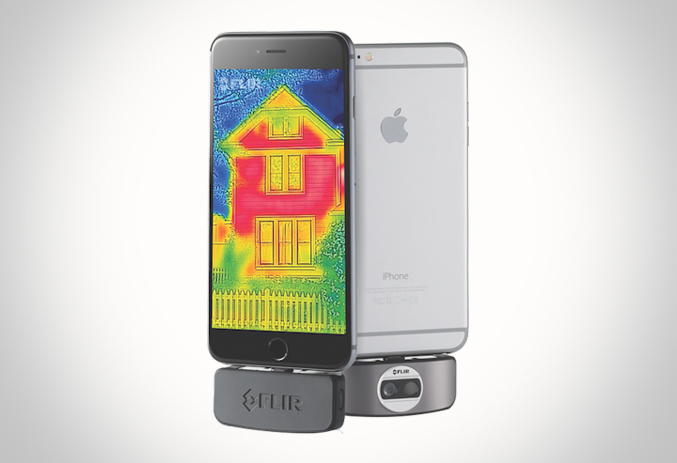 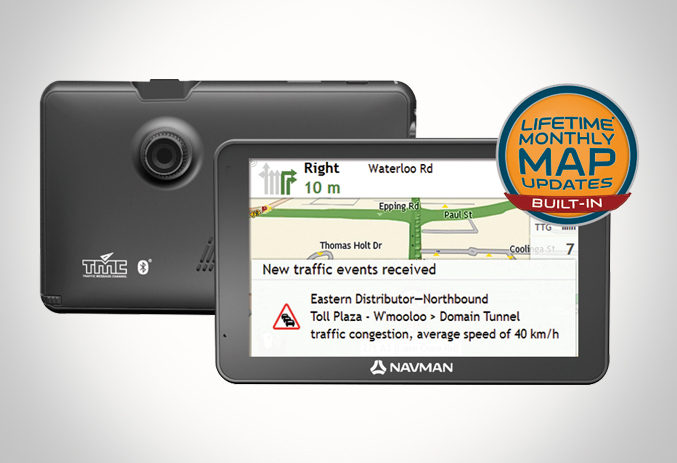 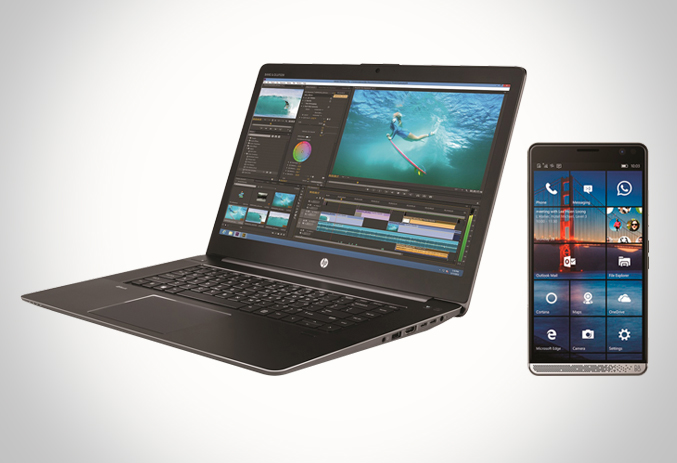 Wares was there to hear Grant Hopkins, Managing Director at HP New Zealand tell us New Zealanders are among some of the fastest adopters of technology in the world. “In the last three to five years we have seen a huge increase in hot-desking. Workers of all generations want flexible working conditions. HP want to provide New Zealanders with the right tools to work from anywhere.”

From the HP Elite x3 smartphone (“phablet”) to the HP ZBook Studio G3 Workstation, these are HP’s thinnest and lightest built-for-business devices boasting the performance, innovation, and reliability you would expect from this trusted technology partner. With the exception of the Elite x3 which will announce availability and pricing late in 2016 all other devices are available now. 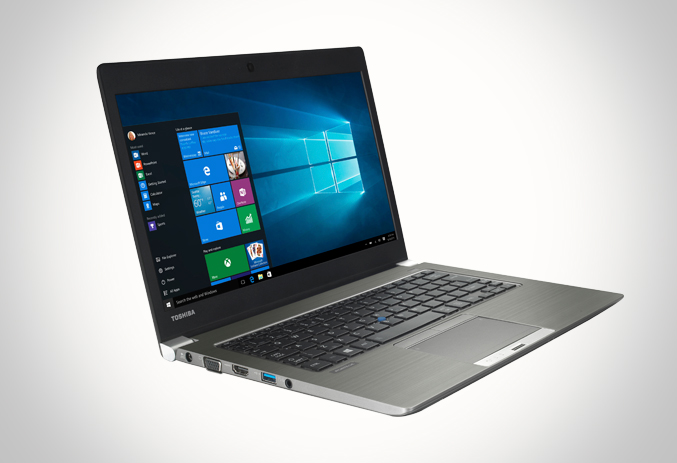 Aimed at business professionals, each of Toshiba’s new devices is optimised for Windows 10 Pro, with 6th Generation Intel Core dual-core i5/i7 processors and sleek, durable design, to meet the varying needs of users.

The Portégé Series is ultraportable, high-performance, and reliable. This series offers the perfect balance between productivity and mobility.

The Tecra Series was designed with medium to large organisations in mind, with a line-up of capable desktop replacement solutions that are mobile yet with power and performance.

The Satellite Pro-Series is for mobile professionals looking for a thin, light and affordable notebook value that’s packed with all the basics and proven reliability to keep the business moving. 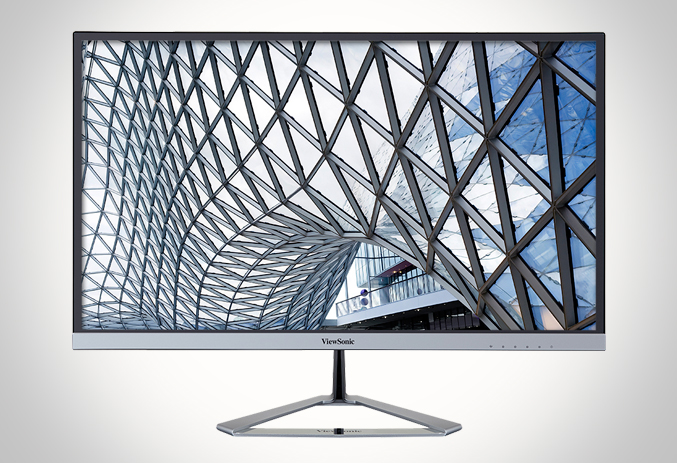 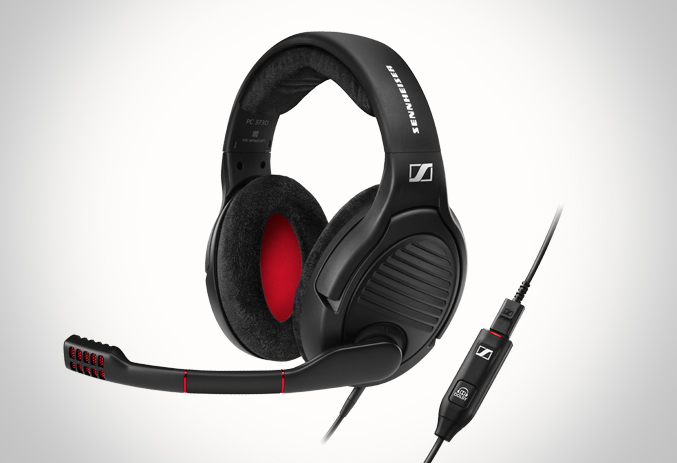