With a glass half full (not empty!)

The subject of our latest “where are they now?” is all-round character, Dave McNeill. Merv Robertson reports. 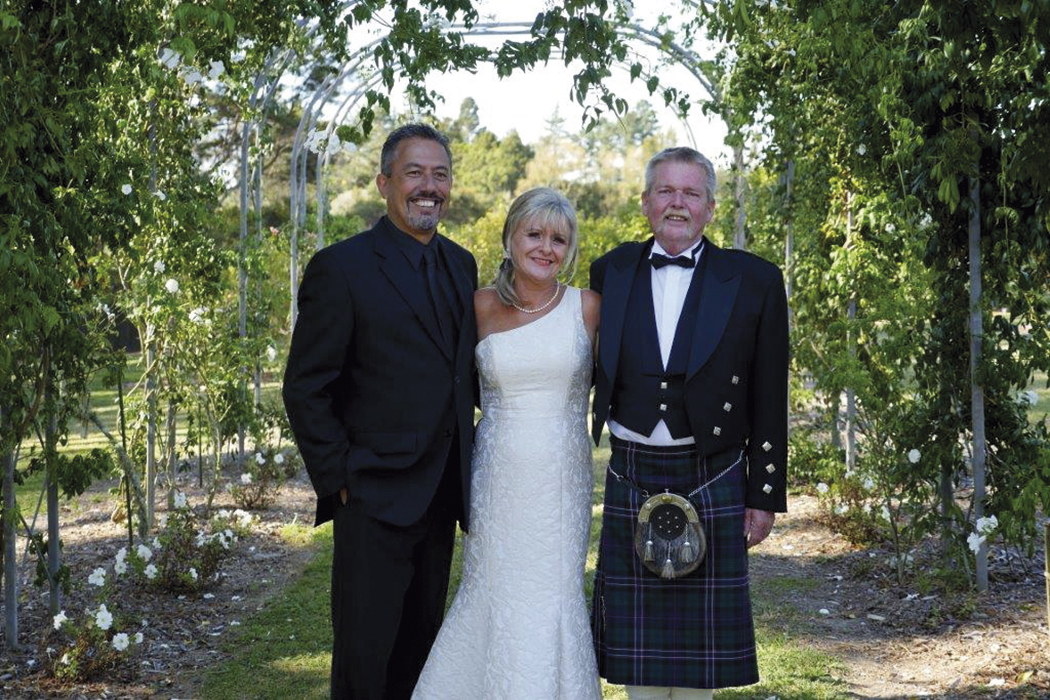 “Mr McNeill, the world awaits you!” Soon after he had helped Green Bay High School Second XV win their divisional rugby final, Dave McNeill, self-confessed prankster and son of a Scotsman, had his 5th form year brought to an abrupt end with those few words from the headmaster.

Dave tried his hand at being an office machine mechanic and a travelling rep before he spotted a Bond & Bond advert for a delivery boy in the Onehunga shop. This was 1981 and his first foray into appliance retailing, a career which continued until last year when he left Appliance Shed.

Back in 1981, Dave transferred to Birkenhead as relieving manager. A year later he was Manager at Otahuhu. He remembers the store’s TV rentals campaign: “Most of my customers were freezing workers, so I used to tour the pubs each Thursday afternoon (pay day) to collect and receipt their money before they could spend it. Our arrears dropped by 70%.”

By 1982, Dave had received an Award for Excellence as Best Manager Overall but left Bond & Bond the following year to join Bill Belton, owner of the Takapuna Stereo & Video Centre, as Manager of a new shop opening in Dominion Road.

Seeing the need for consolidation, not fragmentation, over time Dave closed all but Dominion Road which expanded until it filled the entire corner of Dominion & Valley Roads. The “Big Blue Shop” was a local landmark for many years.

THE GENESIS OF APPLIANCE SHED

Following the 1987 share market crash, Bill Belton took a “sabbatical”. On his return in 1992, Dave McNeill bought a 50% shareholding and the pair formed a formidable partnership that lasted until 2001, when Dave wanted a change.

Around that time, Mark Campbell had started selling factory seconds one weekend a month in East Tamaki and Dave went out to have a look. “There must have been 400 people queued outside. He was on to something!” Long story short, the pair went into business together in premises vacated by Hardy’s Appliances in Papatoetoe.

“Our strategy was to use factory seconds as the draw card, but we were unsure how to market firsts and seconds alongside each other. Through a contact at Fisher & Paykel in Sydney, we flew across the ditch and met with the owners of 2nds World. Those guys were brilliant and, at the end of the trip, we had it nailed. Appliance Shed was born.”

By 2003 it was time to “up the ante”. First the operation’s colour scheme changed to the yellow that has since become synonymous with Appliance Shed. Then Mike King was signed up as the brand’s front man.

Appliance Shed hit the airwaves and newspapers in June, with the first of the firm’s “Famous Brand’’ campaigns. “If a supplier had a problem, we had a solution and the concept was a raging success.”

“Famous Brand” seconds, along with firsts at discounted prices, loud, audacious marketing and the “Mike King factor” continued and Appliance Shed expanded into Glenfield and Henderson and the Papatoetoe store relocated to Cavendish Drive in Manukau City. A fourth branch opened in St Lukes last year.

PROUD OF THEIR ACHIEVEMENT

The year before, in late 2012, Dave McNeill and Mark Campbell had been approached by the owners of DTR who wanted to purchase Appliance Shed. Dave recalls: “We were done. We were also proud of what we had achieved and maybe no other duo would have got this thing off the ground.”

At that point Mark Campbell bid his farewells, but Cherie Kerrison, who had joined the company some years earlier, signed up as General Manager in the new company and Dave McNeill agreed to stay on under a two-year contract as Sales & Operations Manager. Unfortunately he became ill, and finished in early August 2013.

Rested and in good health again, Dave has spent time renovating his 1940s bach in Russell and, with some nudging from good friend Mike King, has done a little mentoring, something he is keen to pursue more seriously.

But the main event since Dave McNeill left our industry has been his marriage to partner Lynn Jones on 21 March this year. With Mike King as celebrant, Dave was resplendent in traditional Scottish regalia (see photo!).

In closing our trip back over the years, Dave admits he misses the industry. He also paid the highest tribute to Mark Campbell: “Mark was a tremendous partner, I couldn’t have wished for better. He knew the difference between glass half empty and half full. And together, our glass was never half empty. Cheers!”